Trailer parking at the ramps is always at a premium on weekends especially so if the weather forecast is favourable. We decided to try the Coast Guard ramp on the northern bank of the Mooloolah River and were fortunate to secure one of only two remaining spaces. Mudjimba Island was the destination and although the swell was low the visibility was an unknown factor following the recent deluge. We anchored on The Wall and looking down the anchor line gave us some hope of about 5 m of visibility. Our descent though the water column gave us a top 4 m heavily laden with particles that thinned out to finer particles providing a reasonable visibility, but as we neared the anchor at 11 m it just closed in again such that we almost ran head first into the substrate. That being the case we went along the wall at 7-9 m and returned at 6-7 m depth this giving us between 5 & 8 m of visibility. The rough weather and run off have impacted the species count although the ubiquitous ones are still there and presenting in the usual, and in some cases, increased numbers.

Taxonomic Diversity:
Of the 21 sea slugs sighted that belong to the Order Nudibranchia, all were dorids, comprising 15 cryptobranchs (retractable gill), again over two-thirds, (14, all but one, from the Chromodorididae Family) 1 x phanerobranch (non-retractile gill) and 5 were porostomes (suctorial feeders and all Phyllidiidae Family). The balance of 2 were spread across other orders as follows: 1 x Sacoglossa and 1 x Cephalaspidea. The Chromodorididae family again dominates the species count, a trend that continues. If diet is considered 21 of the 23 species, more than 90% of the total, are spongivores. Almost 30% of the total sea slug animals recorded were phyllidiids. No aeolids were recorded.

Our Historical Data:
– We have now undertaken 31 survey dives at The Wall, OWI since we first commenced keeping records here on 04/07/2011. As previously mentioned some care needs to be taken interpreting the statistics for these surveys as the site overlaps with a couple of other sites at Mudjimba Island – in particular, The Ledge and Elsewhere. – However, given that limitation, we have recorded 152 species at this site.
– The most sighted species are Phyllidia ocellata (94%), Phyllidia pustulosa (94%), Doriprismatica atromarginata (90%) and Thuridilla cf. splendens (87%).
– Our recording of Hypselodoris decorata is a first recording by us at this site.
– This is the second occasion on which we have recorded Glossodoris sp. 5 at this site.
– There were no obvious seasonal trends associated with either the frequency of recorded sightings or abundance of any of the species recorded on these surveys
– Although the number of species recorded on each survey has not altered much over the period of our surveys, the numbers of organisms recorded has shown a steady increase. This increase in abundance is due primarily to the increased numbers of Doriprismatica atromarginata and Phyllidiella pustulosa recorded on each survey – see the graph below in Image Gallery for Phyllidiella pustulosa.
– This site last surveyed on 27/10/2021. 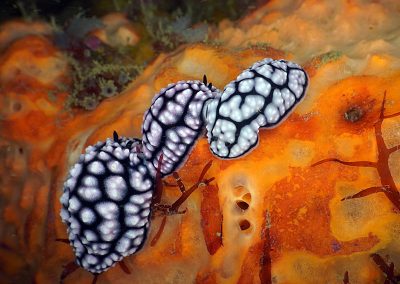 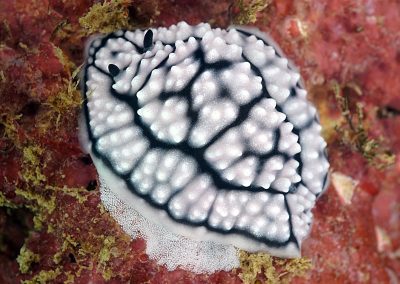 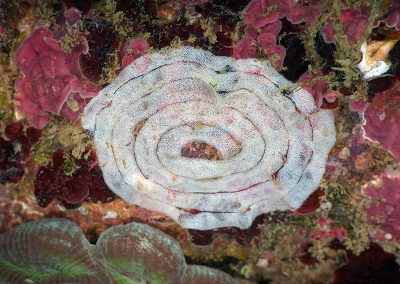 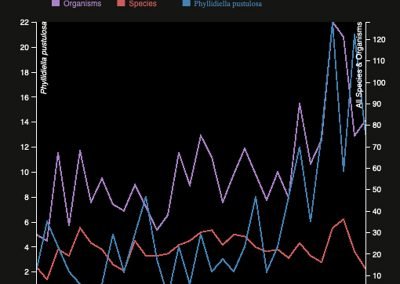 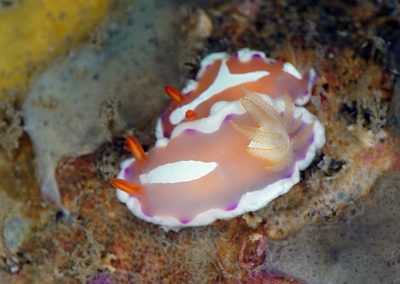 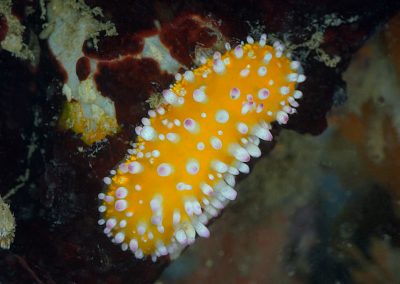 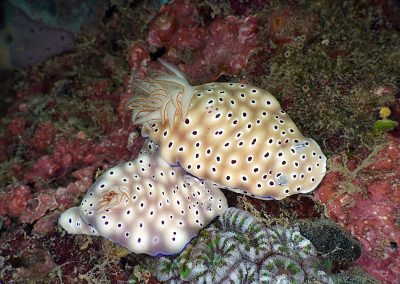 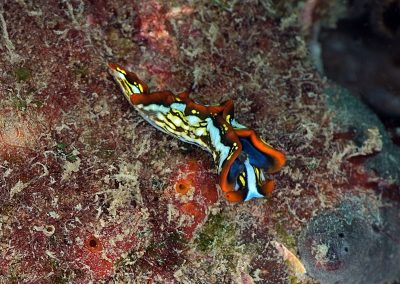 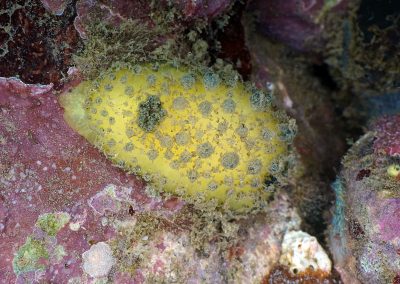 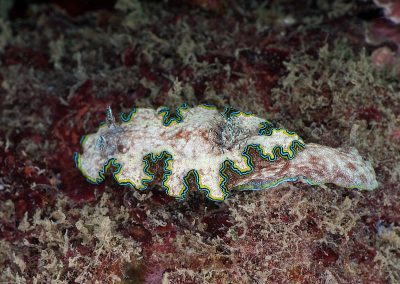 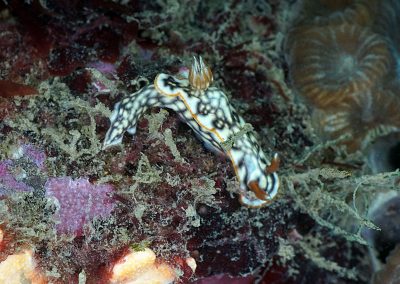 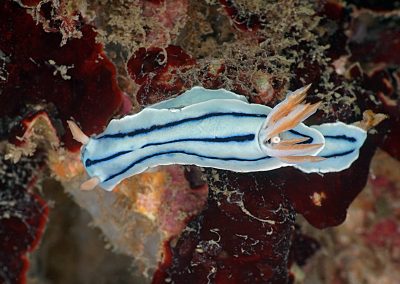 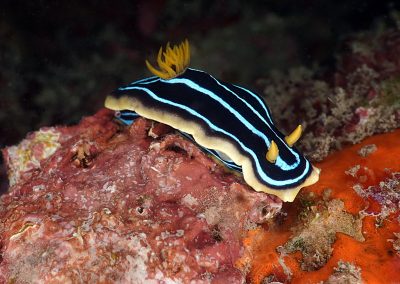