With the excellent surface conditions we decided to head up the coast to the Arkwright Shoals. Imagine our disappointment, once we reached the substrate, at the poor visibility and strong surge. Nevertheless we stuck at searching the substrate via a small cone of artificial light and hanging on grimly to avoid being washed metres in both directions. Upon surfacing we headed back south to check out Mudjimba Island but the vis, as expected, was no better. We then set course for the Gneering Shoals and the dive site out there that is furtherest offshore. Compared to what we had just experienced, conditions at Wobby Rock were a delight. It came as a surprise to us that we saw almost equal numbers of species at both sites. The 6 Samla bicolor were found in a close cluster. Interestingly Sagaminopteron ornatum which has a sighting percentage at Terry’s Delight as high as 83% was not sighted this survey. Similarly at Wobby Rock Thuridilla cf. splendens 85% & Doriprismatica atromarginata 85% were also not sighted. Chromodoris elisabethina, currently continues to be present in significant numbers on the Gneerings. The water temperature at each site has been rounded to the nearest half degree which allows for a more accurate comparison. The difference in minimum temperate is 1.2 C rather than the 2 C that would come from rounding to the nearest full degree. The real difference however was the visibility. The heavy surge at the Arkwright shoals saw one of us consume an extra 2 litres of air per minute = 20% more than out on the Gneerings even though the Gneerings dive was conducted 1 to 2 meters deeper. We are now into our drysuits.

Taxonomic Diversity:
Of the total species sighted 14 of the 18 were dorids (including 2 x phanerobranchs) with 9, half of the overall total, belonging to the one family, the Chromodorididae. The rest were made up by 3 x aeolids and 1 x dendronotid.

Our Historical Data:
Terry’s Delight:
– This survey is number 60 at this site since we first dived here on 07/08/2013
– Last surveyed on 10/03/2021
– 181 species have been recorded here
– Glossodoris rufomarginata and Hypselodoris obscura seem to be most prevalent here from June to November – the prevalence of the others seem to be fairly consistent throughout the year. 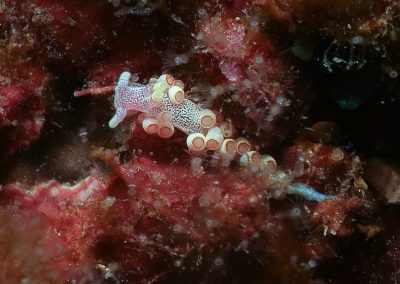 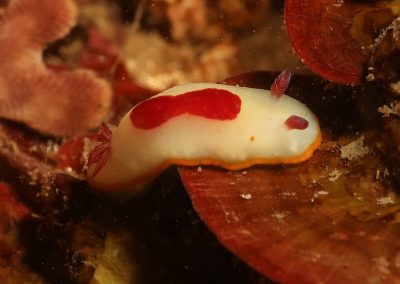 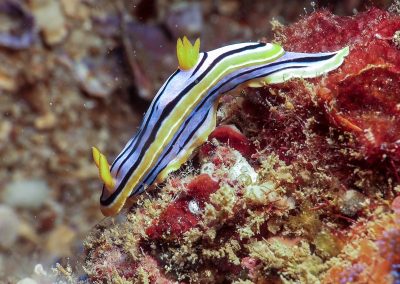 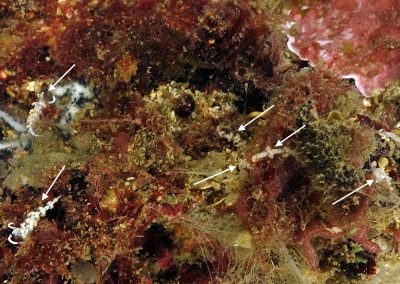 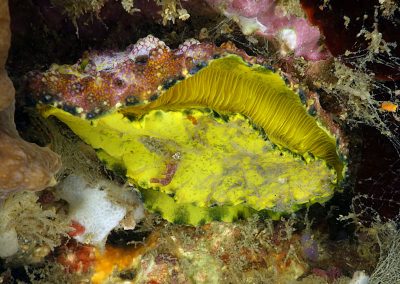 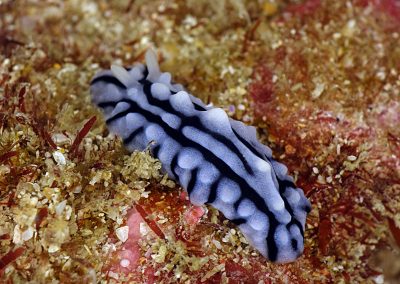 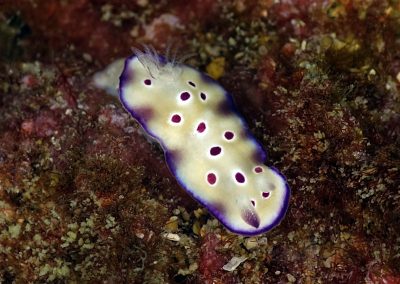 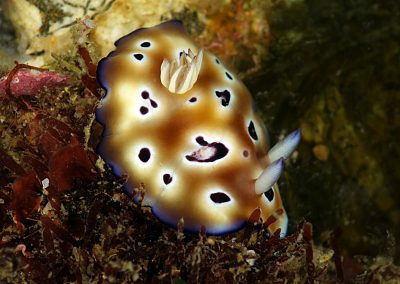