The time had arrived to try crossing the new break-through Bribie Island Bar. It was low tide but we thought this might allow the channel to be more easily defined. Westerly winds had knocked down the swell providing calm conditions for the crossing. There was plenty of water under the hull. Once across we struck out for Nudi Ledge a site we know very well and be able to navigate regardless of the visibility we might find. As it transpired the visibility was not good but fortunately there was no surge to contend with. Species sightings were low although we probably did not cover the usual amount of territory.

Taxonomic Diversity:
13 of the 14 species sighted were nudibranchs, with 11 being dorids (80% the overall total) comprising 0 x phanerobranch (non-retractile gill), 4 x porostomes (suctorial feeders and all Phyllidiidae family) and 7 x cryptobranchs (retractable gill) (all belonging to the Chromodorididae family). The balance of the nudibranchs were made up of: 1 x aeolids 1 x dendronotid. The other single non-nudibranch sea slug species was a cephalaspidean. If diet is considered then 12 of the 14 species sighted are spongivores.

Our Historical Data:
– This excursion brings the survey number to 115 at this site since we commenced fully recording data here on 05/06/2010 (making this an anniversary of sorts).
– 221 species have been recorded at this site.
– Interestingly, on our first survey here, 12 years ago to the day, we also recorded 14 species, but the makeup of the list varied considerably with only 8 species common to both excursions.
– All of the species recorded on this latest excursion are however regularly recorded by us at the site although we have not recorded Cadlinella ornatissima here since 6 August 2019
– Our four most commonly recorded species at this site are: Doriprismatica atromarginata (97%), Phyllidia pustulosa (93%), Phyllidia ocellata (89%) and Hypselodoris jacksoni (82%).
– The numbers of Hypselodoris jacksoni recorded appears to show a seasonal pattern, increasing from now through to October (but we have not tested this for significance). See graph in the gallery below.
– This site last surveyed on 22/12/2021. 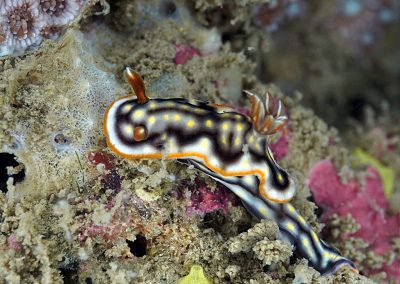 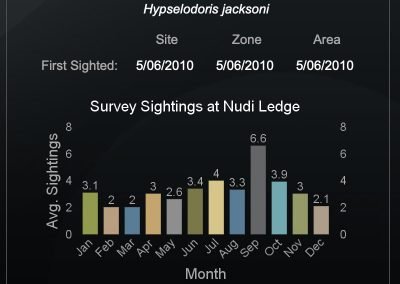 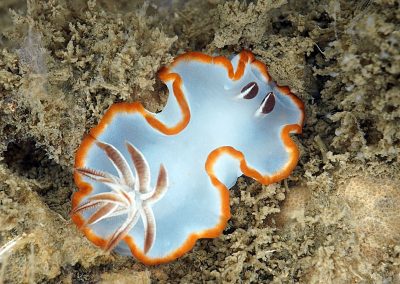 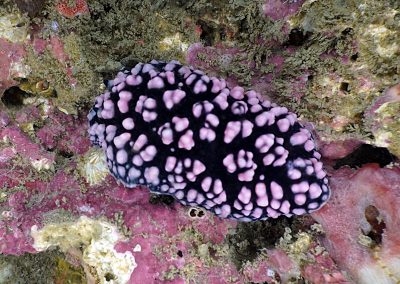 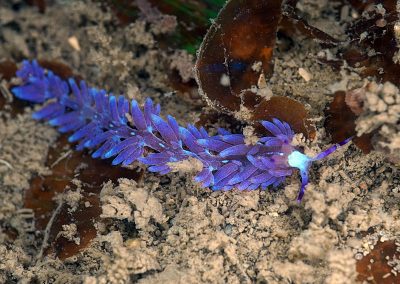 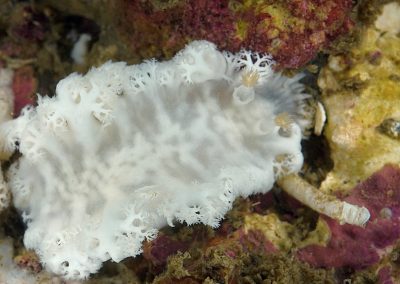 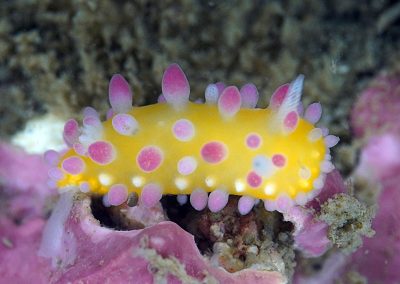 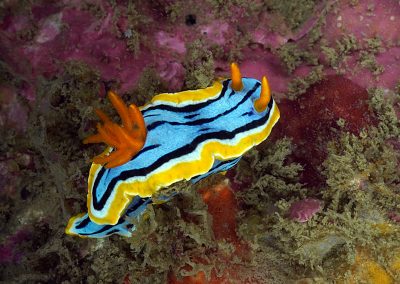 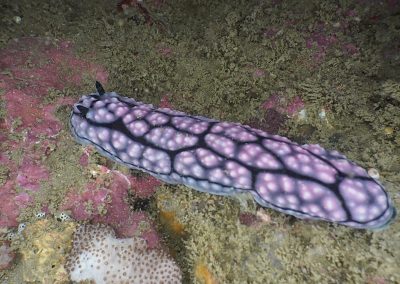 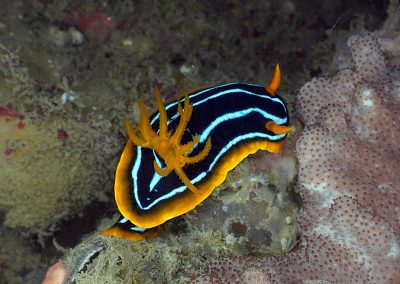 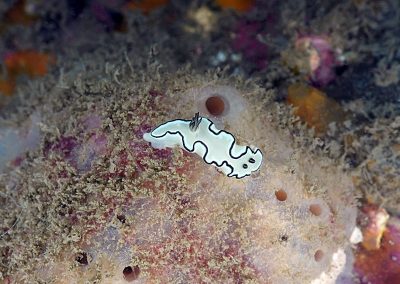