We had been putting this latest excursion off due to either strong winds or heavy swell. While the swell was probably a bit bigger than we would have liked we could wait no more and took Rebel II out of the Mooloolah River to the Gneerings. On the trip out we could see a foamy line marking the extent of the layer of dirty fresh on top. (This actually continued and pushed out past us during our surface interval. We  could easily discern its quick progress.) Anchoring was “spot on” with the pick dropping into the channel right at the entrance to the cave. The surge made photography difficult and we probably missed some slugs because of it as well. Finds of note include Verconia laboutei & Tenellia (Phestilla) sp. 40. The site is thickly carpeted with many varieties of hard corals requiring investigation between the colonies to find sea slugs. Of the total species count of 18, 16 are dorids 11 of which belong to the Chromodorididae family. 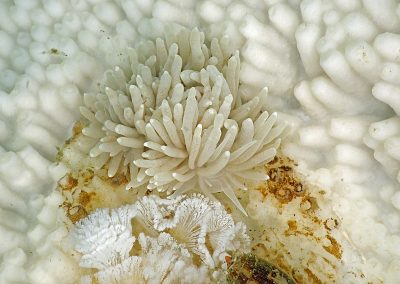 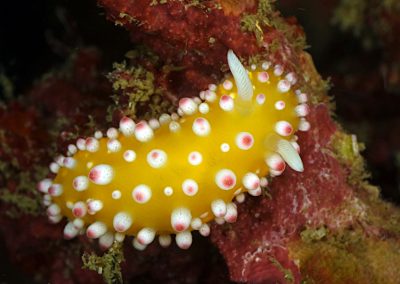 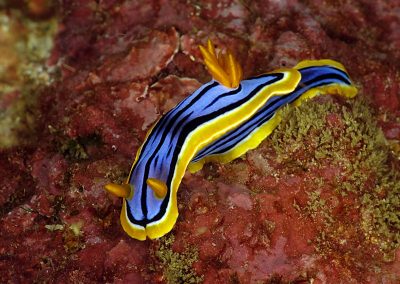 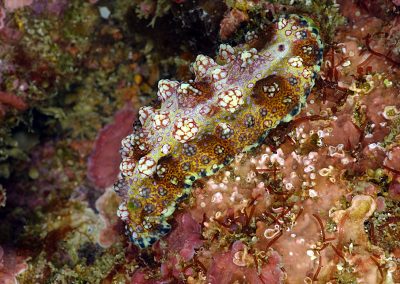 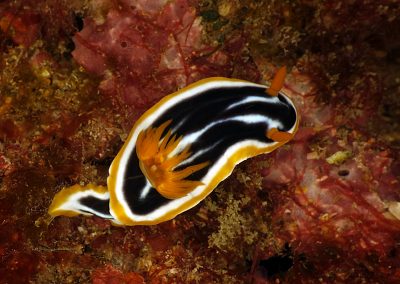 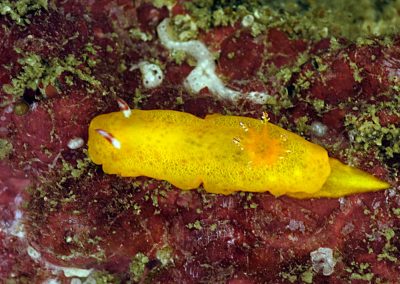