This was our first local dive excursion following the GBR trip to the Capricorn Islands on MV Adori. We put in the boat at the La Balsa Park ramp and headed out across the Mooloolah bar to the outer Gneering Shoals. Surface conditions were excellent  and we enjoyed the smooth trip to Aquarium, our chosen dive site. The surface of the water was covered in a fine film of Trichodesmium and the first 5 m heavily laden with particles such that, looking up through it, that layer had the appearance of a hazy brown stain. Below that, fortunately, the visibility opened up to 15 m +. Both Terry and David were trying out new camera/housing set-ups and most of their time on these dives was taken up with coming to grips with unfamiliar gear and fine tuning of settings rather than sea slug searching. Nevertheless a species of aeolid – new to our list – was found that we are calling Tenellia sp. 58 (matches somewhat Tenellia sp. 12 in NSSI-2). Interestingly we actually saw this species for the first time the previous week at Tryon Island.

Taxonomic Diversity:
Of the 17 sea slugs sighted that belong to the Order Nudibranchia, 14 (80%) were dorids, comprising 8 cryptobranchs (retractable gill), (all 8 from the Chromodorididae Family) 0 x phanerobranch (non-retractile gill) and 6 were porostomes (suctorial feeders and all Phyllidiidae Family). The other 3 nudibranchs were cladobranchs all being aeolids. The balance of 4 were spread across other orders as follows: 2 x Sacoglossa, 1 x Cephalaspidea, 1 x Umbraculoidea. Once again the nudibranchs dominate the overall sea slug count, the dorids dominate the nudibranchs, the cryptobranchs dominate the dorids and the Chromodorididae dominate the cryptobranchs. If diet is considered 15 of the 21 species, almost three-quarters the total, are spongivores.

Our Historical Data:
– We have now undertaken 10 survey dives at Aquarium since we first commenced keeping records from here on 02/04/2011.
– We have recorded 76 species at this site.
– Tenellia sp. 58 is a first time recording for our Sunshine Coast List.
– The most commonly sighted species are Phyllidiella pustulosa (100%), Chromodoris elisabethina (90%), Doriprismatica atromarginata (80%) and Phyllidia varicosa (80%).
– Our recording of Chromodoris sp. 03, Hypselodoris bullockii, Phyllidia guamensis, Thorunna florens, and Tylodina corticalis are first recordings by us at this site.
– It is a very limited data set but the number of species sighted and the number or organisms seem to have remained relatively constant or to have fallen slightly during our surveys, except for a peak during a survey conducted on Nov16, 2018. Please refer to the chart in the image gallery.
– This site last surveyed on 10/05/2021
Key to symbols
+++ New Species
+ First time sighted at this site
# Most commonly sighted at this site with % 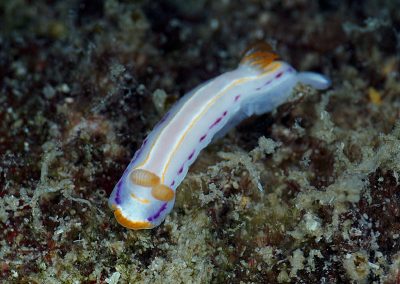 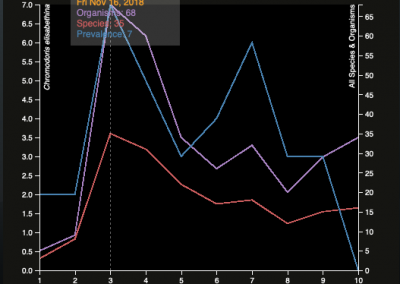 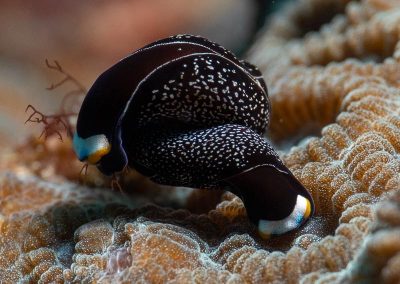 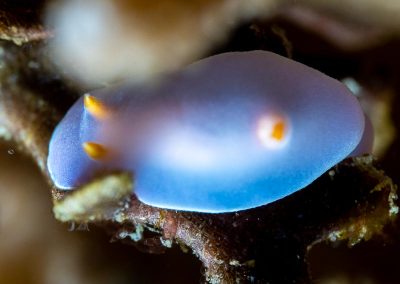 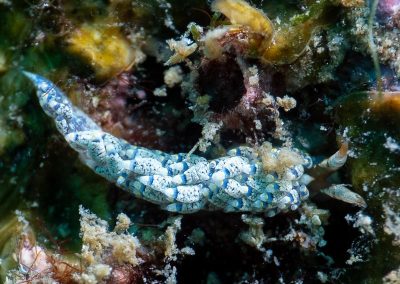 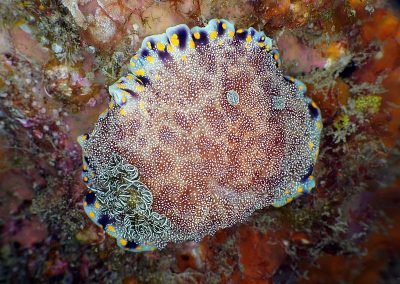 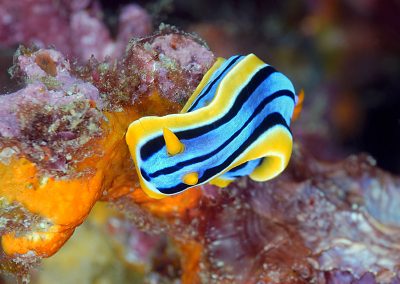 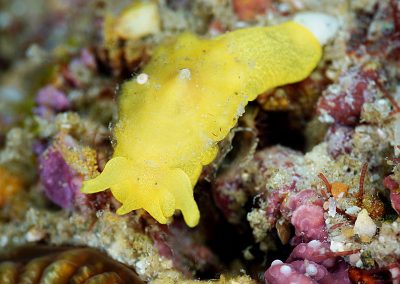 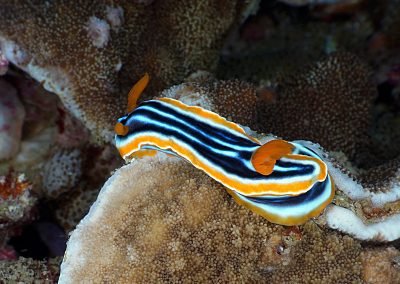 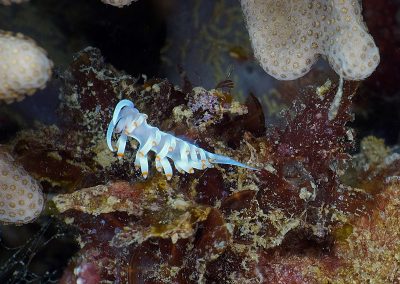 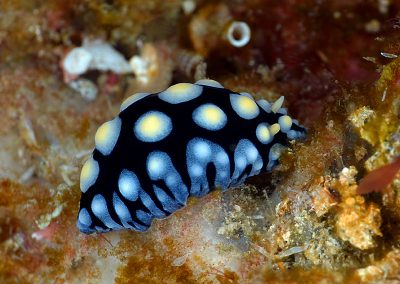 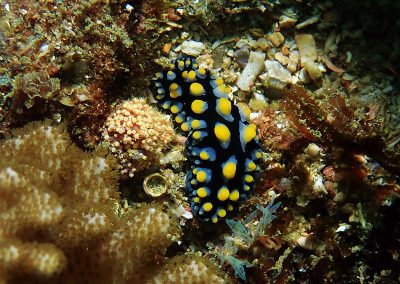