The seas were flat and the forecast was excellent so we trailed the boat up to the Mooloolah River ramp and headed out north to the Hancock Shoals. It had been more than two and half years since we last dived there and so we were full of anticipation at what we might find. Alas, subsurface conditions were not the best with low visibility and some surge. Nothing extraordinary to report from there except perhaps the high species count of Goniobranchus splendidus. For our second dive we headed back south, closer to port, to Terry’s Delight on the Arkwright Shoals. Upon arrival after the short trip we noticed the wind although not strong had changed direction and was coming out of the south east. This was not expected until late in the afternoon. Down-under, the visibility was about the same but the greater depth ameliorated the small swell. We saw more species here, the find of the day being two pair of Aegires flores. Unusually, both pair had laid their spawn right inside the base of hydroids, an odd choice for sponge-eating dorids. Upon surfacing we found the wind had strengthened considerably, much more than forecast, gusting up to nearly 20 knots and so we endured a slow, wet, bash home into the rising seas instead of the forecast following sea. We were thankful that our starting point was the Arkwright Shoals and not the Hancock Shoals. Our final species count of 35, across the three participants, is very respectable given the conditions. 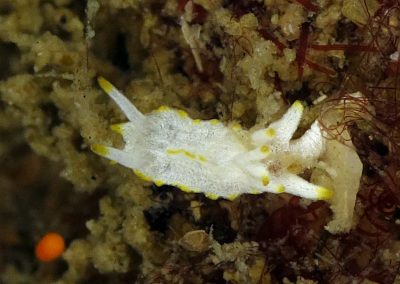 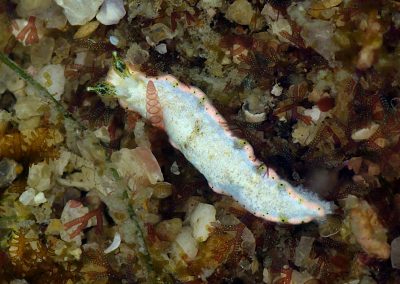 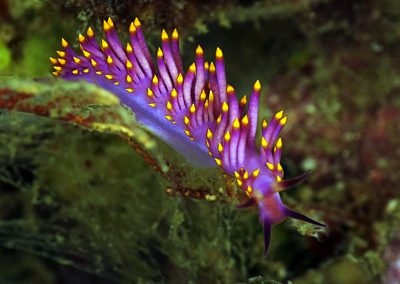 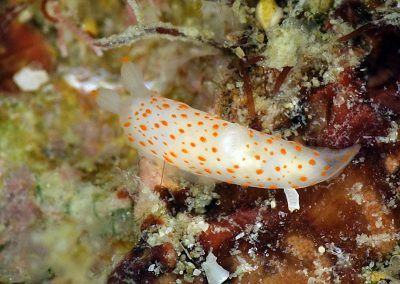 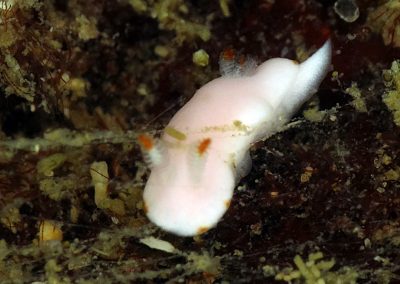 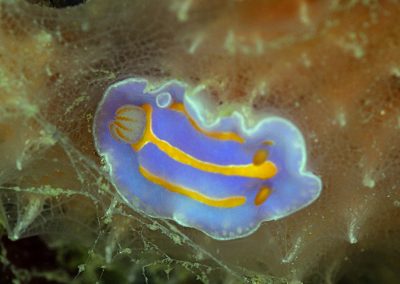 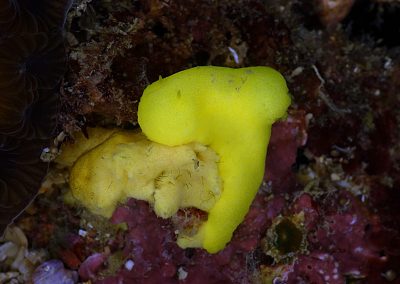 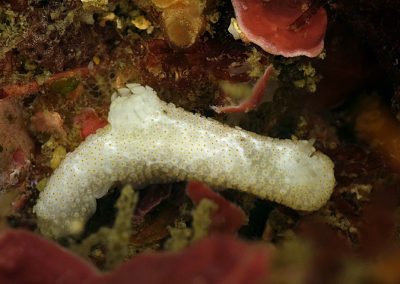 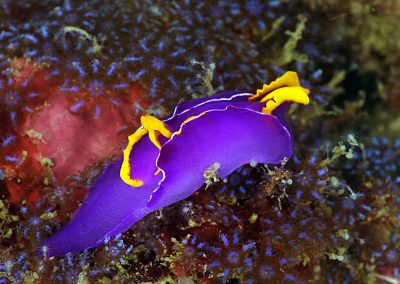 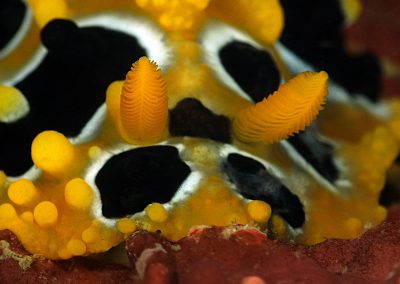 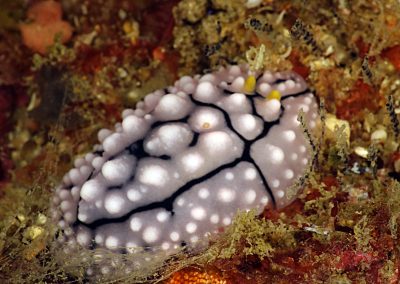 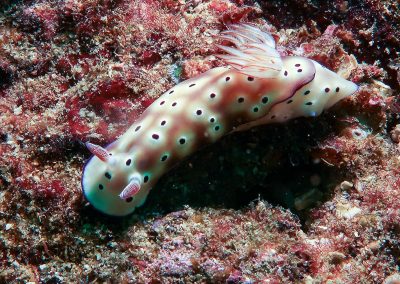 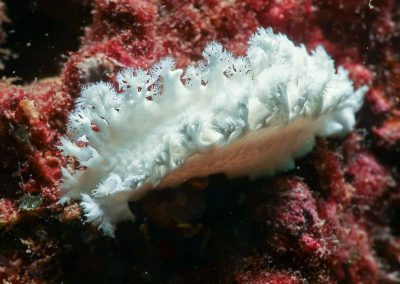 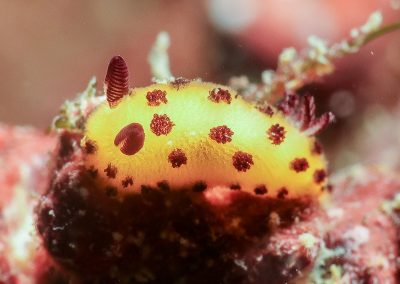