A strong wind warning was issued for Sunshine Coast waters, however it was from a west to south-westerly direction. Mudjimba Island was selected as the preferred destination being less than a nautical mile offshore and we could anchor in the lee of any wind. Upon arriving there the water colour was a milky green with less than 2 metres visibility so we headed out to the nearest Gneering Shoals site – The Trench on the Inner Gneerings. We had good conditions for the trip out, first dive and surface interval however we surfaced from the second dive into 20 knots of southerly wind. The short trip back to harbour was not too bad as the right speed for the conditions was selected. We dived on the western ledge of the Trench enjoying reasonable visibility. There were plenty of sea slugs to photograph including quite a few that aren’t often sighted. These included: Ardeadoris angustolutea, Bornella stellifer and Phyllodesmium sp. 2. A different phyllidiid was found that we believe matches Phyllidiella hageni reasonable well. Also a Diversidoris that is different to our existing Diversidoris sp. 1 was found, being yellow in mantle colour with pustules on the dorsum. It will be our Diversidoris sp. 3. A trip back there to search the southern ledge might be worthwhile. 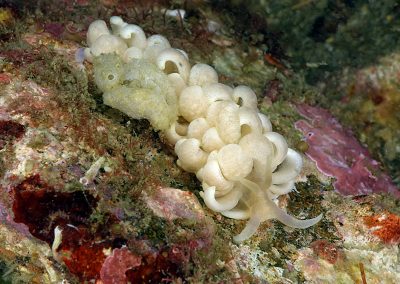 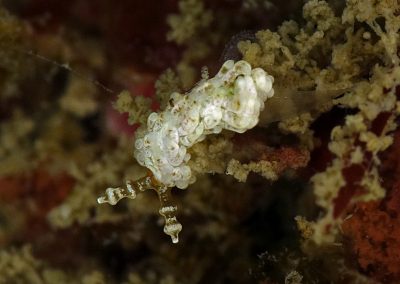 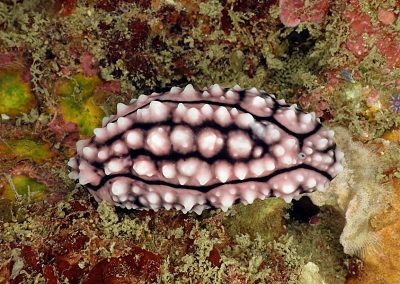 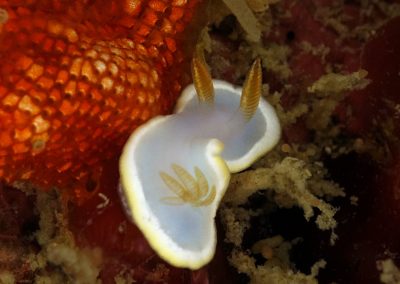 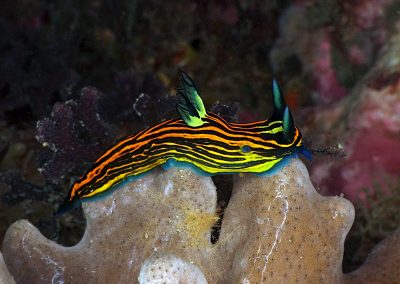 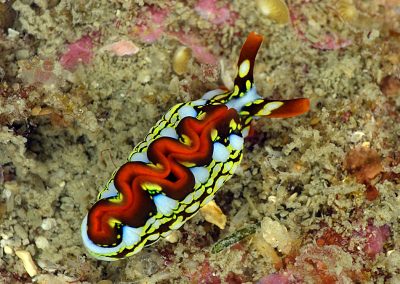 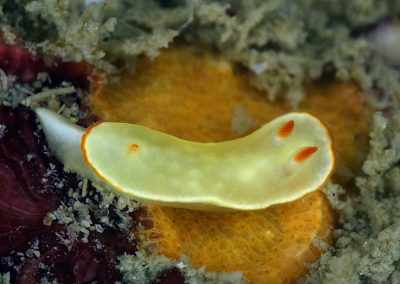 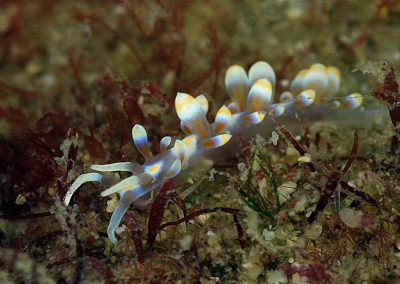 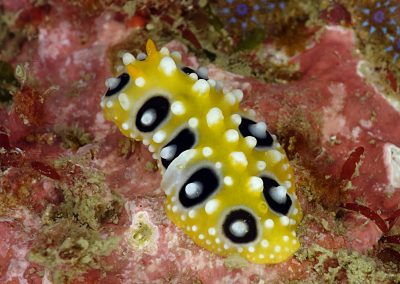 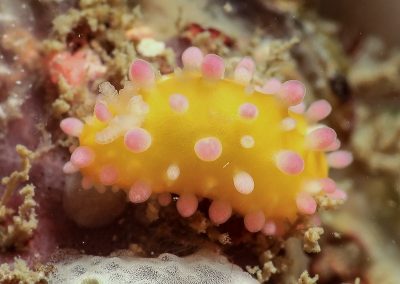 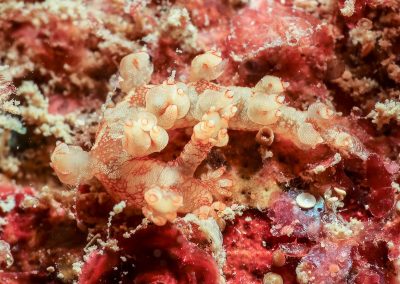 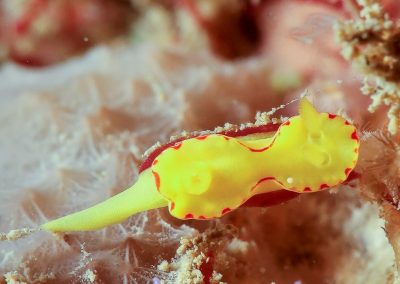