The Team was engaged in the Sea Slug Census of the Sunshine Coast and with the weather being agreeable the opportunity was taken to dive on the offshore reefs at Currimundi. The Mooloolaba Triathlon was in progress so we avoided the Mooloolah River and its boat ramps. The water offshore had a green tinge, usually associated with fresh run-off. Sometimes these surveys are notable for what isn’t sighted rather than what is nevertheless we did record some not-so-common species. Aegires villous, Eubranchus sp. 11 and Trapania vitta certainly fall into that category. Interesting to note that Nudi Ledge, being the most prolific site at Currimundi  Reef, was overshadowed by the finds at Nudi 2. 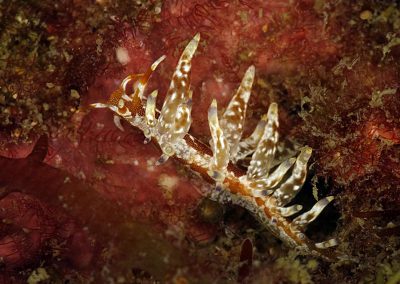 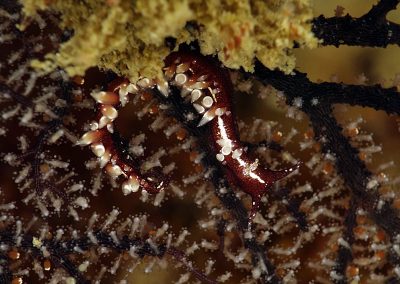 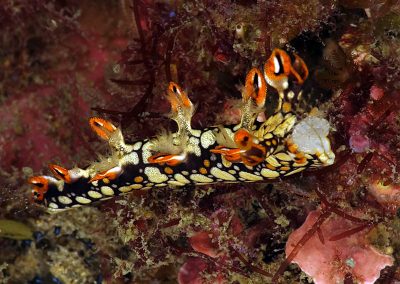 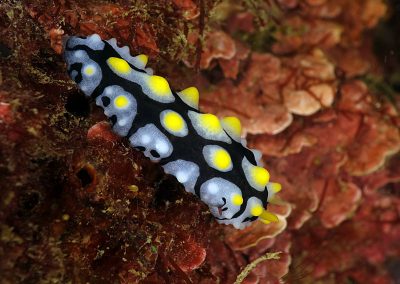 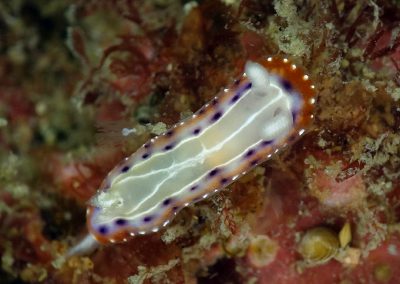 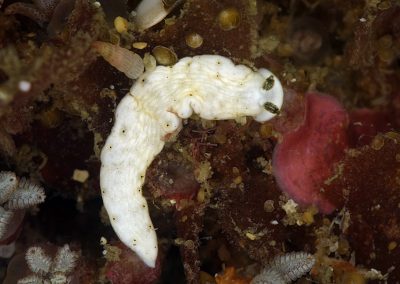 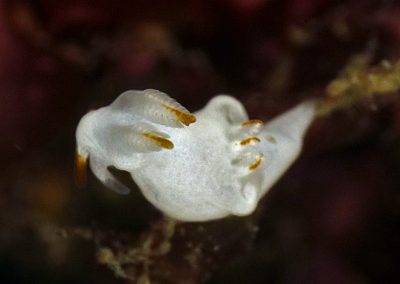 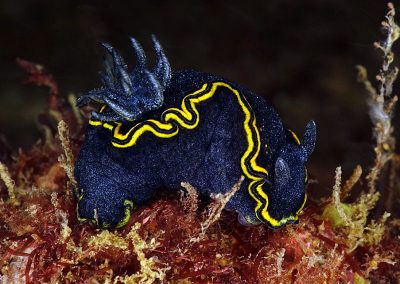 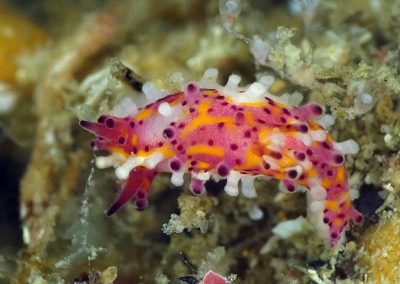 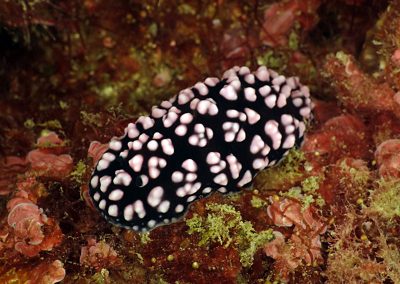 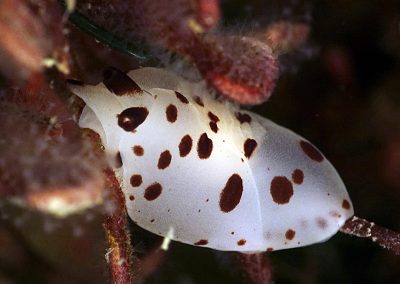 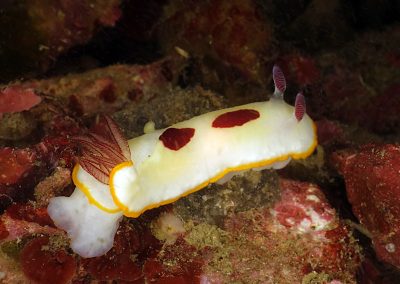 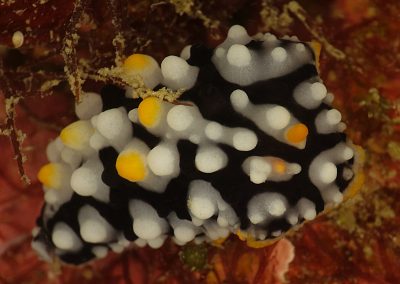