Surface conditions continued to be conducive to boating activities. The ramp at the Power Boat Club is still undergoing reconstruction so we put the boat in at one of the small ramps further up the passage, just past the jetty. The swell was up a little more than we anticipated but the crossing of the bar proved uneventful. Journeying north to Nudi 2 we could see the swell heaping up as it passed over the reef. The visibility at Nudi 2 was most disappointing and combined with the surge certainly reduced the species count. We headed further offshore, out to C Spot, for our second dive where we found cleaner water and a little less surge with the deeper water. These differences made for quite an enjoyable dive in comparison. C Spot is noted for producing Tambja and Nembrotha species and true to form a Tambja morosa was sighted. A white colour form of what could prove be Aegires citrinus but also with a black markings was sighted. We have decided to separate it for now as Aegires sp. 01. A problem with his camera battery saw Terry resurface to replace it causing him to miss half of this second dive.

Taxonomic Diversity:
17 out of the 24 species sighted (more than two thirds) were dorids comprising 3 x phanerobranchs, 4 x porostomes (all belonging to Phyllidiidae) and 10 x cryptobranchs (all belonging to the Chromodorididae Family). The other 7 species comprised mostly cladobranchs: 3 x aeolids, 2 x dendronotids and 1 x arminid with 1 x cephalaspidean completing the count. Although the species count is lower, the ratio of dorids to total is the same as our last trip, to Nudi Ledge, and the number of cryptobranchs, all belonging to the Chromodorididae Family as well, is also the same. On this trip it is worth noting that only one species was recorded at both sites, an unusual occurrence.

C Spot:
– This survey is number 14 at this site since we first recorded information on 13/02/2011
– 46 species have been recorded here
– This is the first time we have recorded Dermatobranchus oculus and Goniobranchus coi at this site. 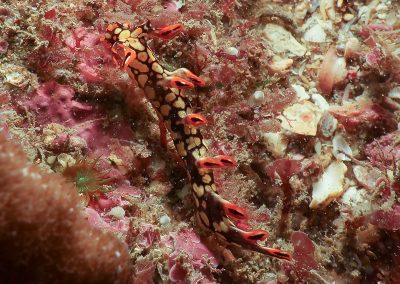 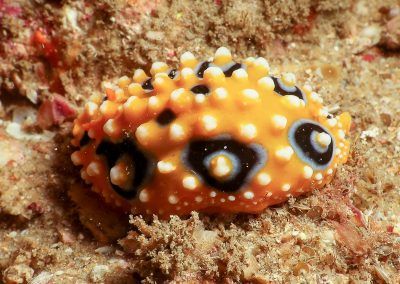 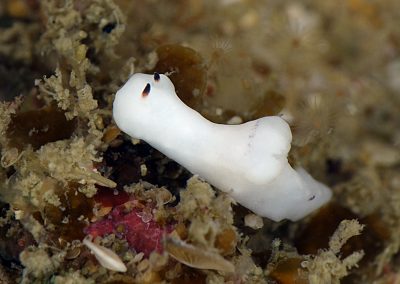 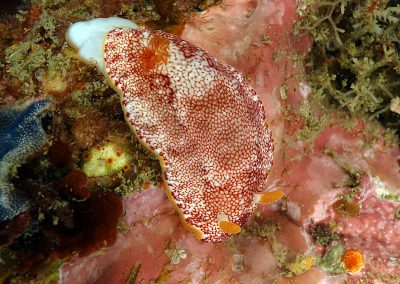 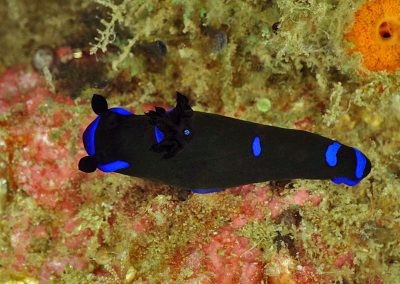 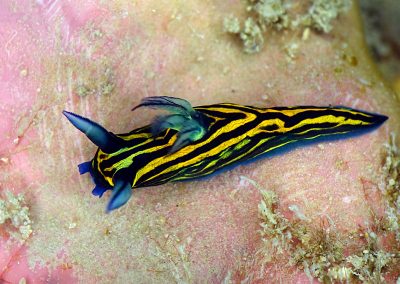 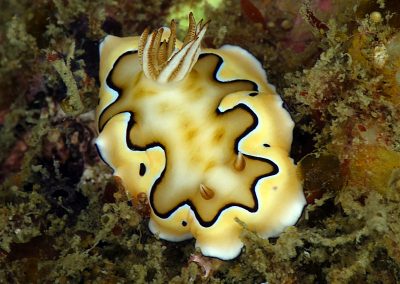