A strong wind warning was issued for the Sunshine Coast waters however it was predicted to arrive mid to late afternoon. We took the gamble on the basis that the worst scenario would be a single dive only. Two dives were completed however, and our passage home was more comfortable than the earlier one out to the dive site. Although the wind did increase mid-morning this was attributed to a series of small scuds that soon passed. Terry didn’t allow a broken finger to interfere with his boating, diving and photography. Finds of note include Phyllidiella cooraburrama and Flabellina sp. 09 the latter being quite distinctive in the presentation of its cerata. A small (juvenile?) chromodorididae was found and although it has a ring of familiarity about it we have been unable to match it at this stage. 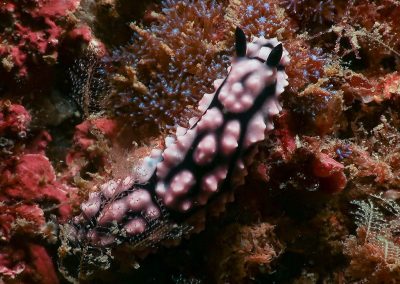 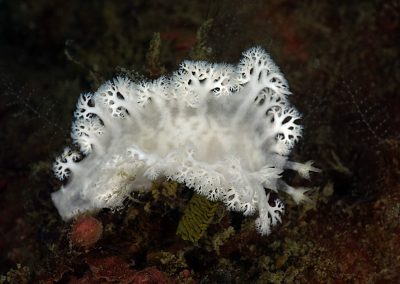 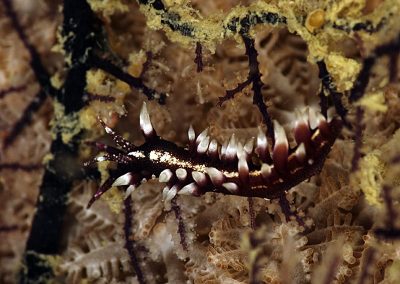 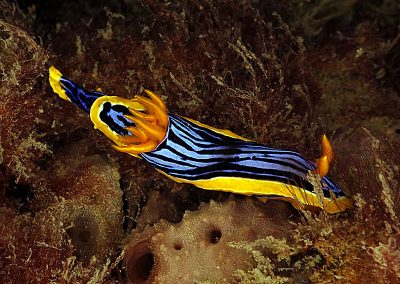 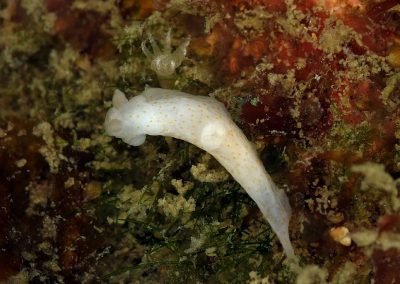 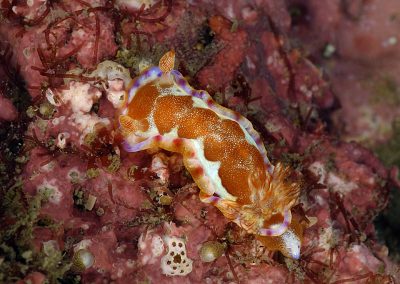 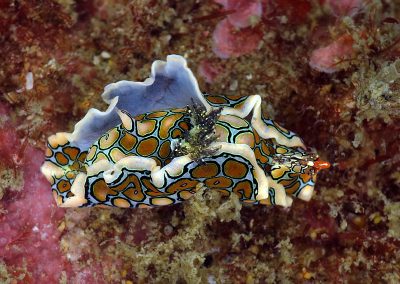 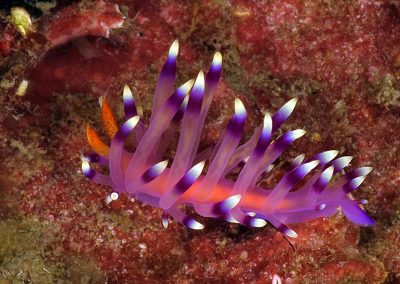 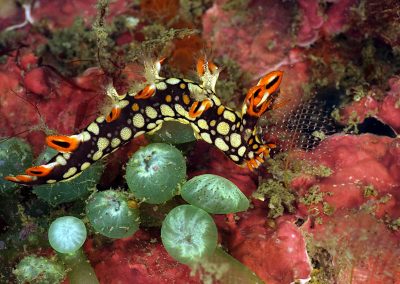 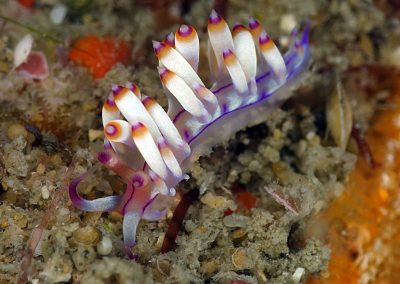