Following the abortive attempt at a dive excursion last Sunday, due to an un-forecasted increase in wind strength, we decided this time to leave from the Mooloolah River, head north and tuck inside the north side of Mudjimba Island just in case a similar wind increase occurred for the forecast southerly. We had not dived the North West Reef site at Mudjimba Island for quite some time and it usually proved rewarding in species numbers recorded. On the surface there was some swell moving through and the visibility looked unpromising but we are optimists if nothing else and took the plunge. Visibility was low and the surge annoying but we persevered nevertheless, however the sightings were disappointingly low.

Taxonomic Diversity:
7 of the 8 species sighted were nudibranchs, with all being dorids (88% the overall total) comprising 0 x phanerobranch (non-retractile gill), 2 x porostomes (suctorial feeders and all Phyllidiidae family) and 5 x cryptobranchs (retractable gill) (all belonging to the Chromodorididae family). The other single non-nudibranch sea slug species was a Sacoglossan. If diet is considered then 7 of the 8 species sighted are spongivores. 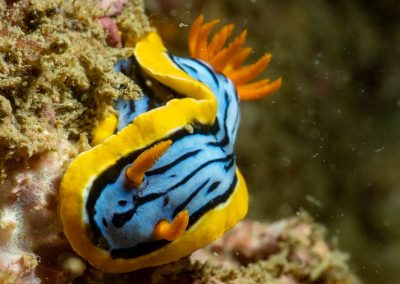 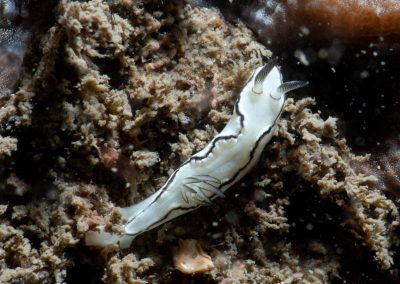 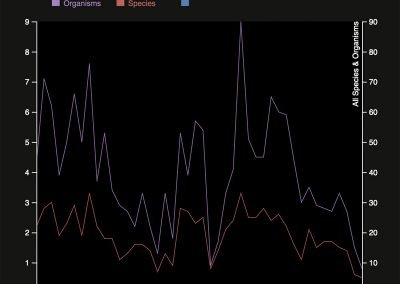 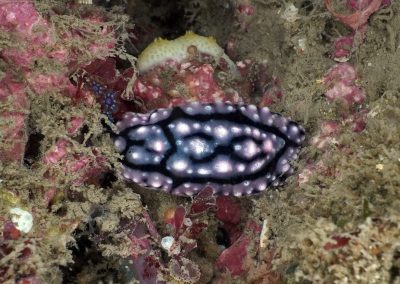 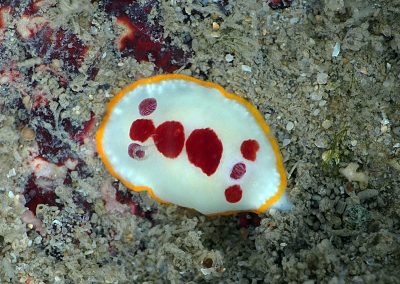 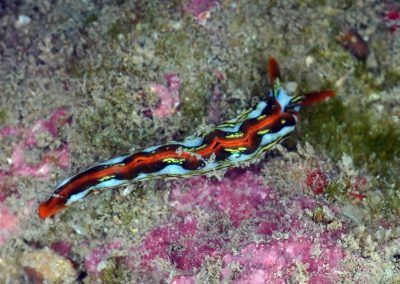 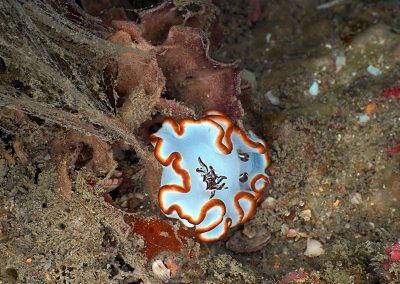