What appeared to be another almost perfect offshore dive day popped out of all the other lousy forecasts. I decided to continue with the Mudjimba Island surveys, if the visibility was suitable. As it happened it was the best it’s been for some time – up to 10 m. North West Reef at Mudjimba Island has usually been a “happy hunting ground” for sea slugs so the pick was dropped there, early morning, in very light drizzle and little breeze. The improvement in diving weather of late has also seen a corresponding improvement in sea slug sightings. A count of 17 species for the first dive was an excellent start. The 24 C water temp was certainly an improvement on last trip’s 21 C. A Berthella martensi with all of its three sacrificial segments autotomised was sighted crawling along the substrate with its side-gill exposed. (View that video under its Species Profile.) Plenty of Chromodorididae species were present with Verconia haliclona being the find of the day. A not so common Thuridilla albopustulosa was also in the mix. Upon surfacing after the second dive I spotted Deb & Ted Aston’s rib on the southern side of the island, anchored on The Wall site. I intended a catch-up on my way back to port, but the divers were down.

Our Historical Data:
– This excursion brings the number of survey dives to 50 at this site since we commenced fully recording data here on 12/06/2010.
– 166 species have been recorded at this site.
– The most regularly recorded species at this site are Doriprismatica atromarginata (98%), Goniobranchus splendidus (94%), Thuridilla cf. splendens (94%) and Phyllidiella pustulosa (90%).
– This is the first time we have recorded Phyllidiopsis shireenae and Placida kevinleei at this site.
– Two of the species, Goniobranchus decorus and Tenellia sibogae, have only been recorded by us here on two previous occasions.
– There is no obvious pattern to the prevalence of particular species recorded on these surveys.
– Although difficult to draw conclusions based on only 3 subsequent surveys, there has been a slight increase in species and total numbers since the low on 14 June 2022. (See graph below in Image Gallery – Scroll to end.)
– This site last surveyed on 23/10/2022.
(Historical data courtesy of Terry Farr, who extracts it from his comprehensive database.) 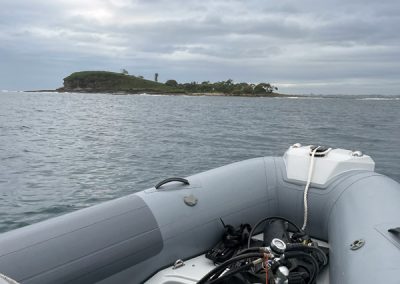 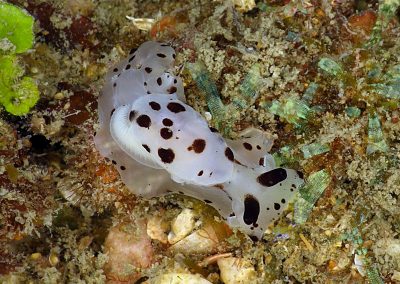 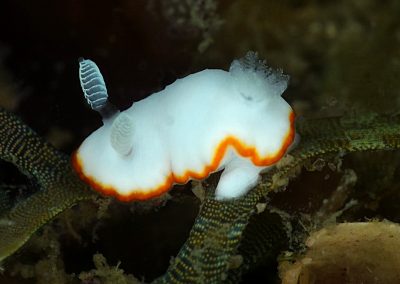 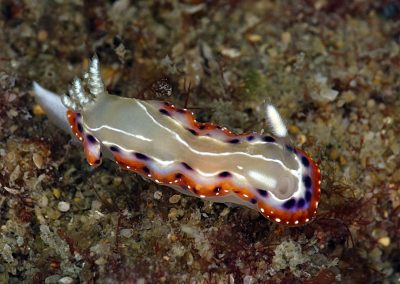 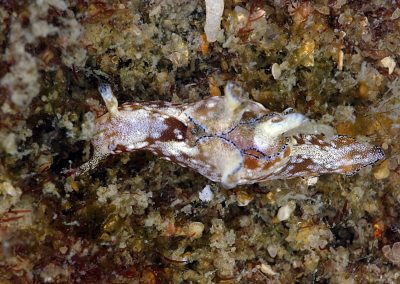 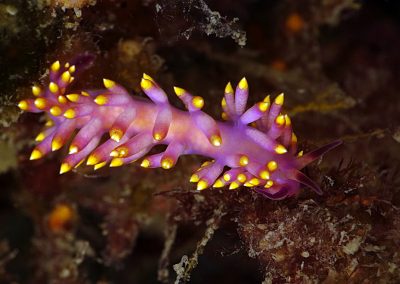 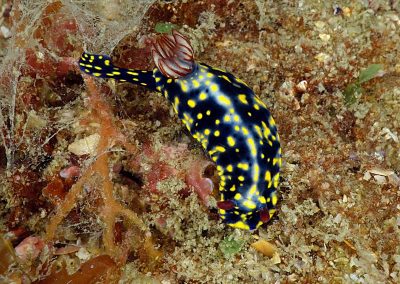 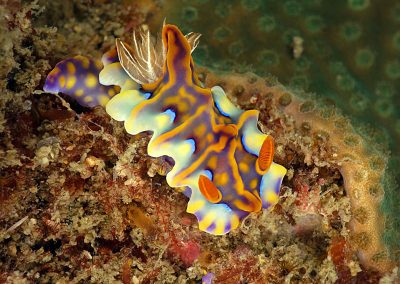 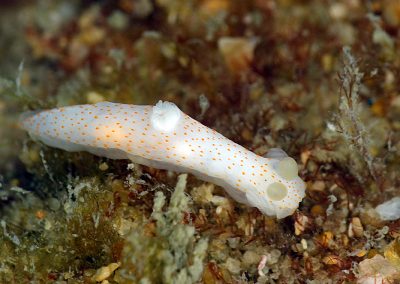 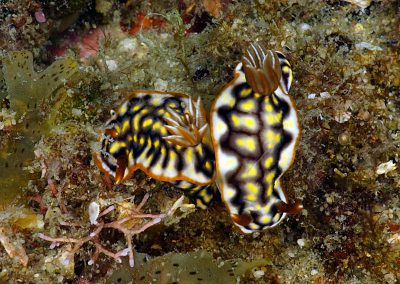 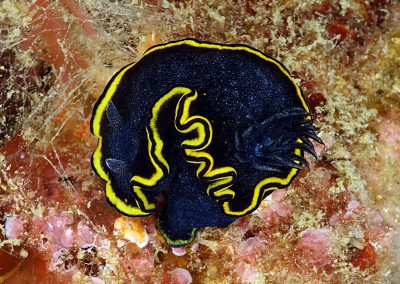 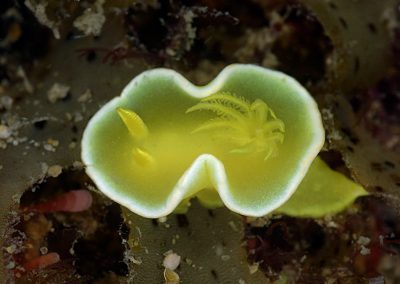 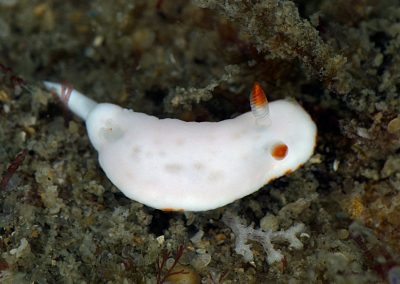 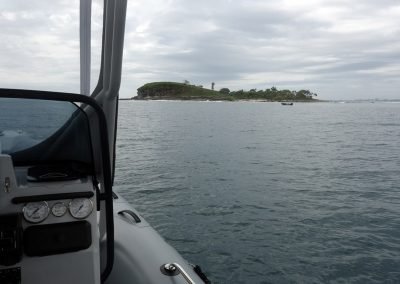 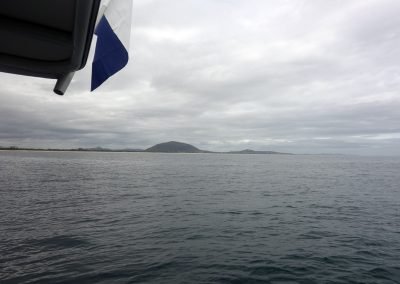 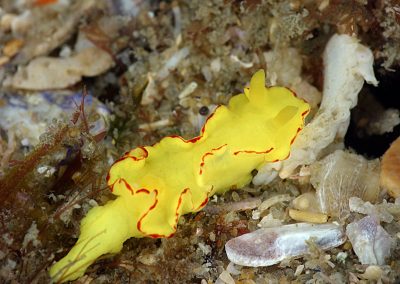 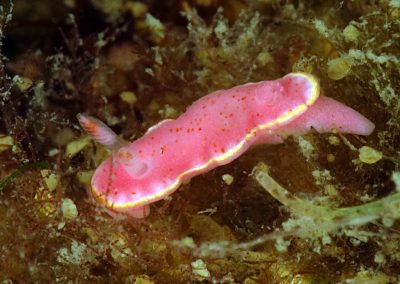 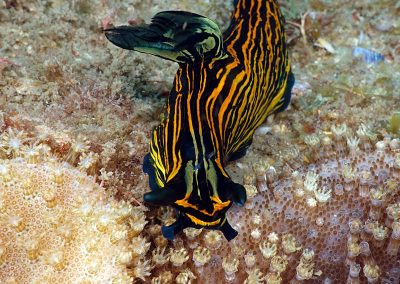 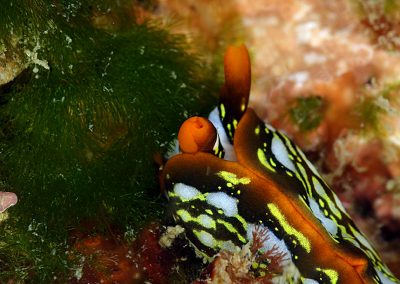 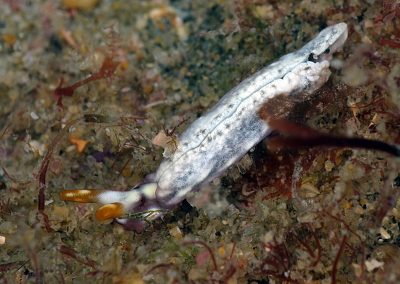 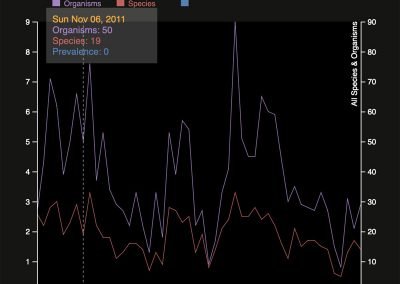