We took More Mischief up the coast to the Arkwright Shoals in the hope of cleaner water. The top 6 metres was quite green but the viz opened up beneath to give us up to 10 m viz although that top layer made it a little dark. Terry was onboard but sat out the dives as recommended for post Covid inoculation. No current and great surface conditions made for a comfortable journey and diving apart from some surge in the shallower parts. The Hypselodoris tryoni was small but also oval in shape rather than elongate and the submarginal mantle band was wider than usual. Both these features had us a little baffled at first, however the purple rhinophore clubs and the possession of only two marginal bands to the mantle confirm that it is more likely Hypselodoris tryoni than Goniobranchus kuniei. The Hypselodoris whitei had its buccal mass extended feeding on a sponge. Phyllidia sp. 04 continues to show up in the region. Carefully examination of the tufts of  Aglaophenia hydroids revealed some Tenellia sp. 01. Three specimens (a pair and a singleton) of a different looking Phyllidia sp. were sighted. These are similar to Phyllidia sp. 04 externally, except that they do not exhibit black rays forming blue crescents laterally. Instead they exhibit many smaller and crowded pustules laterally. We will put these under Phyllidia sp. 04 for now.

Taxonomic Diversity:
All species of sea slugs sighted were nudibranchs. 19 of the 27 were dorid nudibranchs. 9 species, a third of the total belonged to the Chromodorididae family. 8 were porostomes all belonging to the Phyllididae family. 3 were phanerobranchs. 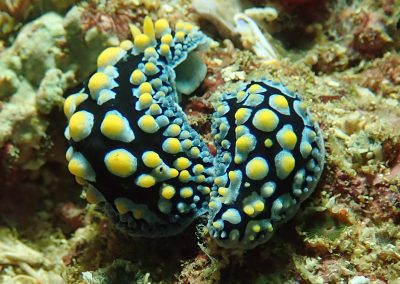 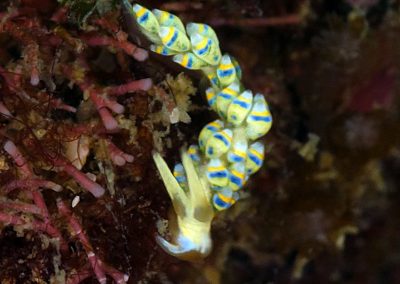 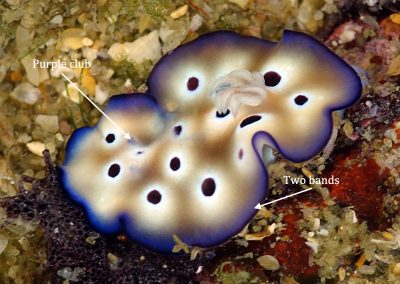 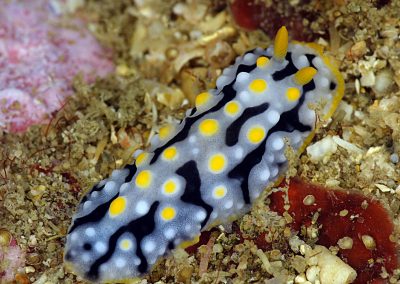 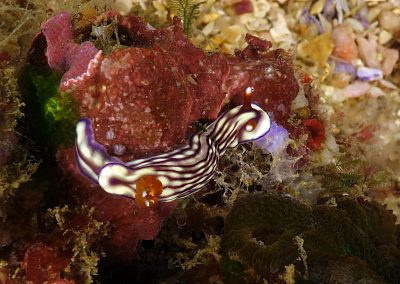 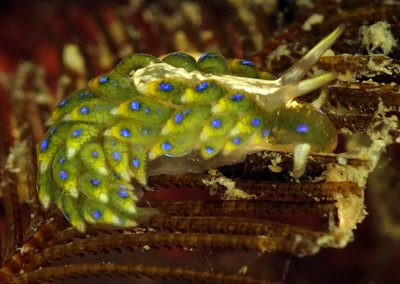 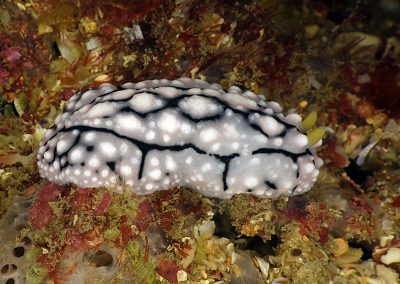