The street was empty of surfer’s vehicles at 4:30 am so the exit was straight forward, however, that euphoria was short-lived and replaced by apprehension about the ramp and parking as I followed a convoy of three other trailed boats up the Nicklin Way. Fortunately this was just a “peak hour” blip at the La Balsa ramp which was otherwise quiet. Proceeding down the Mooloolah River at the bottom of the tide the water did not look inviting. Old Woman Island was the destination again, and the closer I got the cleaner the water looked in the dawn light. I dropped the pick at Bornella Reef in perfect surface conditions, having the whole island to myself at this hour. The visibility at 6 metres was sufficient for the task at hand and the surge was light. Goniobranchus splendidus dominated the count. They were most usually in groups of 3 or 4. A pair of Doto rosacea were found on their hydroid food, the smaller of the two seemed to have lost most of its cerata. Some species I would have expected to see I didn’t and I put this down to settling in to a new regime of solo diving in the open ocean. I don’t expect that every excursion will be solo but will take every opportunity that wind, waves and other obligations allow.

Taxonomic Diversity:
All 14 species sighted were nudibranchs, with 12 being dorids (85% the overall total) comprising 2 x phanerobranch (non-retractile gill), 3 x porostomes (suctorial feeders and all Phyllidiidae family) and 7 x cryptobranchs (retractable gill) (all belonging to the Chromodorididae family). The balance of the nudibranchs was made up of: 2 x dendronotids. If diet is considered then 10 of the 14 species sighted are spongivores.

Our Historical Data:
– This excursion brings the survey number to 26 at this site since we commenced fully recording data here on 19/07/2010.
– 127 species have been recorded at this site.
– The most regularly recorded species are Goniobranchus splendidus (96%),  Phyllidiella pustulosa (88%), Doriprismatica atromarginata (85%) and Phyllidia ocellata (81%).
– The numbers of Bornella anguilla recorded peaks in November (see graph in image gallery below). The dates for first sightings in the graph = first recorded sightings for the database.
– Ardeadoris angustolutea, Diversidoris sp. 3 and Doto rosacea have not been recorded here at this site by us previously.
– This site last surveyed on 29/09/2022. 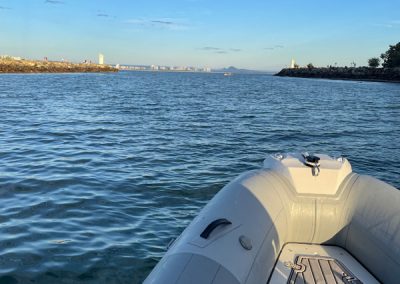 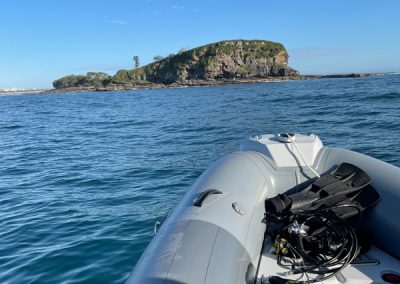 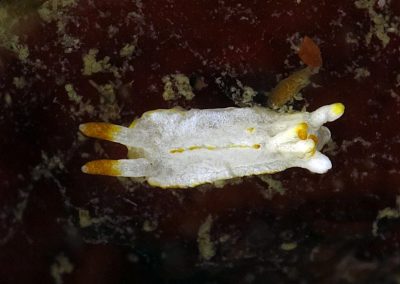 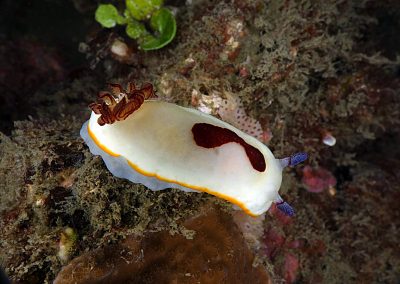 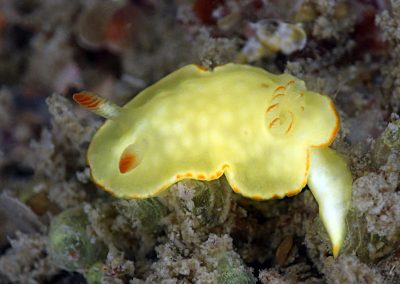 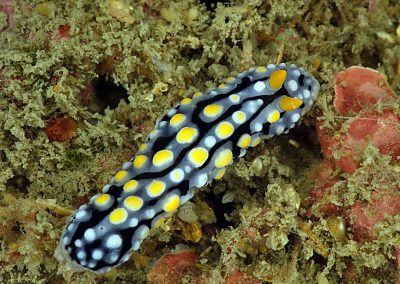 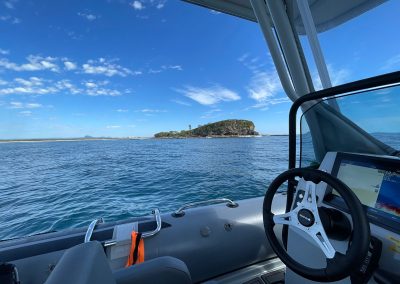 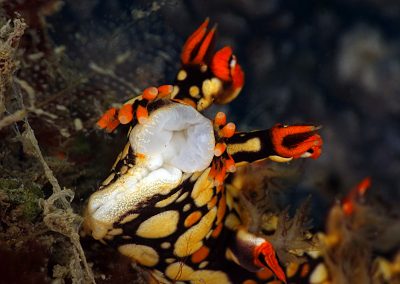 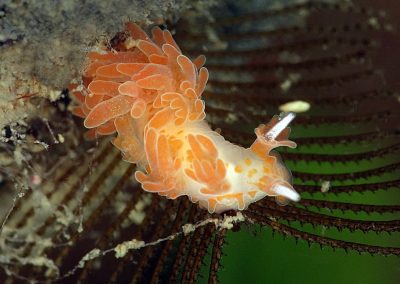 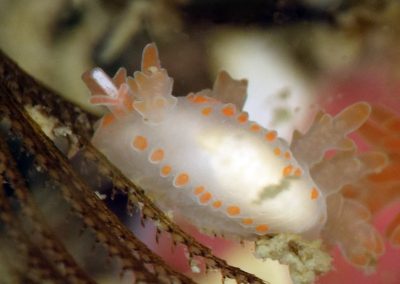 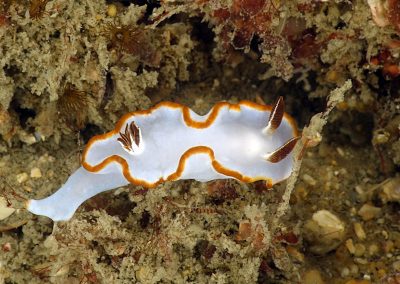 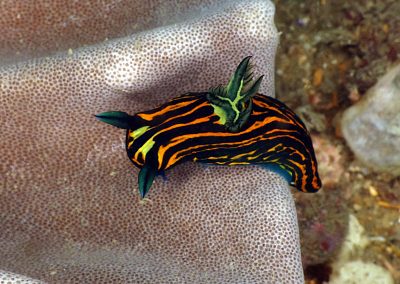 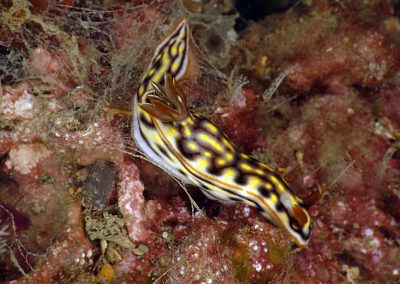 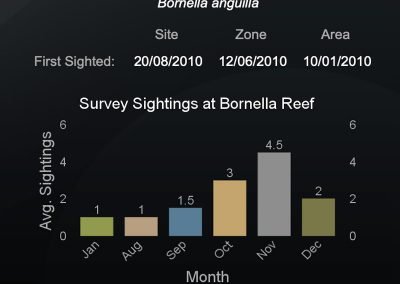