Escape from the Court through the build-up of surfer’s cars was effected not a moment too late. Single-handed set-up and launch of Li’l Mischief went without incident and a short and pleasant 25 knot voyage to Old Woman Island was enjoyed thanks to the almost perfect surface conditions. Gear-up as well as water entry and exit all proceeded as planned. The only hiccup was discovering my first stage o-ring seat was damaged and it would not seal for the second dive, that then had to be abandoned. It is surmised that this was latent damage from a mishap during a recent Bali trip when the regulator was damaged by a careless diving attendant and “repaired”. Although only one dive was conducted by a single surveyor the sea slug population has certainly improved at this site since June of this year when only 8 species were recorded across two dives with two surveyors. This improvement was foreshadowed by the increased Bornella Reef (also at Mudjimba Island) sightings late last month. (Note: A video taken on this excursion of Verconia norba has been placed on its Species Profile page.)

Our Historical Data:
– This excursion brings the survey number to 48 at this site since we commenced fully recording data here on 12/06/2010.
– 164 species have been recorded at this site.
– Our most common sightings at this site are: Doriprismatica atromarginata (98%), Thuridilla cf. splendens (96%),
Goniobranchus splendidus (94%) and Phyllidiella pustulosa (92%) all of which were recorded on this survey.
– This site last surveyed on 14/06/2022.
– In reviewing the graphical representation (see image gallery below) of both species and total organisms, there seems to have been a gradual decline in the number of both recorded on each survey performed here. The reason for this trend (or the impression of a trend) will need to be examined in relation to other factors. 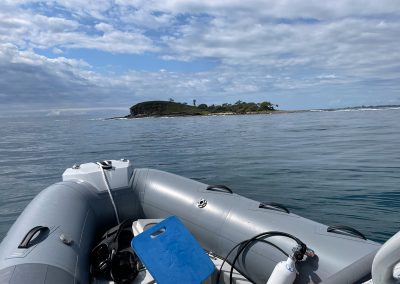 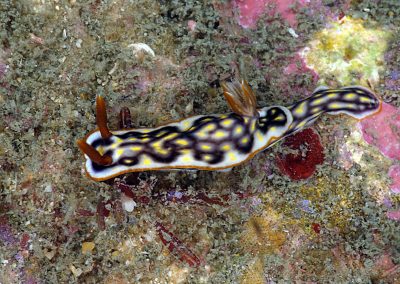 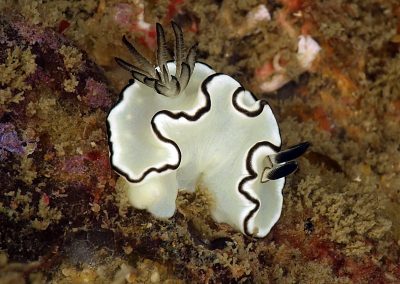 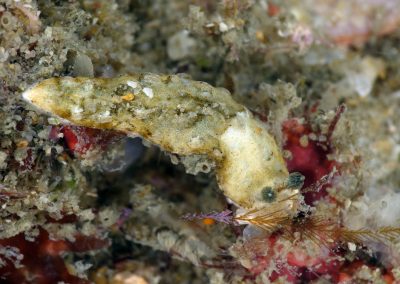 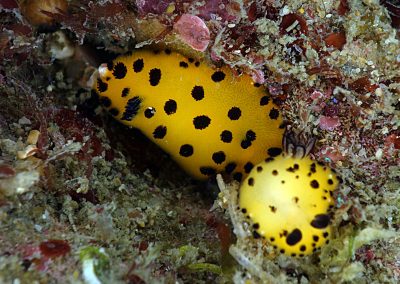 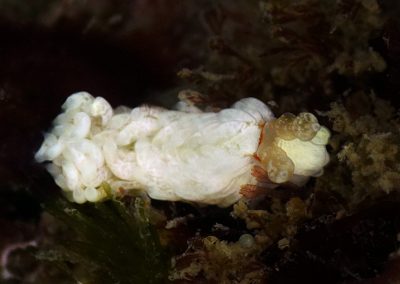 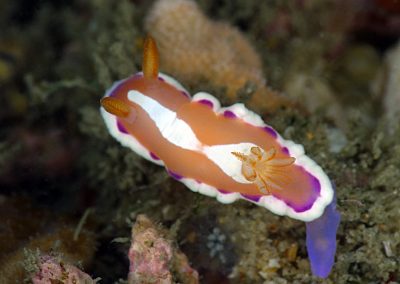 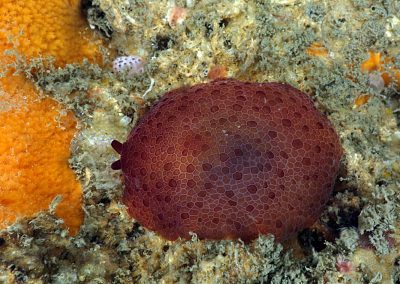 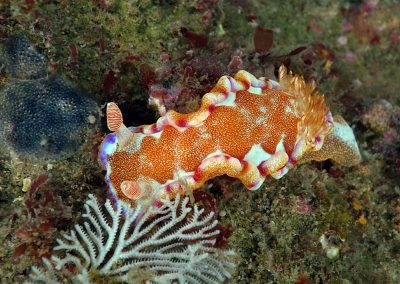 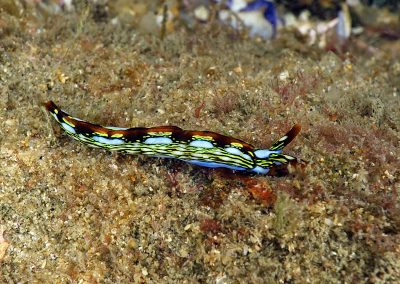 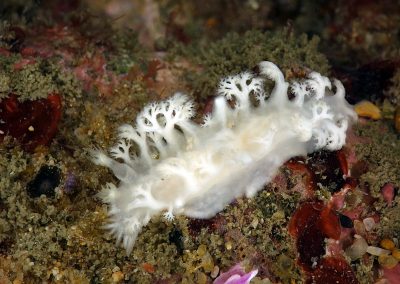 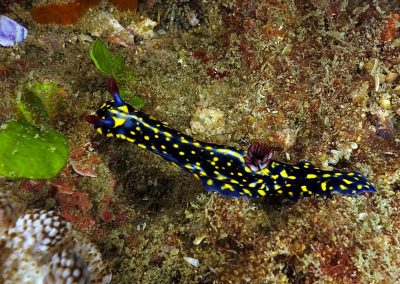 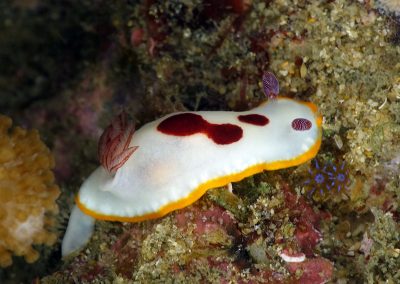 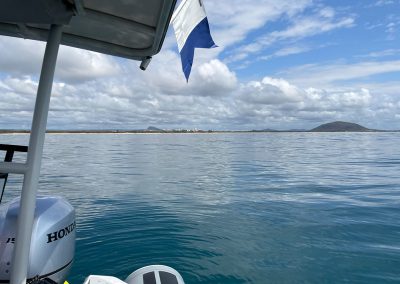 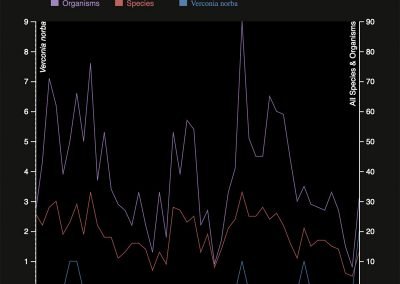