Having received reports that good visibility had returned at Mudjimba Island last week, we headed up that way in More Mischief. The swell was small and the boat rode easily at anchor. There was very little surge and reasonable visibility making for enjoyable dives. The shallow depths also facilitated longer dives. Some of the not-so-common species sighted include: Diversidoris crocea, Hypselodoris apolegma, Hypselodoris imperialis, Marionia rubra, Tenellia sp. 01 and Trapania vitta. Of the 39 species total, 25 species were dorids, 16 of which are of the Chromodorididae family and 7 of those belonging to the Hypselodoris genus. 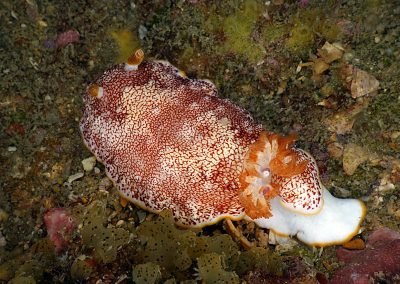 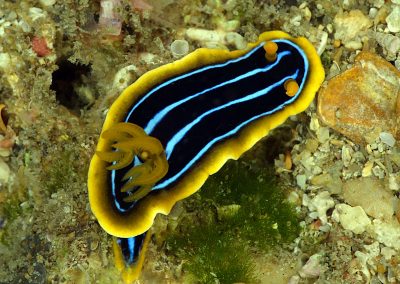 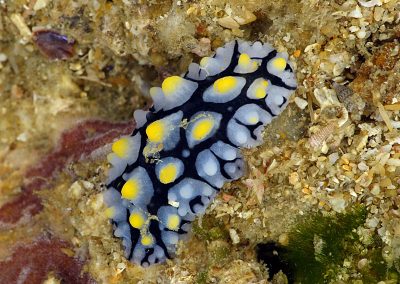 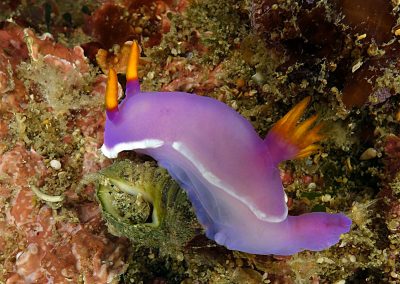 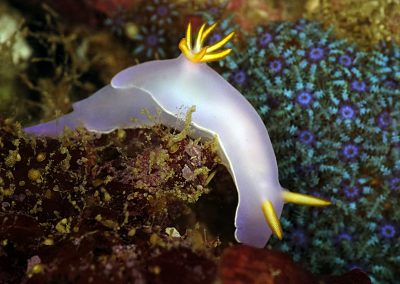 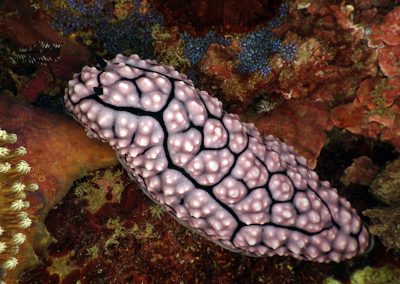 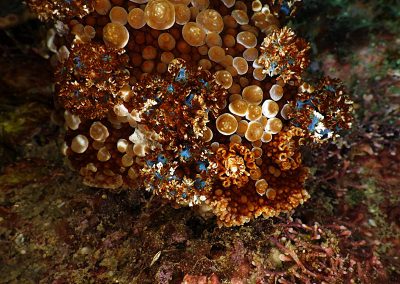 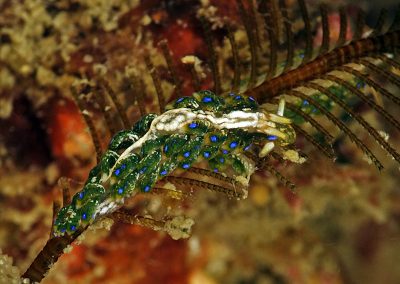 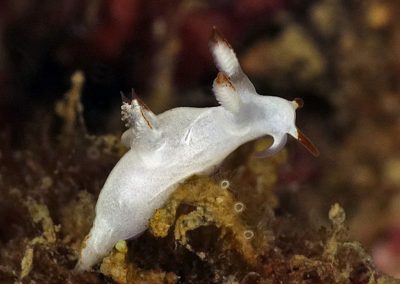 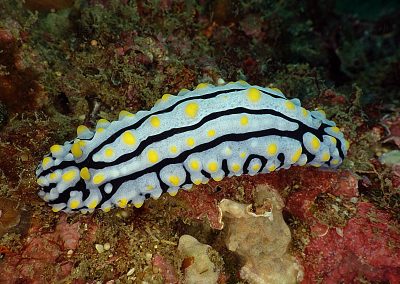 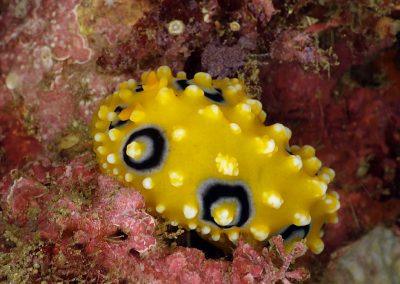 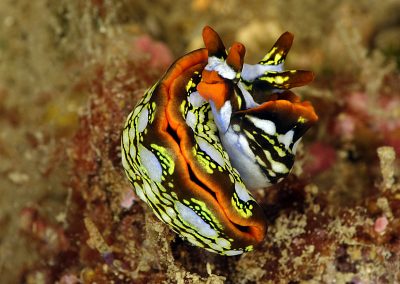 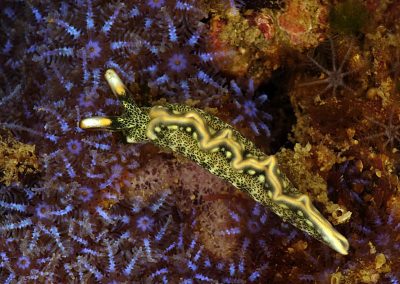 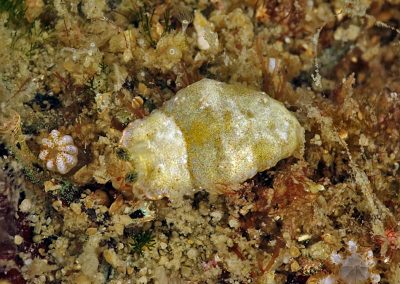 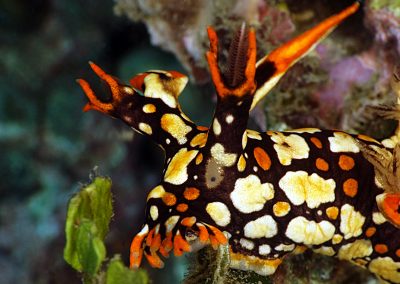 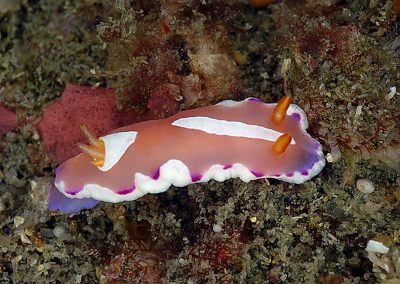 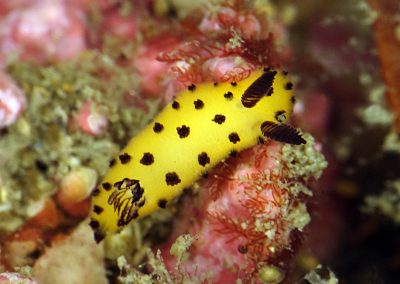 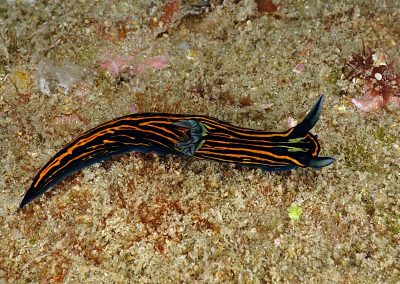 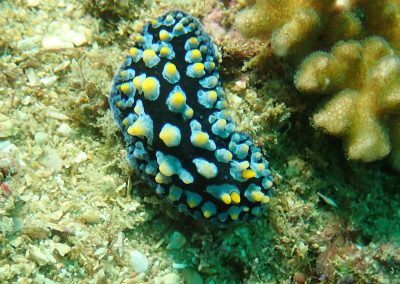 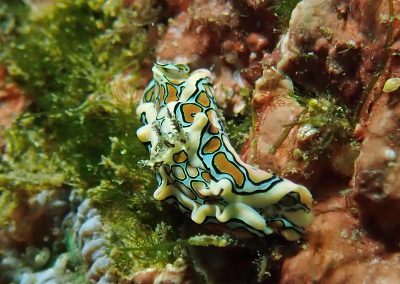 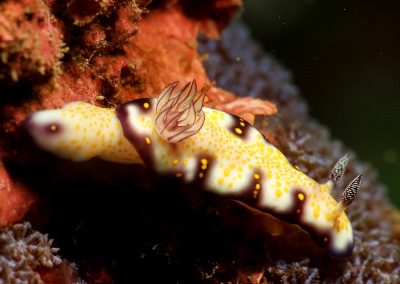 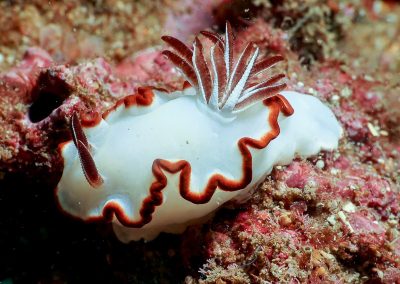 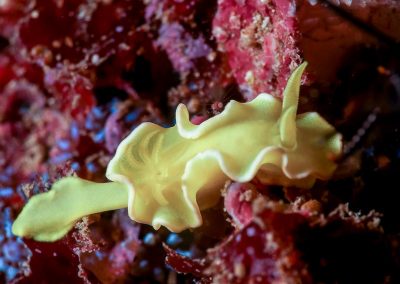 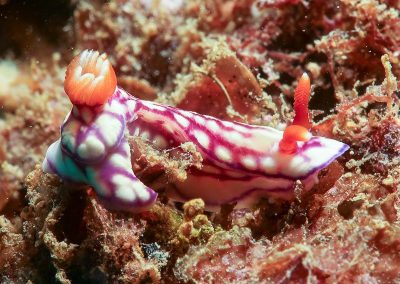