Ah! Offshore diving. So much to choose from, so much to see. There are two Caloundra Bars at the moment – the old one, gradually silting up and the new one at the Bribie break-through to the south – currently of unknown navigability to us. We decided to dive Currimundi Reef but to head out of the Mooloolah River and travel south. Serene surface conditions greeted us as we rounded Point Cartwright. Low unruffled swells, beam on, were handled with finesse, their surface only broken by our wake, schools of bait fish, the occasional dolphin and rafts of Shearwaters resting on the surface. The water looked quite green once we arrived but the anchorline was visible for several metres before it faded into the depths. On the bottom we had seven metres of visibility, enough for navigation of the site. A respectable species count was compiled although, the overwhelming preponderance of dorid nudibranchs in the species count makes one wonder whether we are just seeing the conspicuous species and overlooking the cryptic. We did sight in excess of 109 specimens of sea slugs so considering the oft quoted maxim that they are “inherently rare in space and time” (or are they?) we were obviously busy for the entire bottom time.

Taxonomic Diversity:
23 of the 25 species sighted were nudibranchs, with 20 being dorids (80% the overall total) comprising 0 x phanerobranch (non-retractile gill), 6 x porostomes (suctorial feeders and all Phyllidiidae family) and 14 x cryptobranchs (retractable gill) (all belonging to the Chromodorididae family). The balance of the nudibranchs were made up of: 2 x aeolids 1 x dendronotid. The other 2 non-nudibranch sea slug species comprised 2 x cephalaspidean. If diet is considered then 21 of the 25 species sighted are spongivores.

Our Historical Data:
– This excursion brings the survey number to 34 at this site since we commenced fully recording data here on 08/05/2011.
– 136 species have been recorded at this site.
– Our most commonly recorded species are: Phyllidia pustulosa (91%), Doriprismatica atromarginata (88%), Phyllidia ocellata (82%) and Goniobranchus splendidus (76%).
– This was the first survey where we have recorded Ceratosoma tenue and Verconia decussata at this site and only the second outing here at which we have recorded Chromodoris lochi, Diversidoris crocea, Hypselodoris sagamiensis or Hypselodoris sp. 10.
– The prevalence and overall abundance of species recorded by us has remained relatively constant over our survey period, although the abundance of the two most prevalent species has been increasing slowly over the survey period (see example for P. pustulosa in graph, below in the image gallery, – the peak in all species abundance in September 2011 was due primarily to an abundance of Dermatobranchus sp. 7 recorded at the time).
– Other than a slight decrease in the number of Chromodoris kuiteri recorded in the months April – June, there is no obvious seasonal variation in prevalence or abundance of particular species at this site.
– This site last surveyed on 23/07/2021. 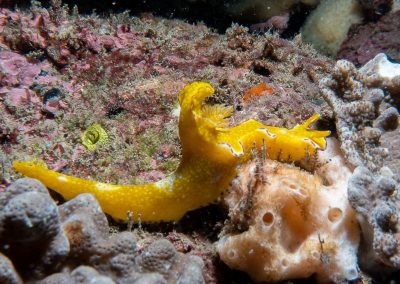 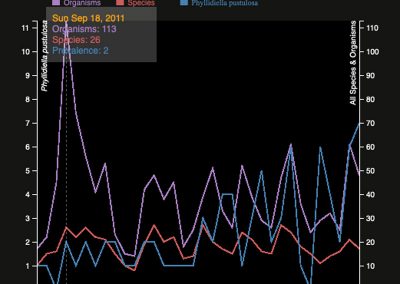 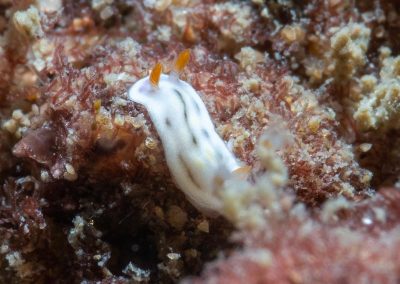 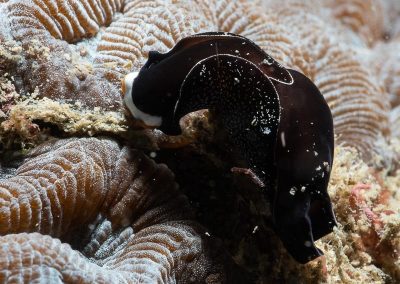 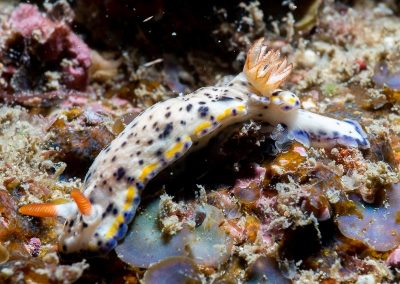 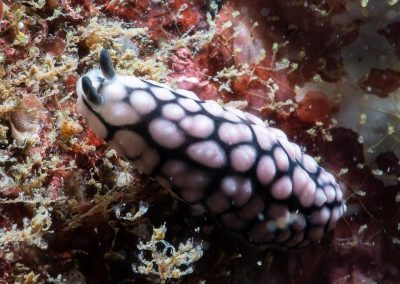 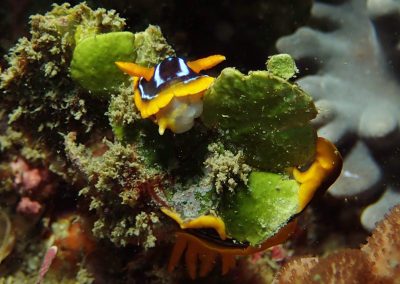 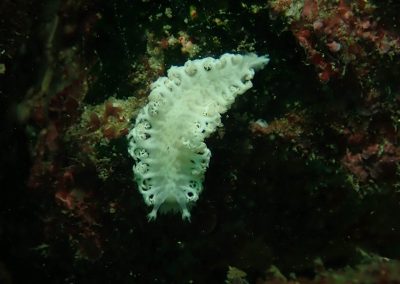 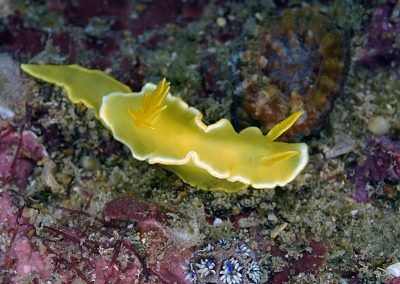 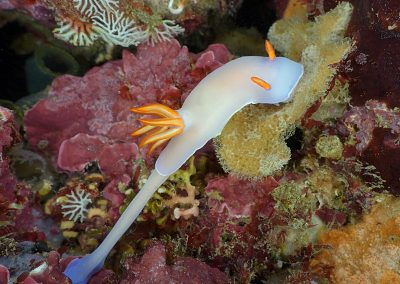 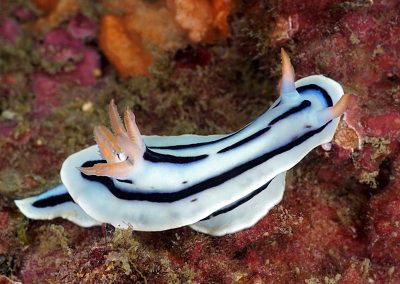 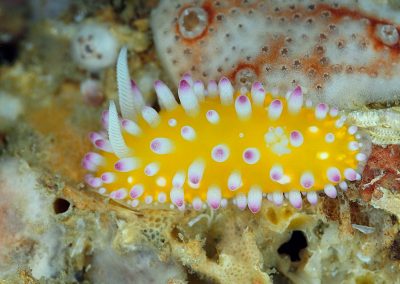 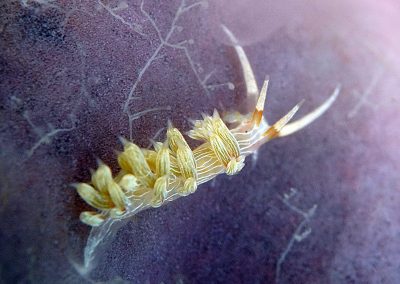 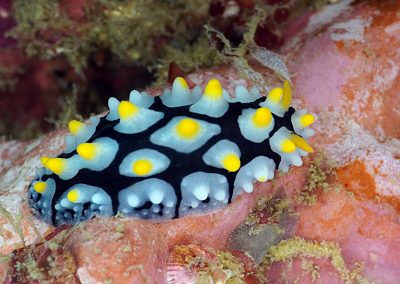