From the shore the visibility looked inviting. As we were gearing up though, it appeared as if we might have to dodge several anglers both on the shore and sitting in dinghies over our dive site. Fortunately, one of the boats soon shifted and the shore based angler left, allowing us room to manoeuvre around the remaining dinghy. Cratena lineata, Flabellina lotos and various Unidentia were abundant. A small, juvenile cryptobranch dorid was found under a rock that we are unsure of genus placement so have called our Discodorid sp. 01 for now. The mantle is covered with knobbly pustules.

Taxonomic Diversity:
Possibly due to the high level of hydroid growth, aeolids often figure prominently in our river species list as occurred on this dive. 12 or almost 2/3rds of the total species count were aeolids the balance being made up by 5 phanerobranchs (almost a 1/3rd) and 2 cryptobranchs. This preponderance of aeolids and phanerobranchs might be indicative of the high current (swift tidal habitat) preference of their food sources available in the river – hydroids, anemones and arborescent bryozoans, the gymnodorids of course taking advantage of the high population levels of their prospective prey. A Gymnodoris sp. 10 was photographed consuming a Cratena lineata. 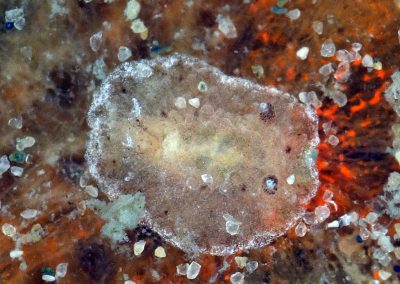 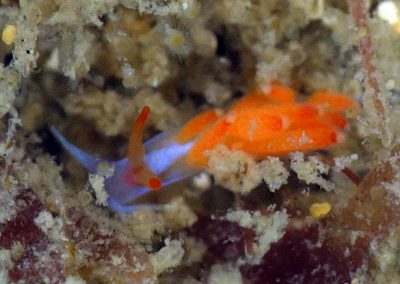 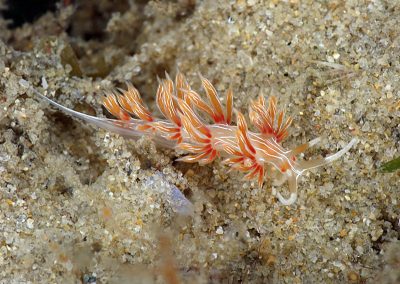 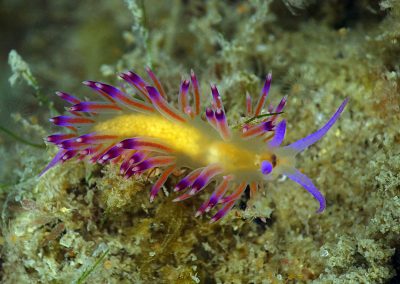 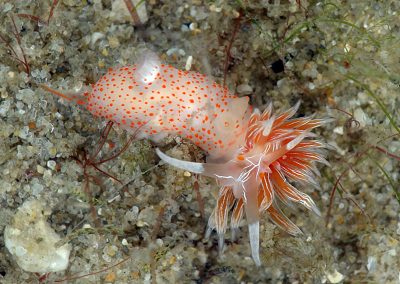 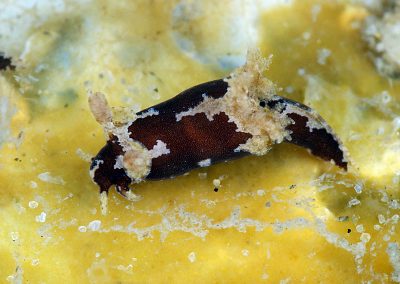 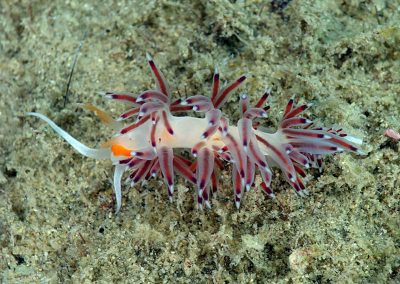 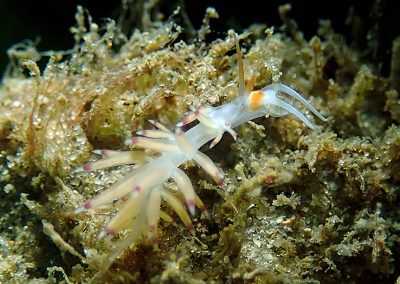 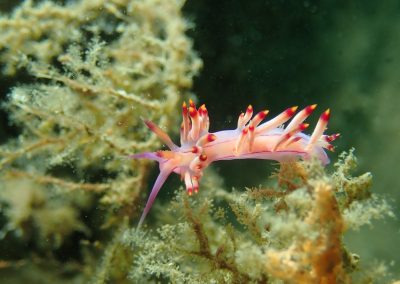 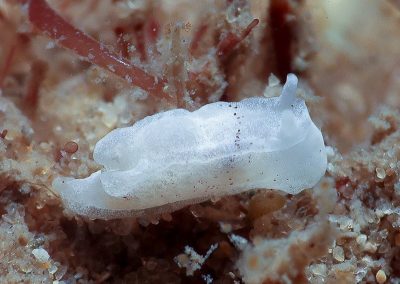