It has been 3 months since our last Sunshine Coast survey. Weather conditions, other engagements, overseas diving and Reef Check surveys have kept us otherwise occupied. We crossed the new Bribie Bar without incident the channel being at the northern end of the bar hard up against the southern shore of the breakaway section of Bribie Island. Conditions were conducive for relaxing and enjoyable diving with whale songs heard throughout both dives as they are now making their way south, close inshore. Some new gear was being tested as well, including a redundant air supply and emergency radio and EPIRB. The abundance of the small Tambja tenuilineata is certainly worth highlighting.

Taxonomic Diversity:
16 of the 17 species sighted were nudibranchs, all bar one (an aeolid) being dorids comprising 3 x phanerobranch (non-retractile gill), 4 x porostomes (suctorial feeders and all Phyllidiidae family) and 8 x cryptobranchs (retractable gill) (all belonging to the Chromodorididae family). The other single non-nudibranch sea slug species was a cephalaspidean (headshield slug). If diet is considered then 14 of the 17 species sighted are spongivores.

Our Historical Data:
– This excursion brings the survey number to 36 at this site since we commenced fully recording data here on 08/05/2011.
– 136 species have been recorded at this site.
– Each of the species seen on these two dives have been recorded by us at this site previously.
– Ardeadoris egretta is a rare sighting however, having been recorded by us at this site only once previously on 14/01/2012.
– Our most common sightings at this site are: Phyllidiella pustulosa (92%), Doriprismatica atromarginata (89%), Phyllidia ocellata (81%), and Goniobranchus splendidus (78%).
– The species count and abundance has remained fairly constant over the period covered by our surveys.
– This site last surveyed on 18/02/2022. 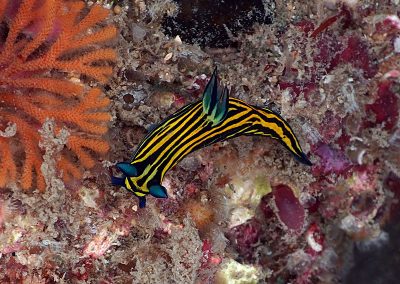 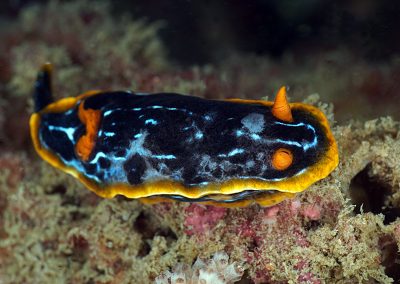 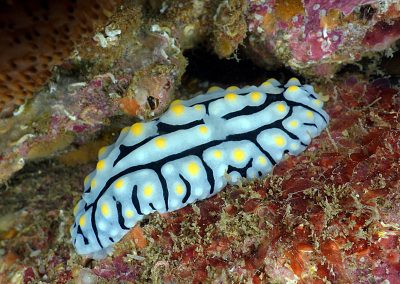 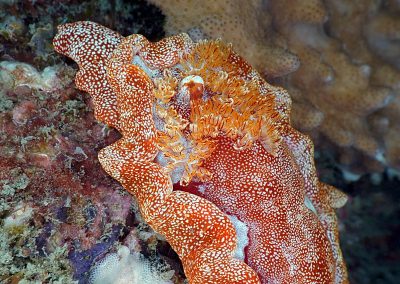 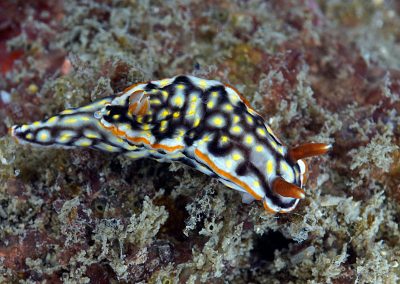 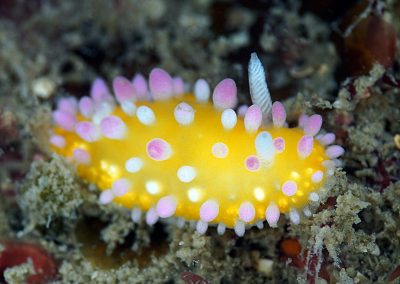 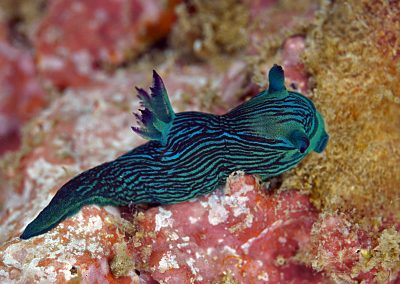 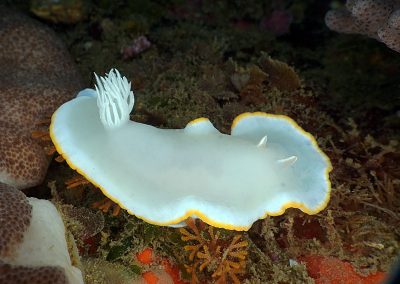 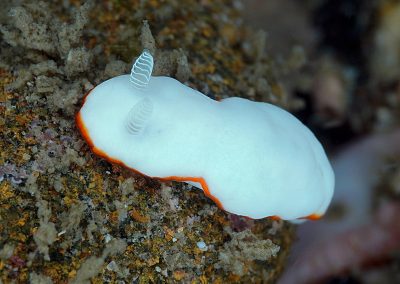 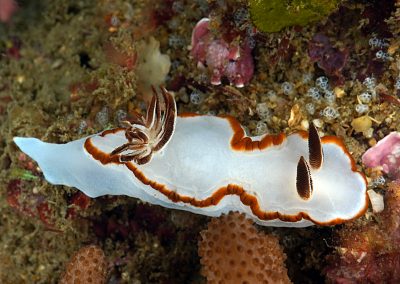 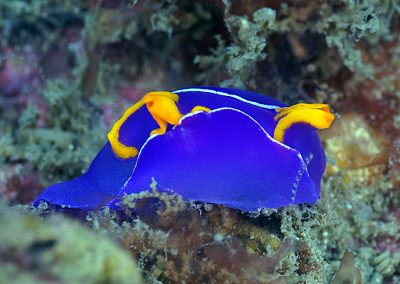