Conditions were again sunny and windy. Our initial aim today was to return some species we had collected for closer examination on our previous survey at the site. However, on releasing these critters, it became obvious that our target species were present in even greater numbers than on the previous survey so we quickly fell into search mode and were rewarded with the find of a new species for us – Elysia sp. 32. In some respects it is similar to Elysia chilkensis Eliot, 1916, notably in regard to the extremely long and thin rhinophores. The original account lacks an illustration and is short on description. Kathe Jensen (SSF, 2006) suggests a specimen found in Hong Kong may be Elysia chilkensis and has posted an image on SSF. Rudman states however: “…. I suspect Eliot’s Elysia chilkensis is unidentifiable.” 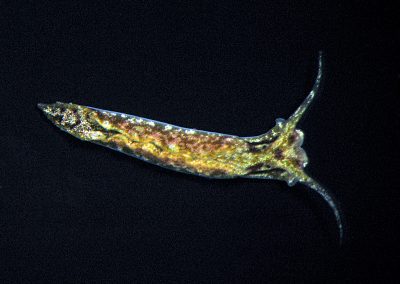 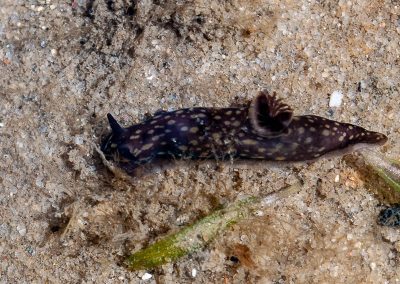