We launched the boat at the Coast Guard ramp on the northern bank of the Mooloolah River increasing our chances of securing a spot in the larger trailer park. At this point we had decided to check out the viz at Old Woman Island and If it was dirty to head further north to the Arkwright Shoals. As it transpired the water was clean so we dived off the eastern edge of the island at a site, not often dived, that we call East Boulders. The bottom was very bright due to the clears skies, excellent visibility and shallow depth. The surge however was somewhat annoying and so for the second dive moved to The Wall on the south west side of the island. Here, Terry searched the substrate at middle depth while David searched the substrate where the wall flattens out at maximum depth. The count would seem to suggest that the phyllidiids and Doriprismatica atromarginata prefer the middle depth.

Taxonomic Diversity:
Combining the two sites:
19 out of the 26 species sighted (almost 3/4 of total) were dorids comprising 3 x phanerobranchs, 5 x porostomes (all belonging to Phyllidiidae) and 11 x cryptobranchs (all bar one belonging to the Chromodorididae Family). The other 7 species comprised: 1 x aeolid, 3 x dendronotids 1 x sacoglossan, 1 x umbrella shell and 1 x cephalaspidean completing the count. If diet is considered 19 of the 26 are spongivores.

Our Historical Data:
East Boulders:
– This survey is number 9 at this site since we first recorded information from here on 18/1/2011. Perhaps the low survey count is a reflection of its exposure to the predominant easterly swells we get here and the shallow depth. Surveys here have been restricted to the months of August and November.
– Last surveyed on 16/08/2019
– 88 species have been recorded here
– Doto rosacea is not common. It was recoded previously at The Wall, OWI but that was back in Oct 2008 before detailed records were kept.

The Wall:
– This survey is number 27 at this site since we first recorded information from here on 04/07/2011
– There is possible overlap at this site especially those surveys that are recorded as The Bommie.
– Last surveyed on 15/06/2021
– 143 species have been recorded here
– Goniobranchus coi was recorded at this site back in 2003 before detailed records were kept. However, since 04/07/2011 when comprehensive recording was commenced it has not been sighted here until now.
– Tambja morosa and Roboastra luteolineata are uncommon here only having been recorded here once previously, both on a survey on 7/12/2012. 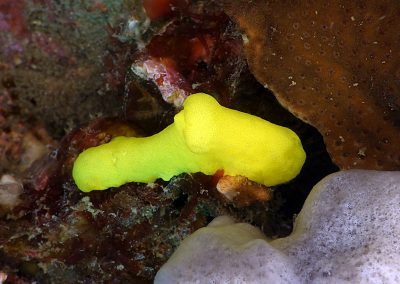 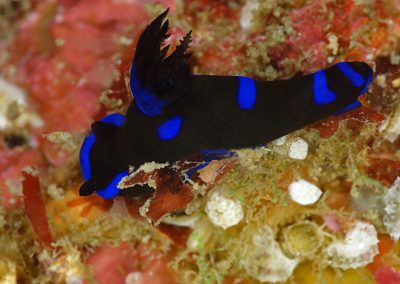 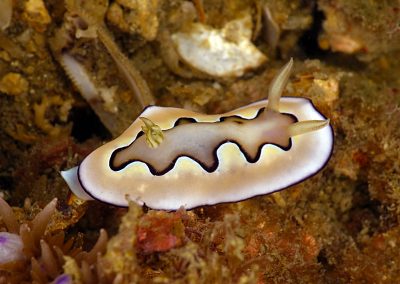 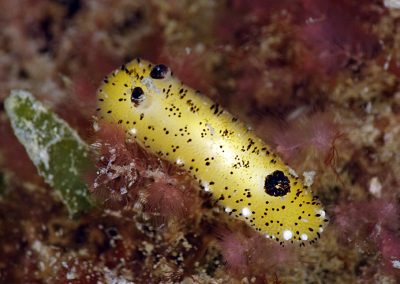 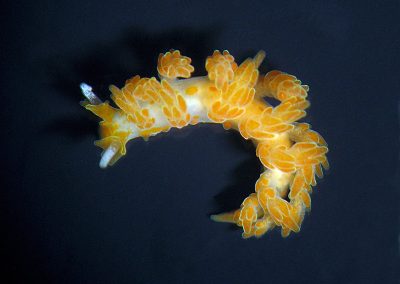 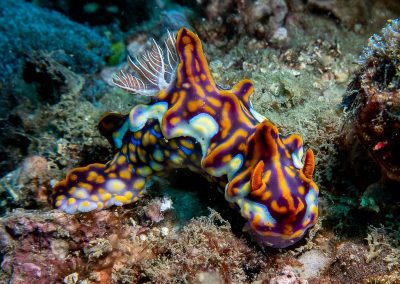 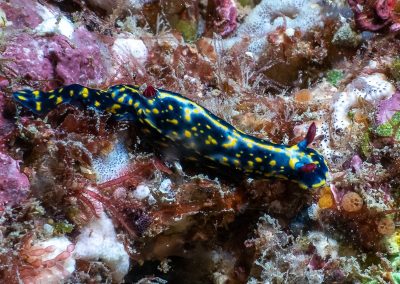 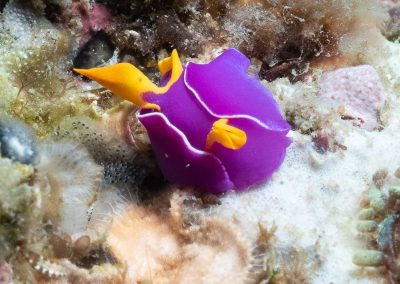 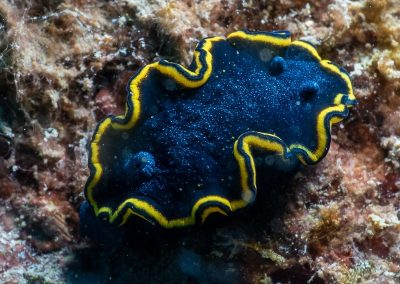