The school holidays are upon us so mid-week diving is not so quiet at the launching ramps, therefore the boat was put in at the Passage and we traversed the Caloundra Bar on our way to Currimundi Reef and the Nudi Ledge dive site. Both surface and down-under conditions were pleasant. Doriprismatica atromarginata were present in almost plague numbers and both Elysia maoria and Oxynoe viridis were found on their preferred algae food sources, both of which have come into seasonal “bloom”. Glossodoris hikuerensis, Phyllidia babai and a very large specimen of Goniobranchus coi were finds of note. The species count of Bornella anguilla included 3 mating pair.

Taxonomic Diversity:
28 of the 33 species sighted were nudibranchs, with 22 being dorids (2/3 the overall total) comprising 1 x phanerobranch (non-retractile gill), 6 x porostomes (suctorial feeders and all Phyllidiidae family) and 15 x cryptobranchs (retractable gill) (all but one belonging to the Chromodorididae family). The balance of the nudibranchs were made up of: 3 x aeolids, 2 x arminids and I x dendronotid. The other 5 non-nudibranch sea slug species comprised 2 x sacoglossan, 2 x cephalaspidean and 1 x umbrella-shelled sea slug. If diet is considered then 23 of the 33 species sighted are spongivores.

Our Historical Data:
– This excursion brings the survey number to 110 at this site since 30/10/2011
– 220 species have been recorded at this site.
– Our most commonly recorded species are: Doriprismatica atromarginata (98%), Phyllidia pustulosa (94%), Phyllidia ocellata (89%) and Sagaminopteron ornatum (85%).
– This is the first time we have recorded Phyllidia babai and Tenellia sp. 35 at this site.
– We have only recorded Glossodoris hikuerensis and Hypselodoris tryoni at this site on one previous occasion (8/10/16 and 24/11/12 respectively).
– Hypselodoris maritima has not been recorded here since June 2017 and, except for that record, recordings have been limited to the months October through to January inclusive.
– Oxynoe viridis is another species which appears to have a summer presence at this site (linked to the seasonal emergence of their algal food source – Caulerpa racemosa – at this time) and Doriprismatica atromarginata, although recorded year round, appears to be more prevalent in September to October.
– Although there are fluctuations, the number of species recorded at the site has remained relatively constant. Similarly, except for a peak in the number of organisms recorded per survey in September 2016, the prevalence of opisthobranchs at this site is also relatively constant (see graph in image gallery).
– This site last surveyed on 14/08/2021 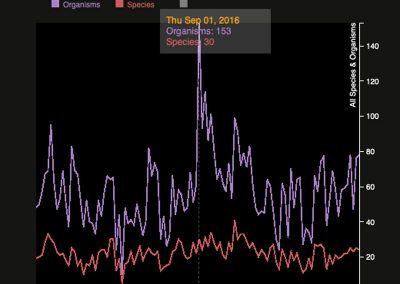 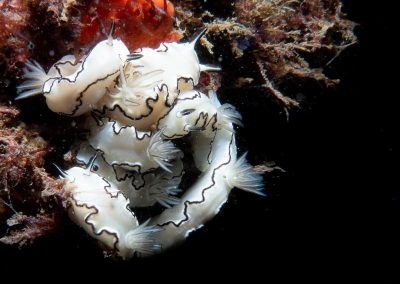 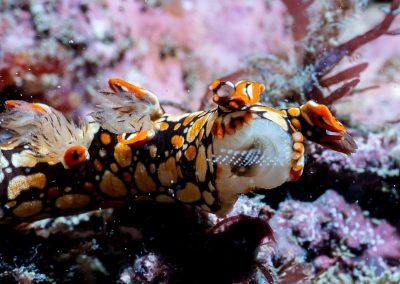 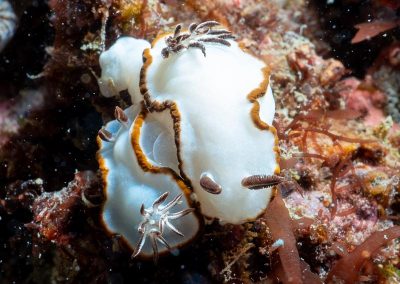 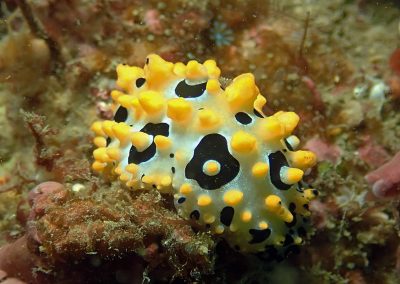 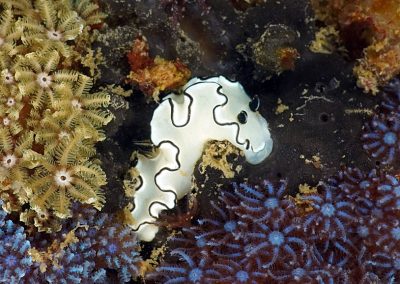 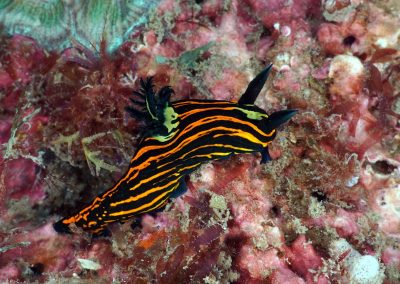 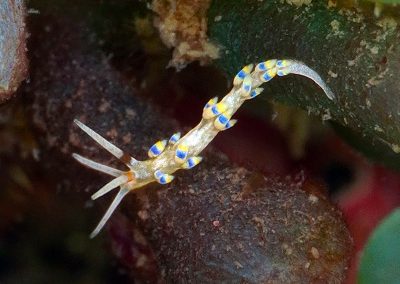 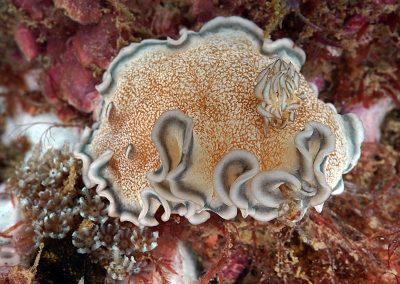 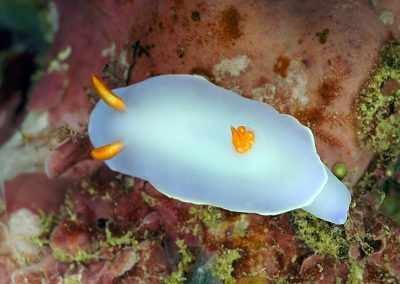 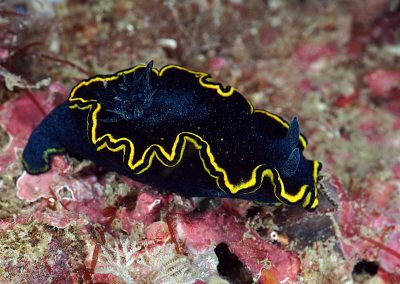 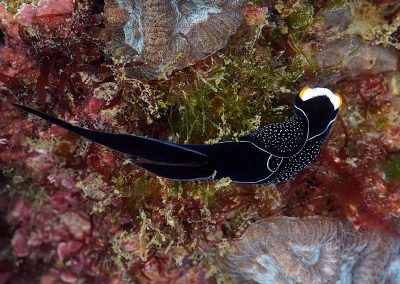 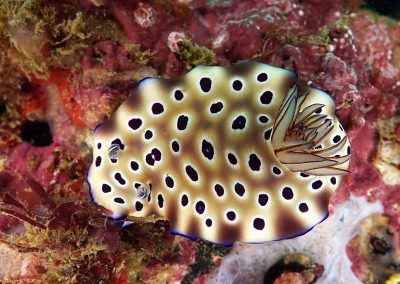 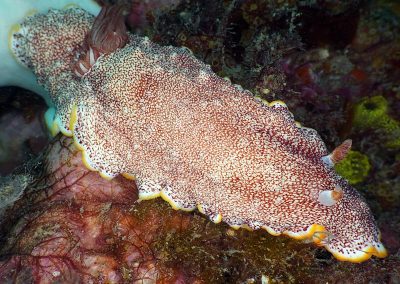 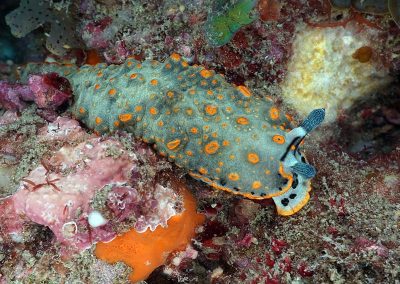 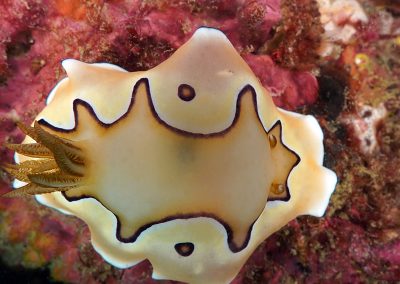 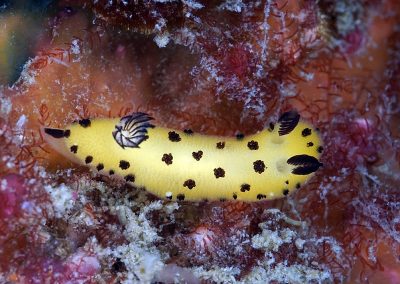 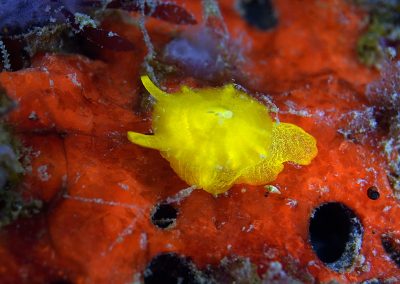