Weather, run off, swell and some private commitments have prevented us from venturing offshore for the past month. With the Caloundra Bar in a state of flux due to the Bribie break-through we headed out from the Mooloolah River to access the Outer Gneering Shoals in the hope of reasonable visibility. The water was green not blue and the first 5 meters of water depth carried a large load of particles of various origins (hence the green hue), however the visibility proved to be quite good with 12 m on Wobby Rock and a little less at 10 m on Coles Hole. Wobby Rock looked a little “barren” and finds were few and far between even though a lot of territory was covered. Two specimens of Goniobranchus geometricus were recorded in separate locations at this site. It was interesting to note that they were both on a deep-purple sponge tentatively identified as Chelonaplysilla violacea. A feeding scar is evident in one of the images below. Coles Hole looked to have a healthier substrate and provided 33% more species with 16% less bottom time. Even the phyllidiids were scarce at Wobby Rock with 3 species providing only 3 specimens whilst at Coles Hole there were 6 species providing a total of 12 specimens.

Taxonomic Diversity
Combining the two sites:
16 out of the 17 species sighted (or 94% of the total) were dorids (across 9 genera) comprising 1 x phanerobranch (unable to retract gill), 6 x porostomes (radulaless suctorial feeders, all belonging to Phyllidiidae) and 9 (more than half the total) x cryptobranchs (able to retract gill, all belonging to the Chromodorididae Family). The only other species was 1 x sacoglossan. If diet is considered 16 of the 17 are spongivores. No aeolids were sighted.

In summary, the species abundance and prevalence are at the lower range of that usually recorded on our surveys at these sites. Interrogation of the database indicates that there is no obvious seasonal pattern to any of the species we have recorded on this occasion at either of these sites. Interestingly the four most commonly recorded species are the same for both of these sites. Only a difference in percentage of dives upon which they were sighted varies and only slightly so, apart from Chromodoris elisabethina – showing a lower percentage at Wobby Rock although on this survey Wobby Rock produced 4 specimens (to be the dominate species) and Coles Hole zero – against the trend. 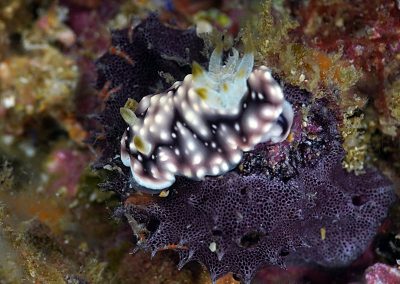 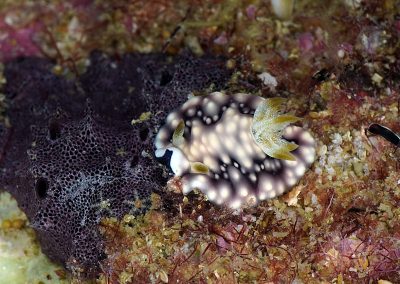 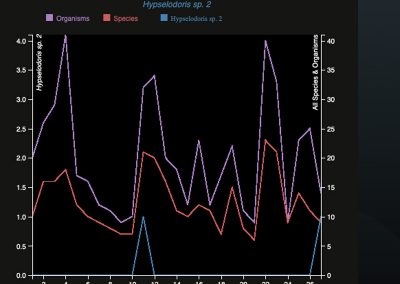 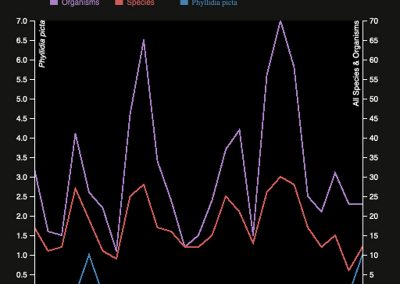 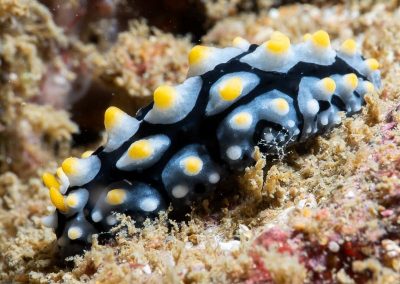 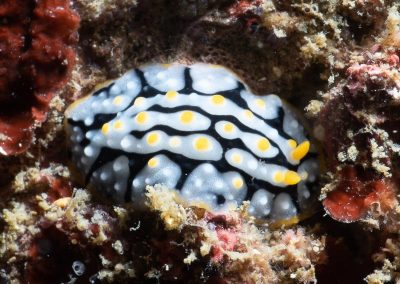 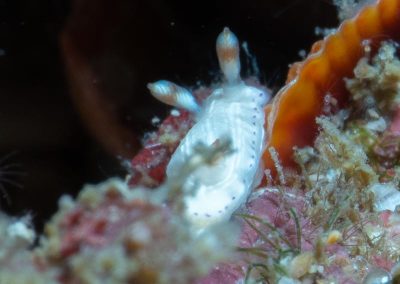 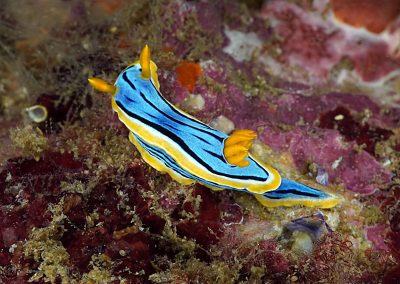 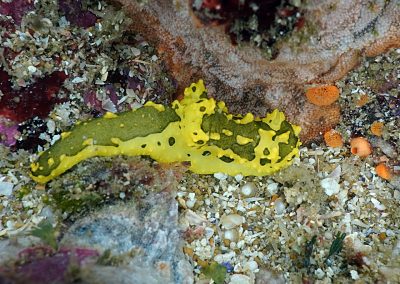 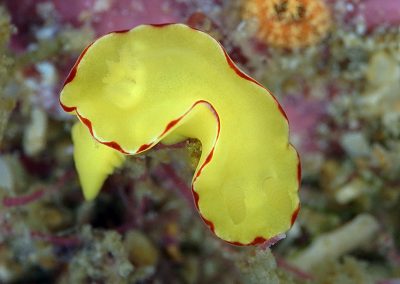 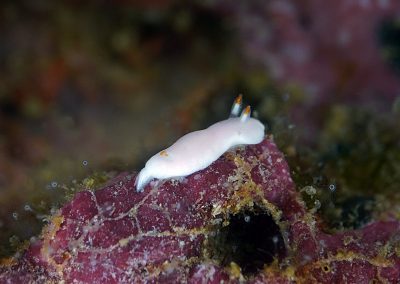