We met up with experienced divers, Tom & Nicola from Nelson Bay (currently at Coffs Harbour) who joined us for the river dive. We are still disappointed with the invertebrate life in the river of late, knowing from past experience how vibrant and diverse it can be. Cratena sp. 07 is still in the river following its first appearance in May of this year. Flabellina sp. 09 was a not-so-common find as was the Knoutsodonta maugeansis found on the turfing algae rather than the encrusting bryozoans that are its food.

Taxonomic Diversity:
Aeolids continue to dominate the river species count and population levels. More than half of the total species count were aeolids with the other 6 being dorids (2 x cryptobranchs & 4 x phanerobranchs).

Our Historical data:
– 80 surveys conducted at this site since 22/03/2014.
– Last surveyed 18/06/2021
– 225 species recorded by us at this site.
– Patterns of abundance are a little difficult to determine without proper statistical analysis but it would appear that Flabellina lotos  and Goniodoridella sp. 01 are most abundant at this site in April to July whereas the other species we see regularly seem to have relatively consistent abundances throughout the year. Unidentia sp. 01 numbers seem to peak around June but this may be skewed because we have still not separated out all of the variations of the earlier dives. Pteraeolidia semperi also has a high sighting percentage here of 81%, but no specimens were to be found this time. 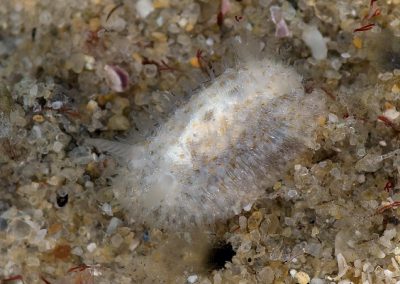 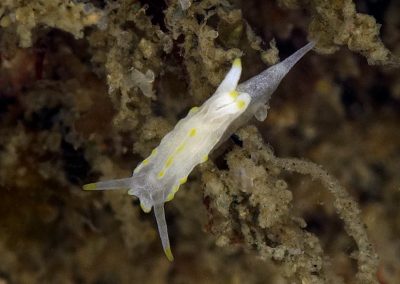 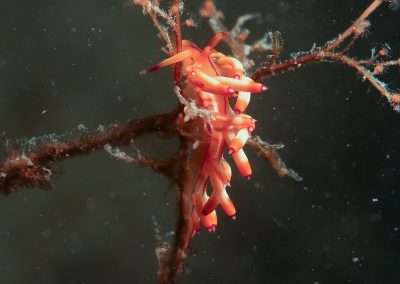