Great conditions saw us heading out over the new bar, cut through by the sea, on the northern tip of Bribie Island at Caloundra. Forskali Park was the destination. This is a relatively shallow site averaging 10 m that we haven’t dived in over 12 months. Due to that shallow depth we were impacted by some surge, and one had to wait at times until the set had passed over before attempting to focus the camera on the smaller species. Diaphorodoris sp. 01 was an exciting find, only recorded by us a couple of times previously. This species has the appearance of a Chromodorididae family member but is actually of the Onchidorididae family, making it a phanerobranch where the gills are not able to fully retract into a pocket below the mantle. They feed upon encrusting bryozoans. A very small juvenile Miamira magnifica was sighted the specimen not having yet commenced development of the large midline protuberances. 114 specimens in total were recorded.

Our Historical Data:
– This excursion brings the survey number to 26 at this site since we commenced fully recording data here on 22/08/2010.
– 109 species have been recorded at this site.
– Our most common sightings at this site are: Doriprismatica atromarginata (100%), Goniobranchus splendidus (92%), Phyllidiella pustulosa (92%) and, Hypselodoris jacksoni (85%).
– The number of species seen, and their abundance is towards the higher end of the range usually encountered at this site (see graph in image gallery below).
– Diaphorodoris sp. 01 deserves a special mention as it is a relatively rare find having been recorded first by us at Wobby Rocks in 2010 and then at Terry’s Delight in 2016 and Rocky in 2017.
– Diversidoris aurantionodulosa, Goniodoridella savignyi, Gymnodoris sp. 10, Phyllidia guamensis and Diaphorodoris sp. 01 have not been previously recorded by us at this site.
– This site last surveyed on 28/02/2021. 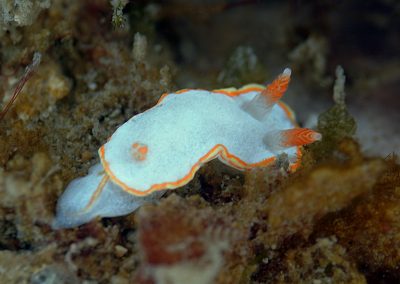 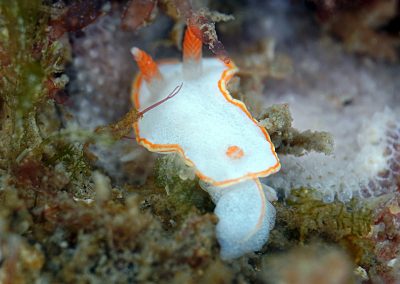 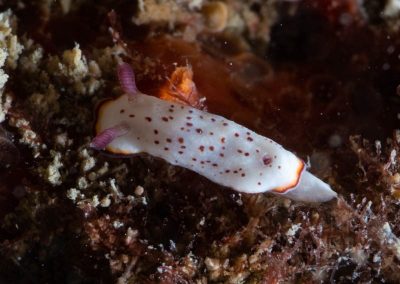 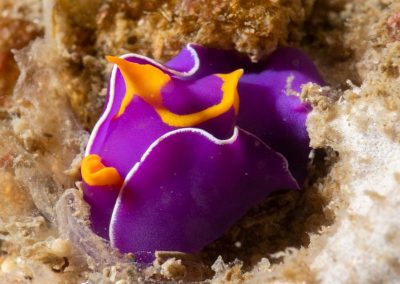 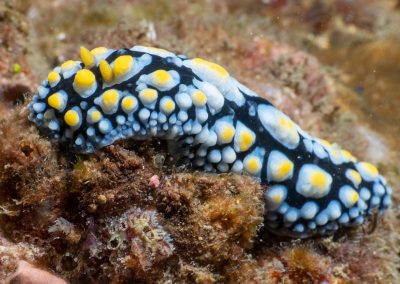 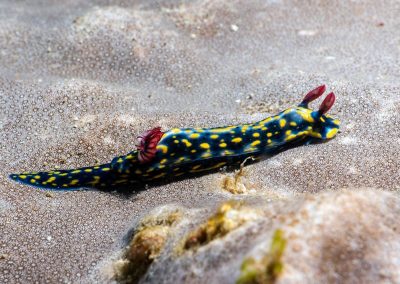 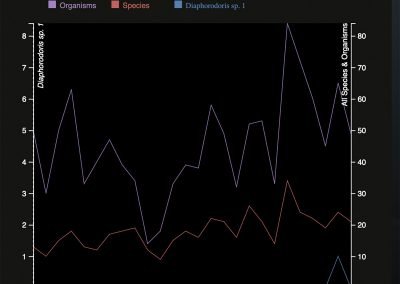 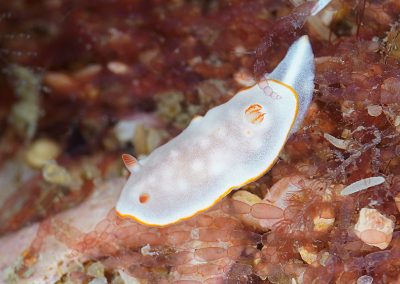 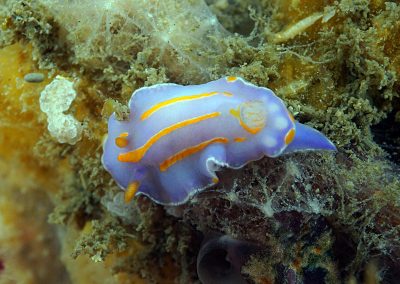 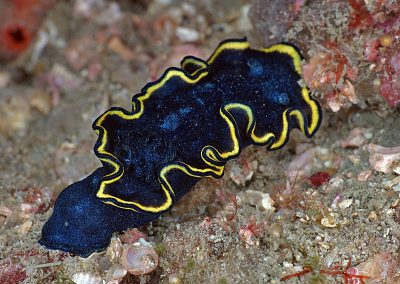 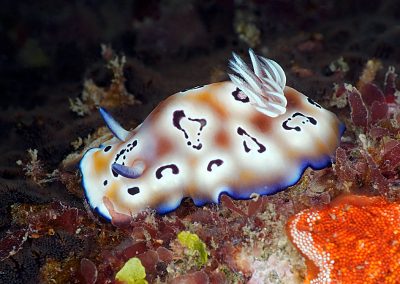 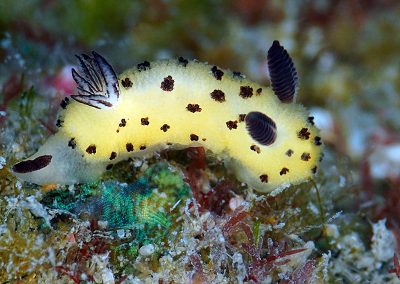 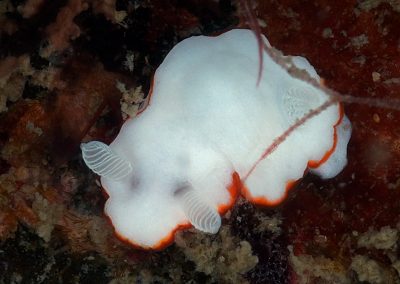 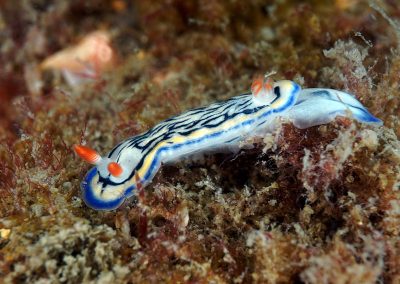 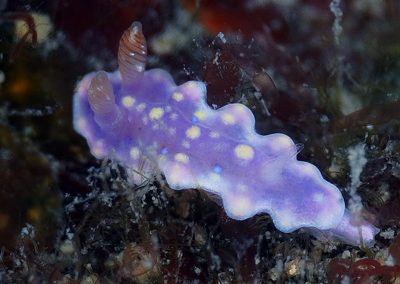 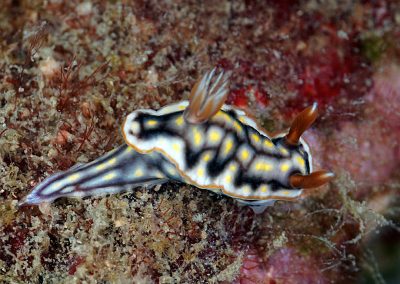 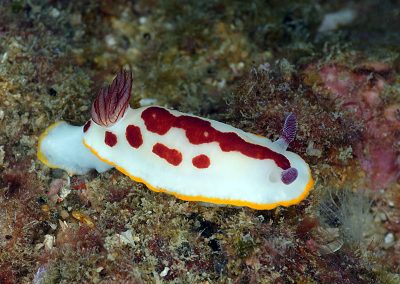 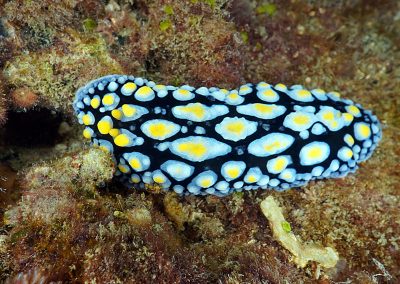 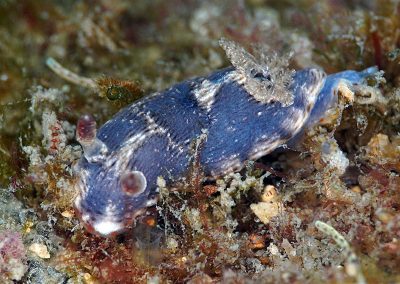 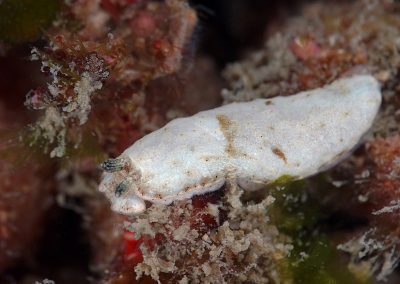 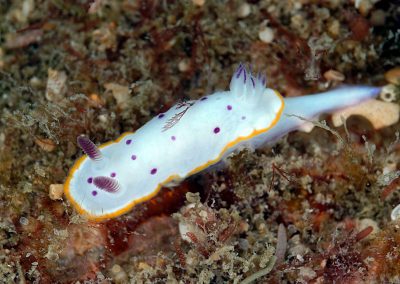 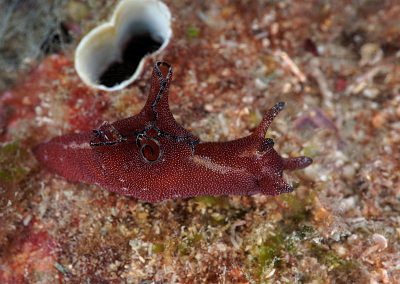