The trip commenced out of the Mooloolah River with high hopes. We had decided to investigate a site near The Trench on the Inner Gneerings called Canyons for which we had GPS coordinates but had never dived before. On arriving at the site the sounder was indicating that the depth averaged 18 m. Undeterred and in the hope of locating the so called “Canyons” we headed down the anchor line. At the bottom we were greeting with sparse and flat terrain in all directions. In an attempt to “make lemonade out of lemons”  we searched closely what little substrate growth was present on a couple of very low ledges and small boulders. David’s drysuit sprang a leak in the left wrist that, over the hour of immersion, percolated throughout the entire interior of the drysuit. The number of species sighted, as expected, was quite low. Phyllidia  cf. elegans was sighted being an almost perfect match to the example on our website. The two Goniobranchus sp. 06 were of remarkable size, at 100 mm, given the paucity of visible food. David called it a day after the dive, impatient to get out of his saturated undergarments. Once the anchor was weighed we cruised over the vicinity looking for a shallower region on the sounder, taking a mark at one spot for further investigation at a later date.

Our Historical Data:
– This excursion is the first recorded survey at this site and may remain the only one. 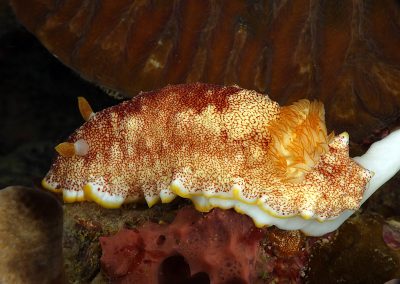 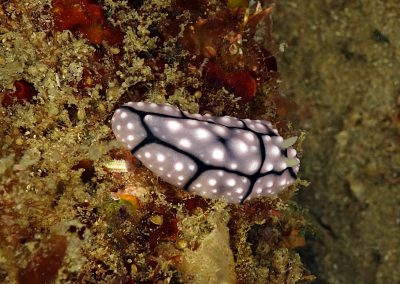 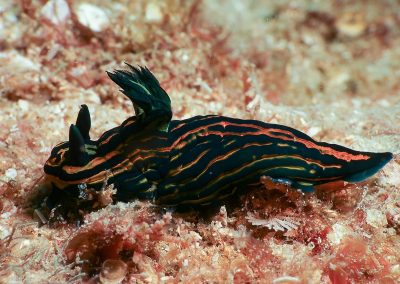 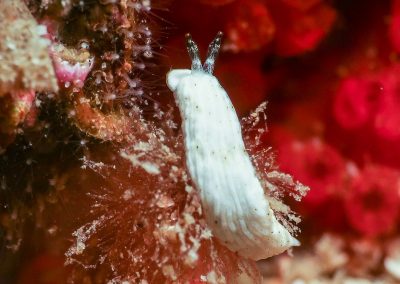 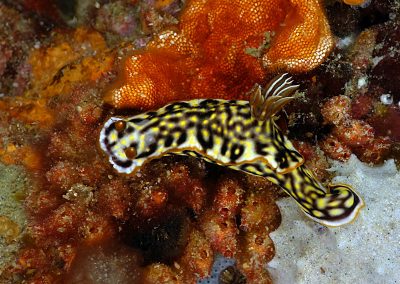