Following a survey and antifouling More Mischief needed to be taken on a run out on the ocean blue. The weather was perfect. All the recent rain and runoff however didn’t leave the ocean so blue therefore we set course to the Outer Gneerings. A strong current was noticed, flowing to the south as we anchored, so we deployed a safety line from stem to stern to assist our entry. Once on the bottom the current was negligible but the long period swell did reach down to give us some intermittent surge. The visibility on the bottom was fairly good at 10 metres but a top layer of green water certainly reduced the visibility nearer the surface. A couple of nice dives, with a resulting good list of sighted sea slugs, were enjoyed. Finds of note include: Ardeadoris sp. 01 (rarely seen), Halgerda albocristata (uncommon), Okenia hallucigenia, Phyllidiopsis shireenae, Phyllodesmium magnum and Dendrodoris sp. 6 a new species to our list. It is worth mentioning that 10 phyllidiid species were recorded, almost one third of the total species count. From the records kept it would seem that the high numbers of Chromodoris elisabethina being recorded is not an unusual event and in fact, it is the most common and prevalent (when sighted) species at this site. 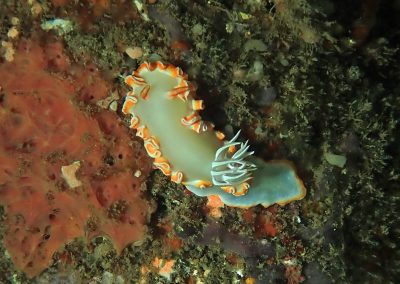 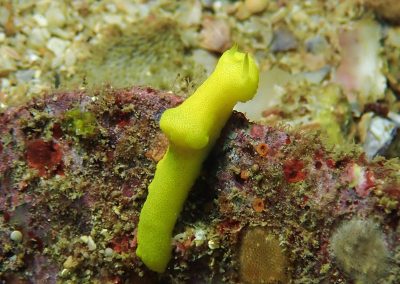 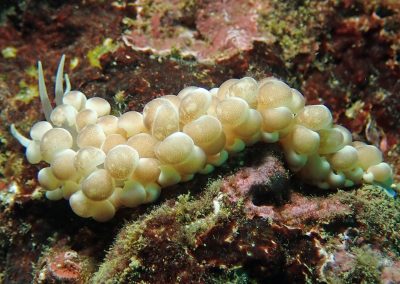 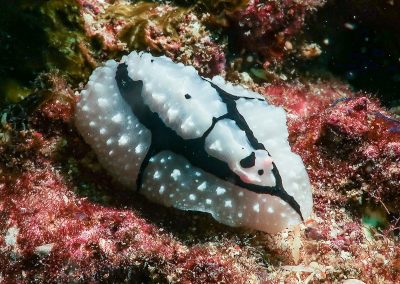 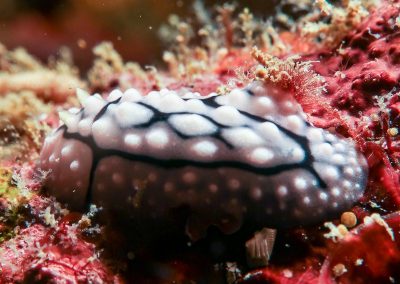 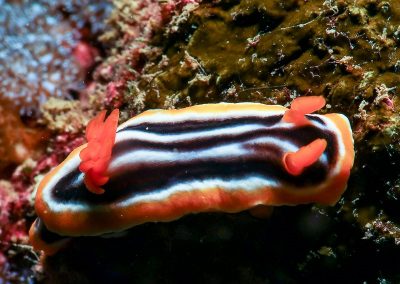 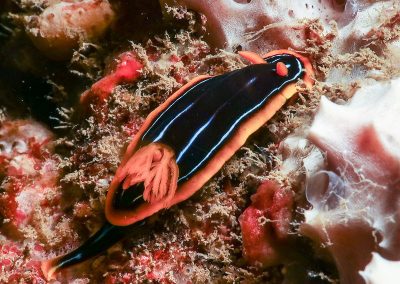 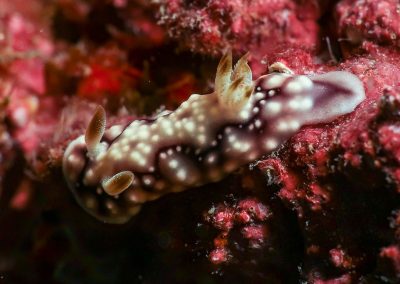 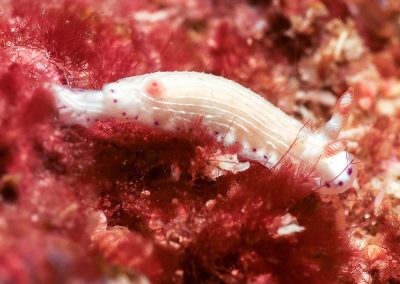 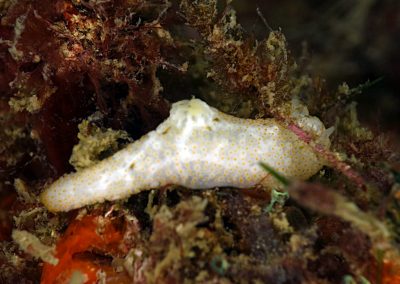 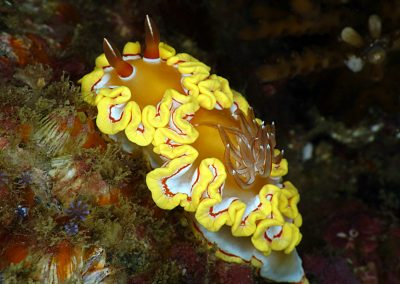 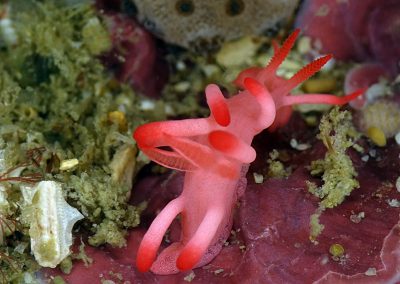 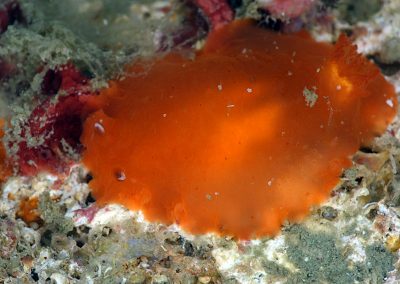 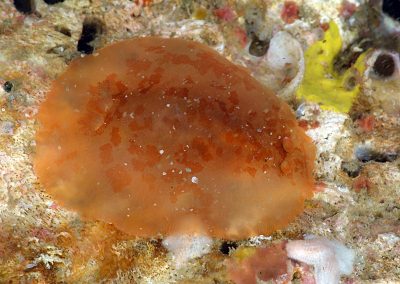 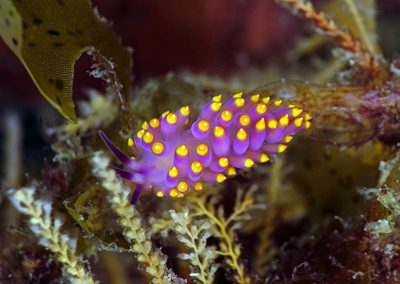 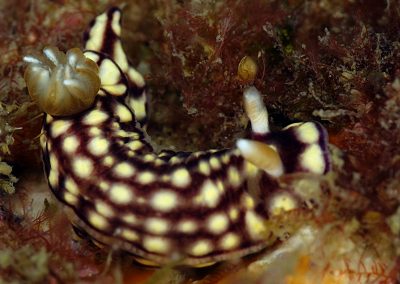 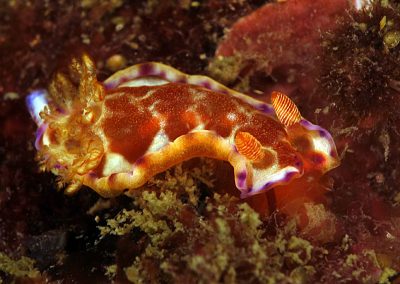 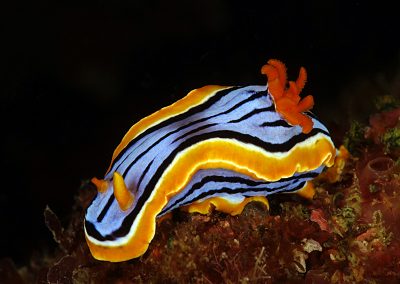