It has been several weeks since we have managed to get in some offshore diving on the Sunshine Coast. Conditions were close to perfect as a course was set for Old Woman Island. We anchored on The Wall and searched the substrate of that drop-off to the west on the first dive and to the east on the second. Sea slugs were abundant in both species and populations making for a most rewarding trip. There seemed to be more slugs in the 7-9 m depth range than deeper. With so many large colourful sea slugs to photograph we probably overlooked some of the more cryptic and inconspicuous varieties.

Taxonomic Diversity:
Of the 39 sea slugs sighted that belong to the Order Nudibranchia 36 were dorids, comprising 24 cryptobranchs (retractable gill), again over two-thirds, (21 from the Chromodorididae Family alone, being over half) 4 x phanerobranch (non-retractile gill) and 8 were porostomes (suctorial feeders and all Phyllidiidae Family). The other 3 nudibranchs were cladobranchs of which only one was an aeolid. The balance of 10 were spread across other orders as follows: 6 x Sacoglossa, 3 x Cephalaspidea and 1 x Pleurobranchoidea. Not to put too fine a point on it the Chromodorididae Family dominates the species count, a trend we have been noticing. If diet is considered 36 of the 49 species, almost three-quarters the total, are spongivores.

Our Historical Data:
– We have now undertaken 29 survey dives at The Wall, OWI since we first commenced keeping records here on 04/07/2011. Some care needs to be taken interpreting the statistics for these surveys as the site overlaps with a couple of other sites at Mudjimba Island – in particular, The Ledge and Elsewhere. – However, given that limitation, we have recorded 151 species at this site.
– The most sighted species are Phyllidia ocellata (97%), Phyllidia pustulosa (93%), Doriprismatica atromarginata (90%) and Thuridilla cf. splendens (86%).
– Thuridilla sp. 7 is a new species which we have not previously recorded on the Sunshine Coast (this may be a variation of Thuridilla cf. splendens but we have decided to separate it out at this stage).
– Our recording of Elysia sp. 14, Hypselodoris maritima, Phyllidiella cooraburrama, Sagaminopteron psychedelicum, Tambja caeruleocirrus and Thuridilla neona, are first recordings by us at this site. Thuridilla sp. 1 was also recorded here on a survey for the first time however it was photographed much earlier here on 08/10/2006, prior to survey records being kept.
– Quite a number of species –  Cadlinella ornatissima, Chromodoris magnifica, Doris sp. 1, Halgerda sp. 3, Hypselodoris sp. 9, Mariaglaja inornata, Phyllidia picta and Verconia alboannulata – have only been recorded by us at this site on one previous occasion.
– More species, 36 in the first survey dive today, and more organisms, 128 in the second survey dive today, were recorded than on any previous survey dive by us at this site.
– The numbers of Doriprismatica atromarginata, and Phyllidiella pustulosa recorded on each survey dive has been increasing steadily since our first survey here.
– This site last surveyed on 20/08/2021. 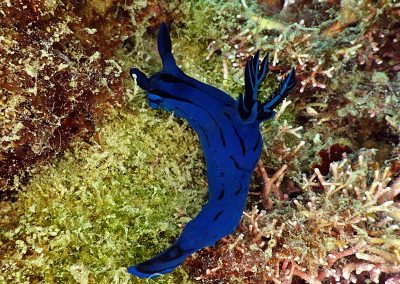 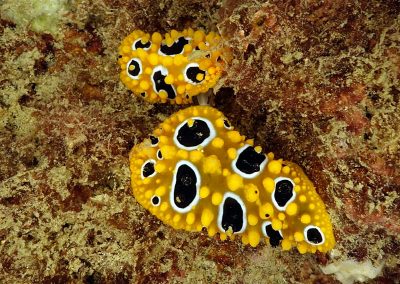 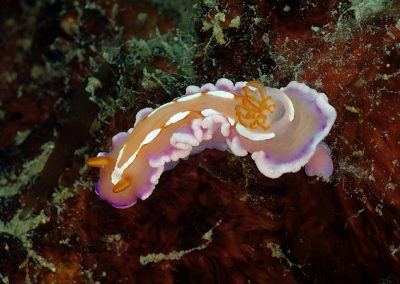 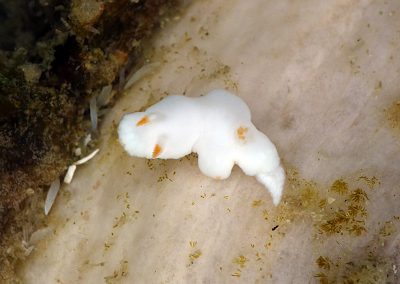 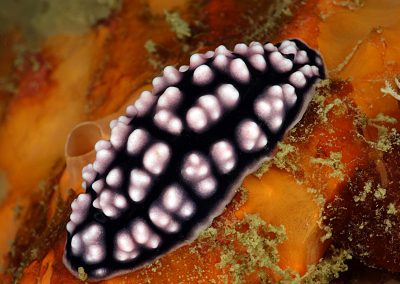 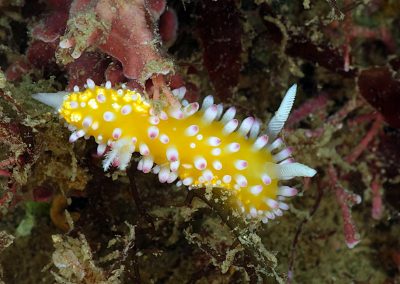 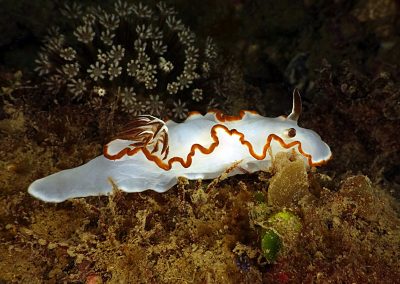 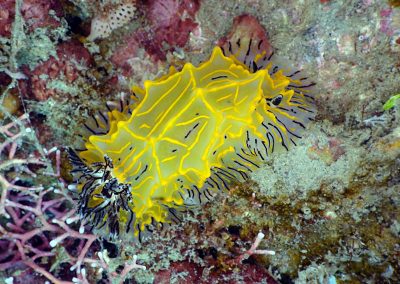 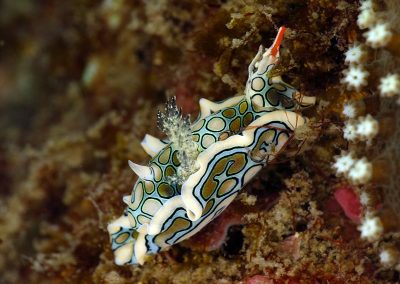 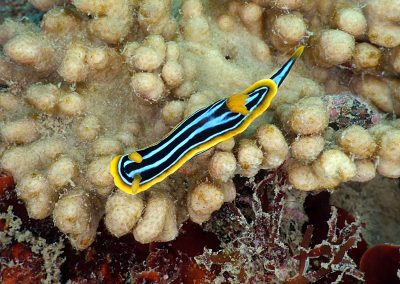 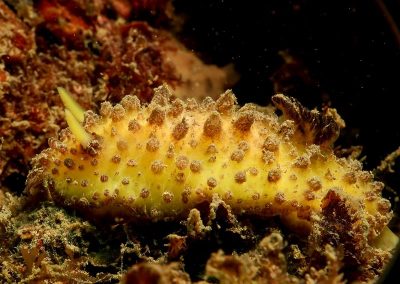 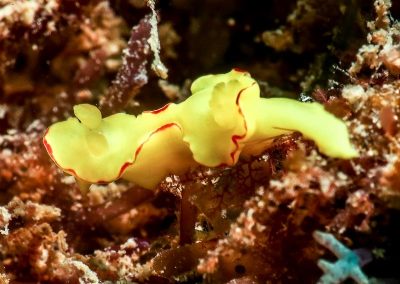 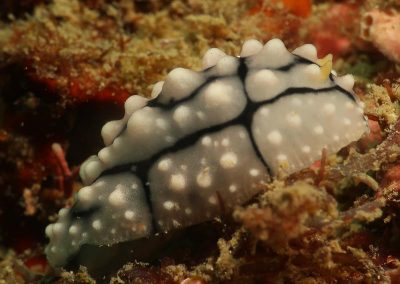 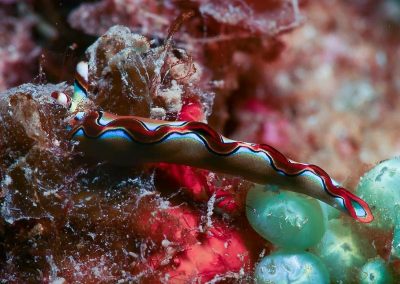 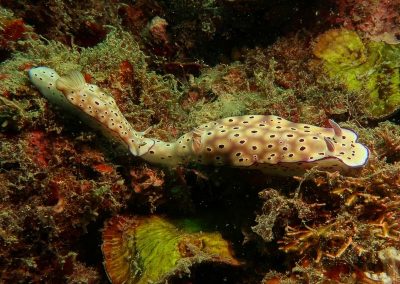 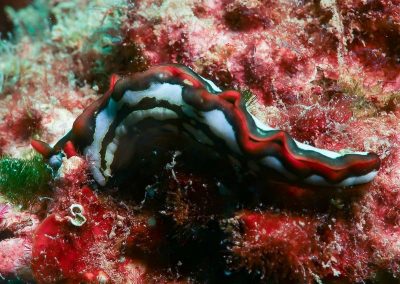 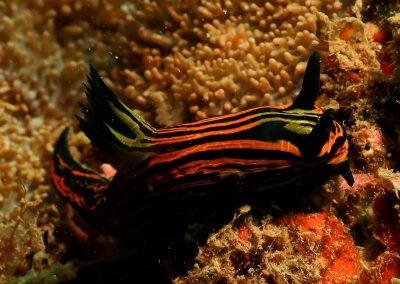 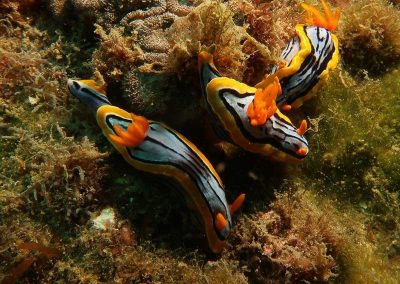 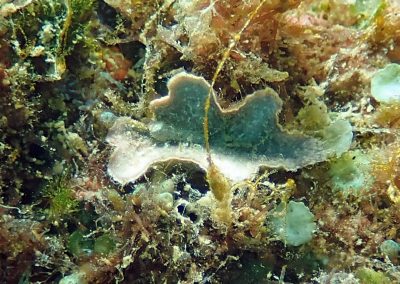 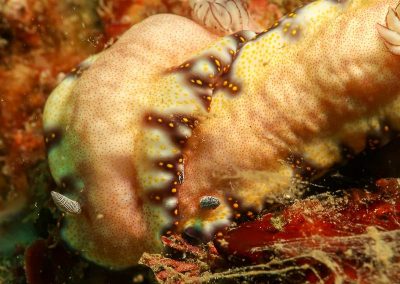 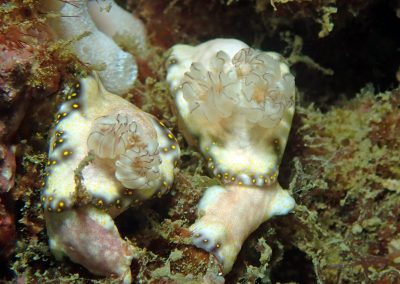