Being a public holiday it was thought best to avoid the boat ramps so we took More Mischief out, the weather appearing to be suitable. With all the run-off from the recent rain we decided it would be best to go right offshore to the Gneering Shoals and Shellacey Reef was the destination. It provides a choice of depths as well. It turned out to be a dorid kind of day with 24 of the 31 species sighted falling into that category. A current greeted us on entry to the second dive but was limited to the first several metres of depth. Finds of note included: Okenia hallucigenia, Phyllidia cf. elegans, Dermatobranchus semilunus and Halgerda albocristata. The Okenia has four pairs of lateral dorsal appendages and a single central one just anterior to the gills. There is no anterior ventral vee shaped groove on the foot so we have identified it as Okenia hallucigenia. Finds that are additions to our Sunshine Coast Sea Slug Survey list were: Ceratosoma sp. 02 and Trapania reticulata Rudman, 1987. 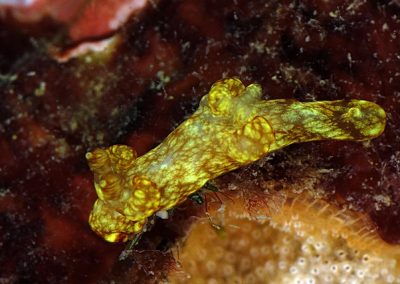 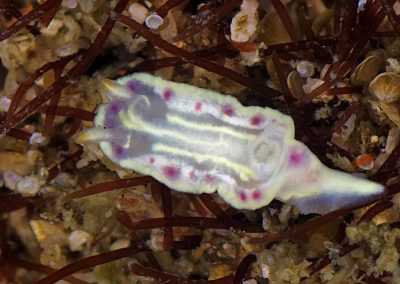 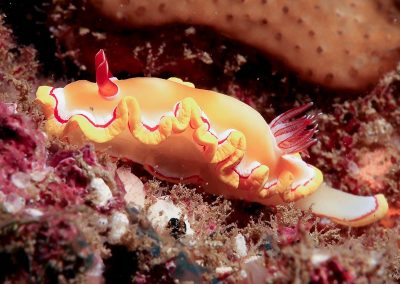 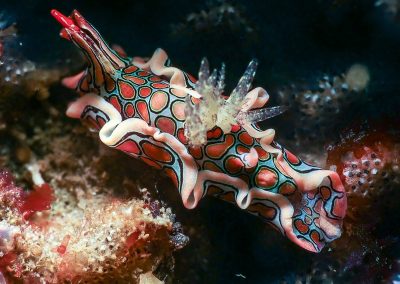 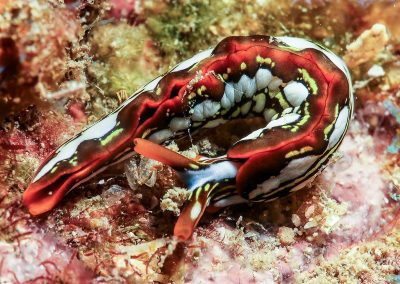 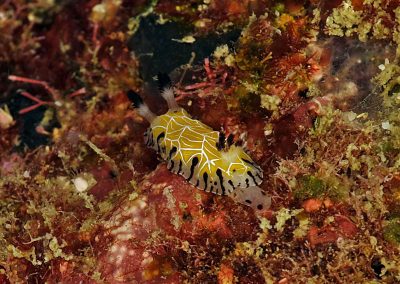 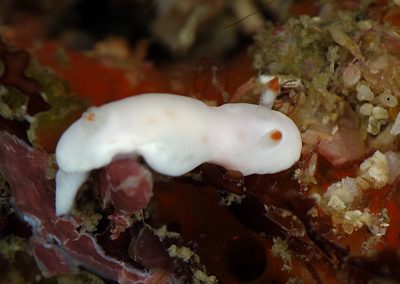 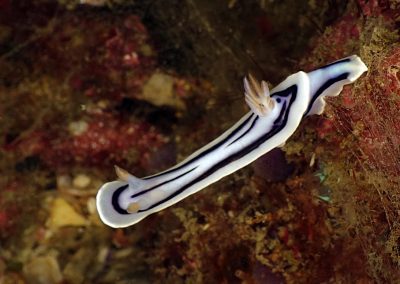 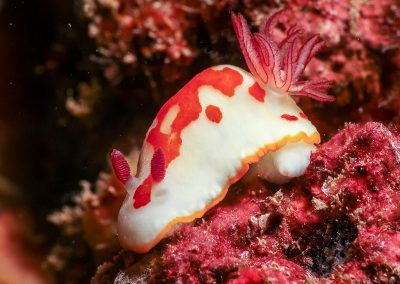 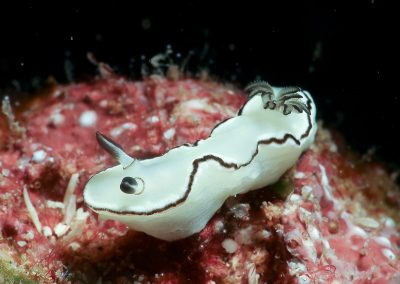 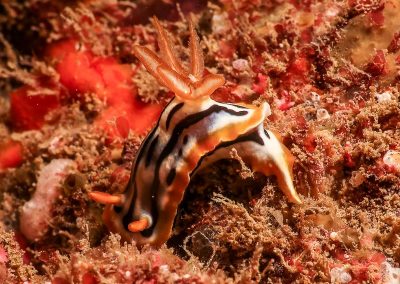 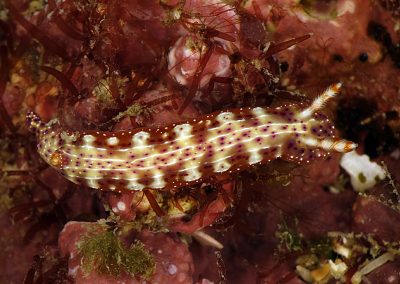 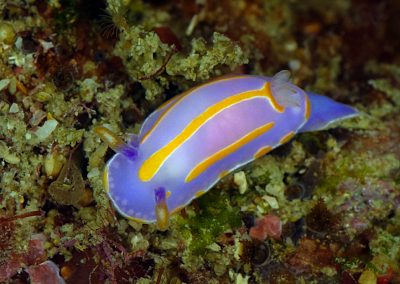 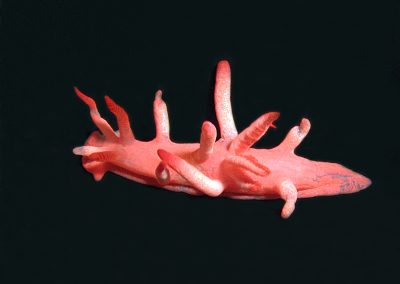 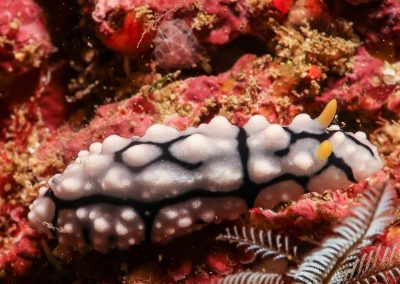 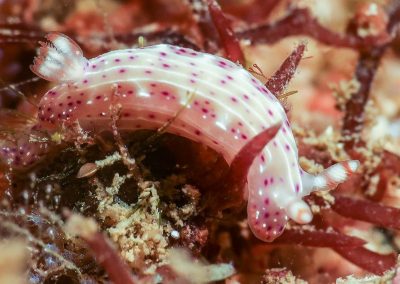 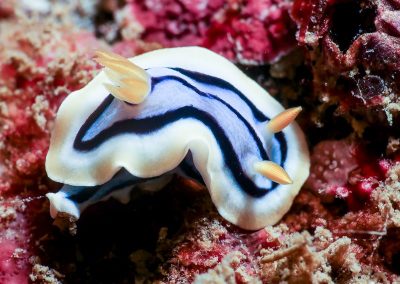 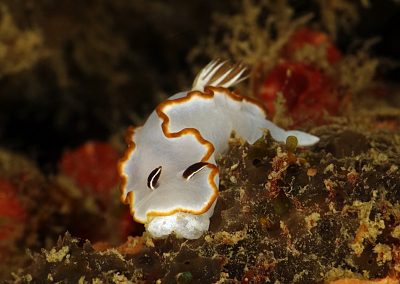