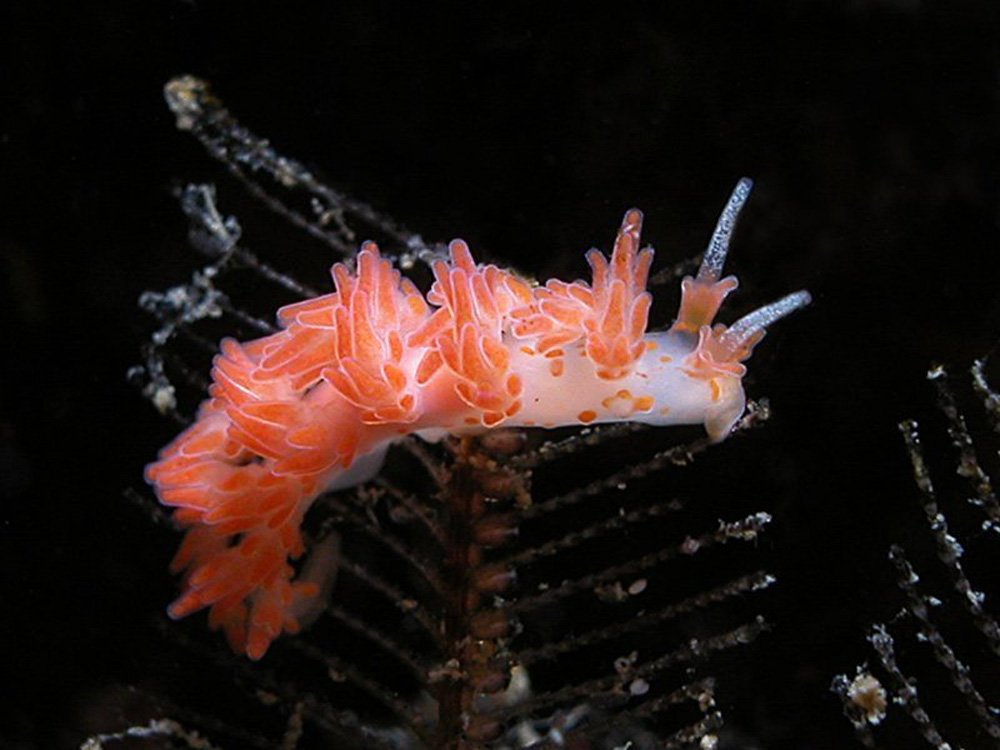 Above: Doto rosacea, displaying all the standard Dendronotina characteristics –  large rhinophoral sheaths, branching appendages arranged down the lateral sides of the notum and feeding upon hydroids.

If you have been reading the NudiNotes and Book Chapters that have been posted so far on NudibranchDomain you will have seen the word dendronotinids used for a group of nudibranchs. This NudiNote serves to explain that group, and its position in the classification of the sea slugs.

The nudibranchs (order Nudibranchia of the sea slugs) are classified into two major clades: the dorids and the cladobranchs.

The term dorid is derived from Greek mythology, Doris being a sea nymph or sea goddess. The term was also associated with the fertility of the ocean. So the word was not applied to the group because of any common anatomical feature. 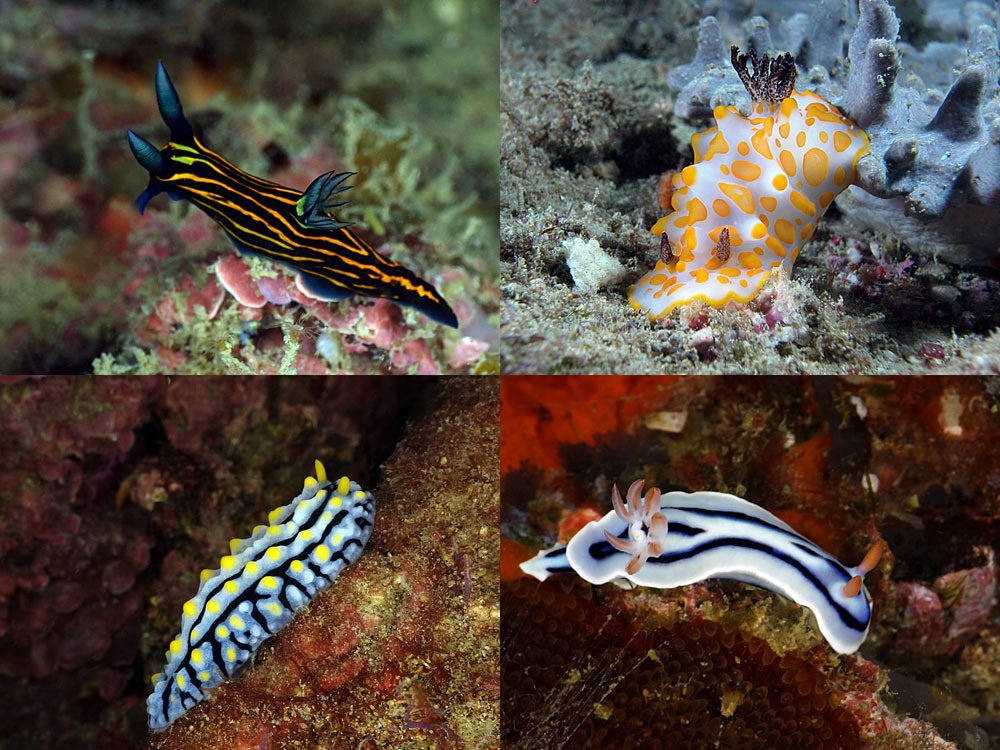 Jumping forward almost a century (and over much disputed taxonomy) the term cladobranch was coined by Willan & Morton, 1984 to encompass the grouping we use today (see below). This word, cladobranch, is making reference to the appendages or branches rising up out  of the notum as secondary gills. The second part of this word is different to the first part of the word and doesn’t mean branching as in English but rather is from the Latin branchia or Greek brankhia meaning gills. 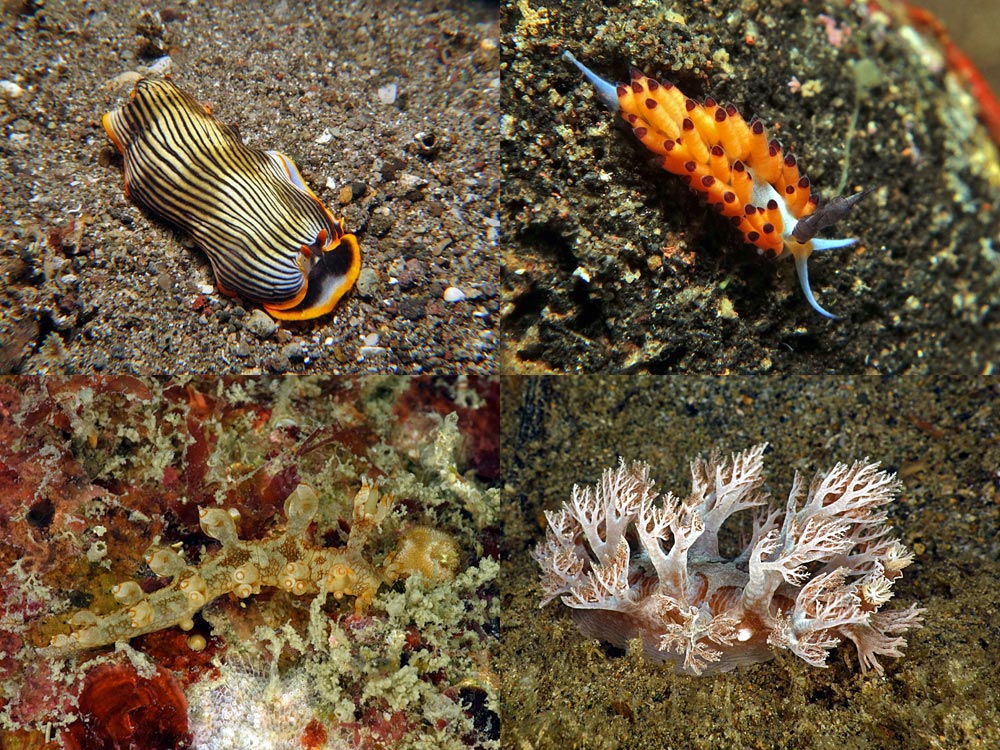 The members of Dendronotina, the dendronotinids, are characterised by the possession of distinct rhinophoral sheaths that rise up significantly from the notum to surround the stalk of the rhinophores, plus, a series of lateral appendages running down the length of the body on the edge of the notum. These may be highly branched and function as secondary gills. Dendro is derived from the Greek dendron meaning tree, a reference to the appearance of the branching appendages on the animals back or notum. Notum is from the Greek noton meaning the back, hence – Dendronotina. 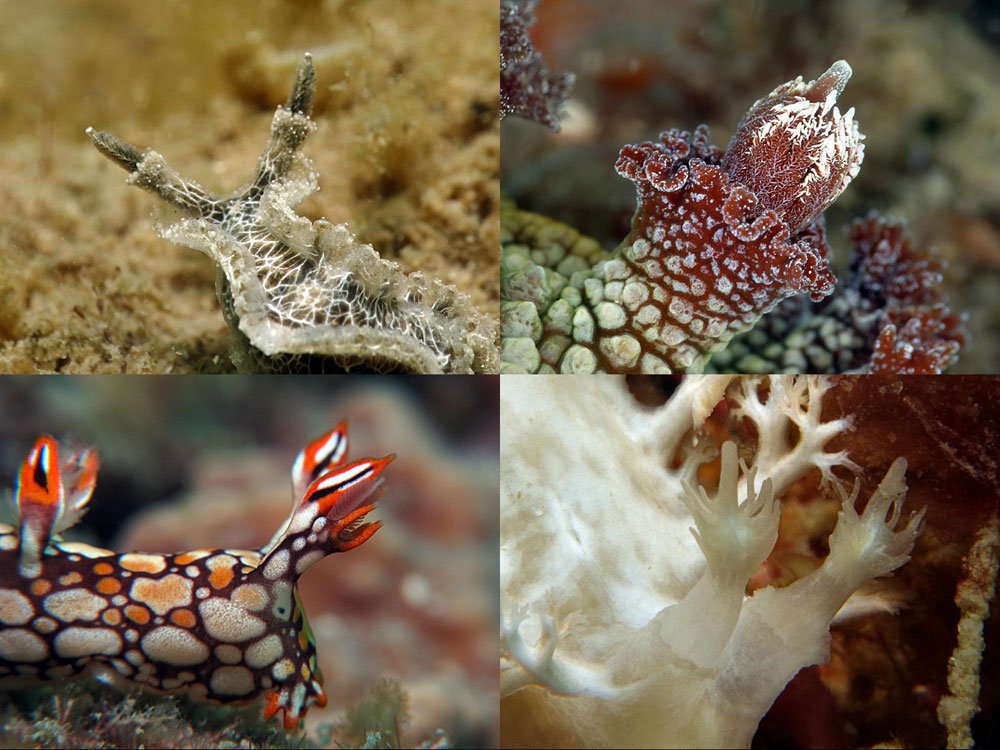 Above: Some examples of the characteristic rhinophoral sheaths of dendronotinids. Clockwise from top left: Lomanotus sp. 7 (undescribed); Mariona sp. 6 (undescribed); Tritoniopsis elegans; Bornella anguilla. Some sheaths are plain whilst others are elaborate and ornate.

All of the dendronotinids feed upon cnidarians (possessing stinging cells) apart from the Tethydidae (e.g. Melibe). Most feed upon Hydrozoa, what we call hydroids, but interestingly, one group, the Tritoniidae, feed on Octocorallia or what we call soft corals. 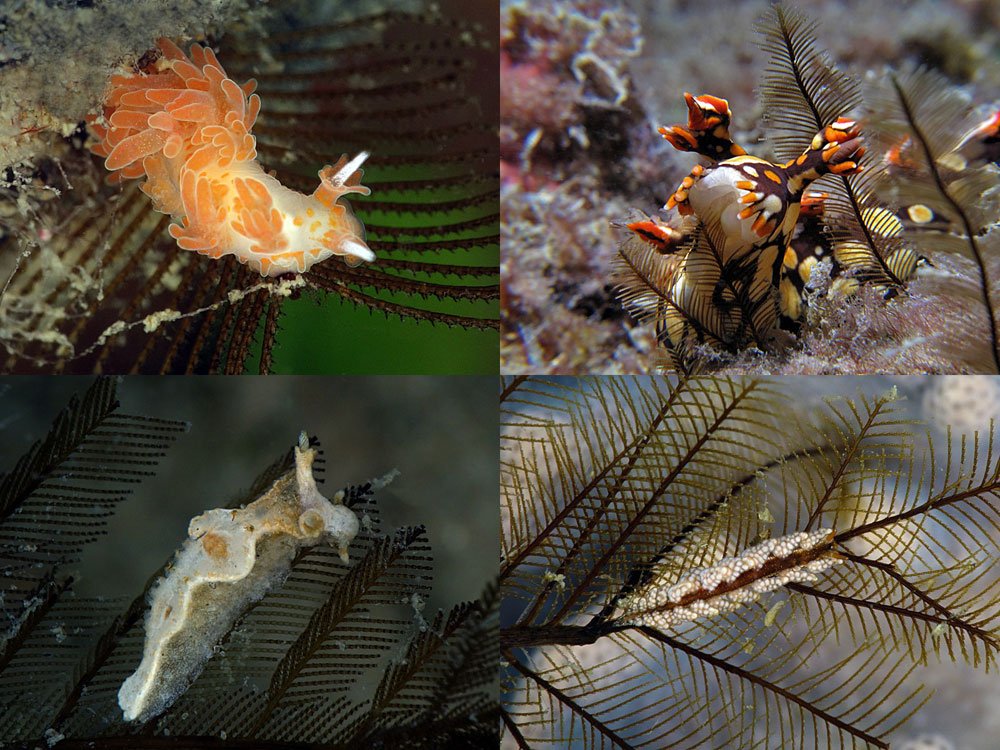 The difference revealed between the two groups by molecular sequencing is therefore also reflected in their diet – a very tidy dietary confirmation indeed. In fact, the molecular sequencing by Goodheart et al, 2017 places Tritoniidae as sister to Arminidae (of Arminina one of the other three cladobranch subgroups) many of which also prey on Octocorallia. “It appears that prey preference is particularly relevant for the evolution of Tritoniidae + Arminidae as species within this group prey exclusively on Octocorallia.” (Goodheart et al, 2017). 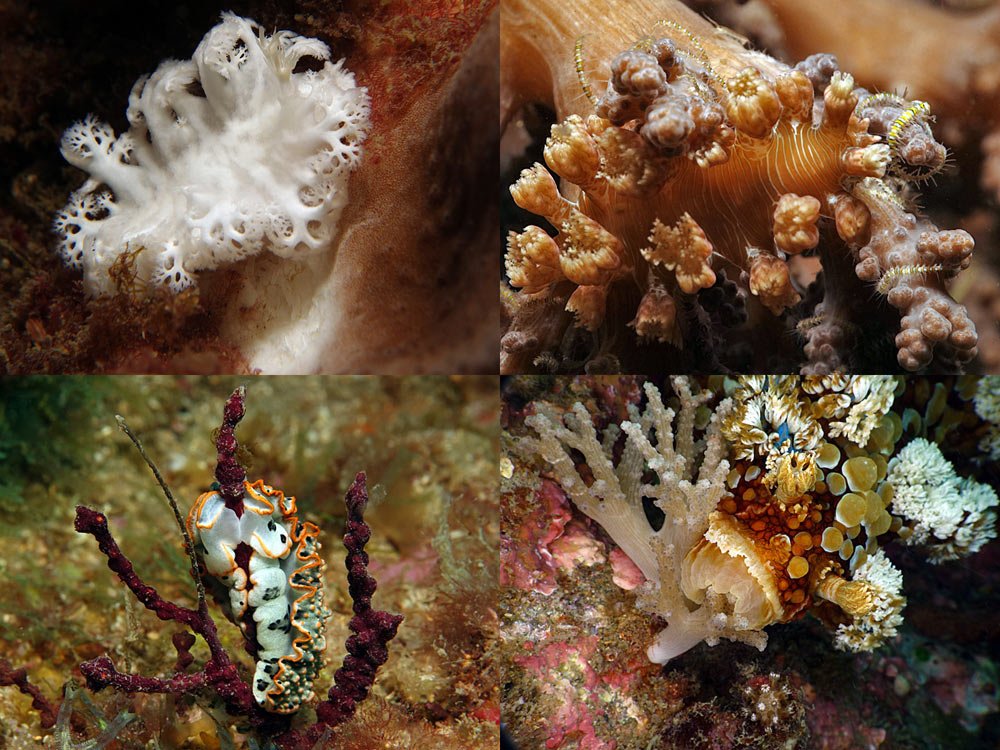 Above: Two unusual dendronotinids that don’t quite “fit the mould”. Left: Embletonia gracilis does not possess rhinophoral sheaths. Right: Melibe viridis and the other members of its family, Tethydidae, do not feed on hydroids. Rather they trap small crustaceans under their expanded oral veil.

Notes:
a) Only the well known genera of the families mentioned are listed for orientation and recognition purposes.
b) Monophyletic clades are the goal of taxonomists. It means a group of organisms, including the most recent common ancestor of all those organisms and all the descendants of that most recent common ancestor, only. Such groupings are often referred to as a clade.
c) Where an sp. number is used to identify an undescribed species that number relates to species on this website.