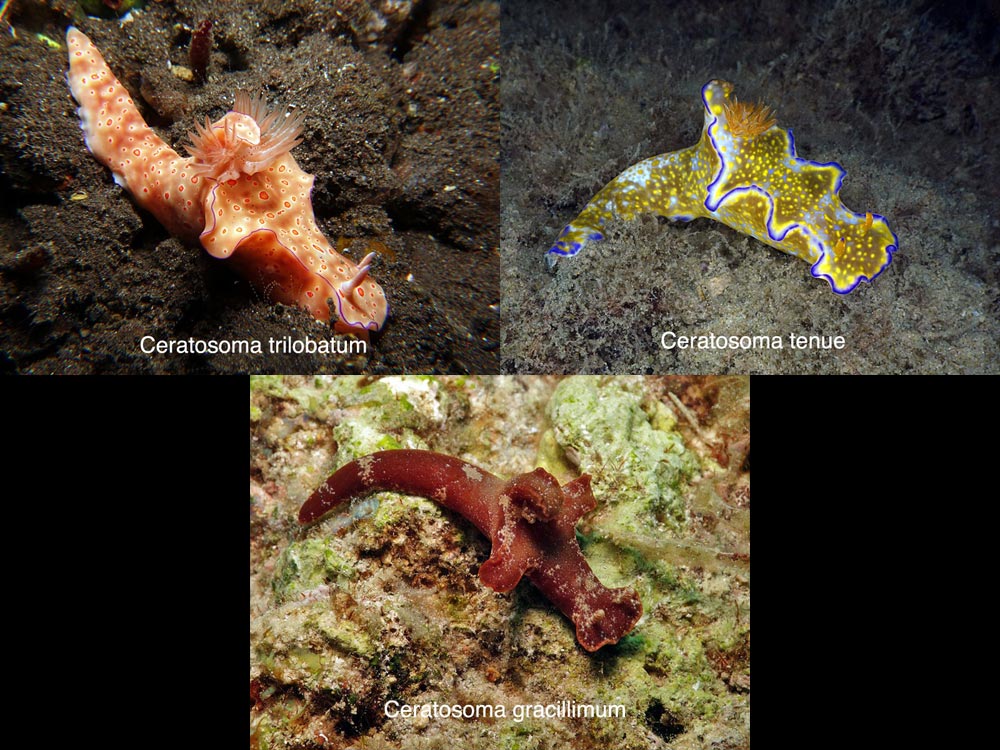 In No. 3 of this series there are actually 3 species to compare. These 3 are quite often confused and there are good reasons for that confusion. All were described not last century but the century before – the 19th century. All can present in different colour forms however there are a couple of simple morphological differences, that are readily apparent, to enable differentiation. 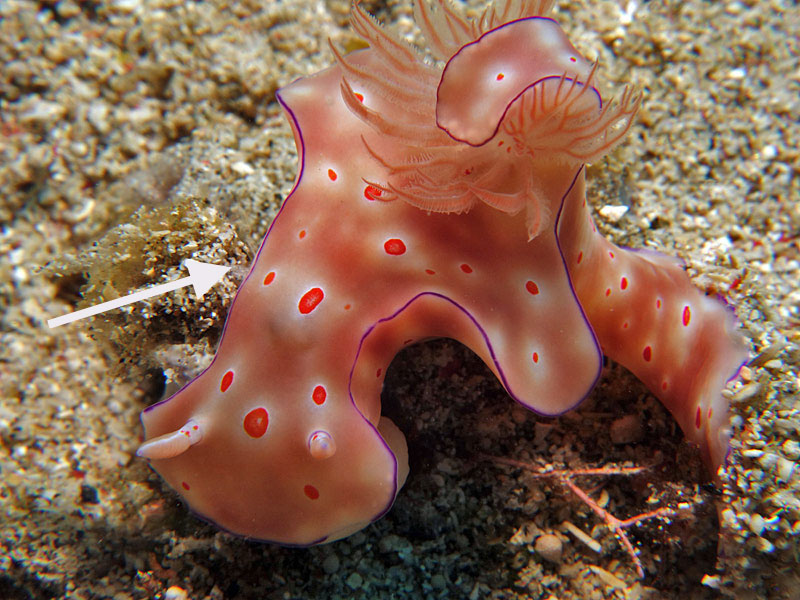 Ceratosoma trilobatum – Receives its name from the three lobes around the gill. There is no third lobe laterally between the rhinophore lobes and lateral gill lobes. 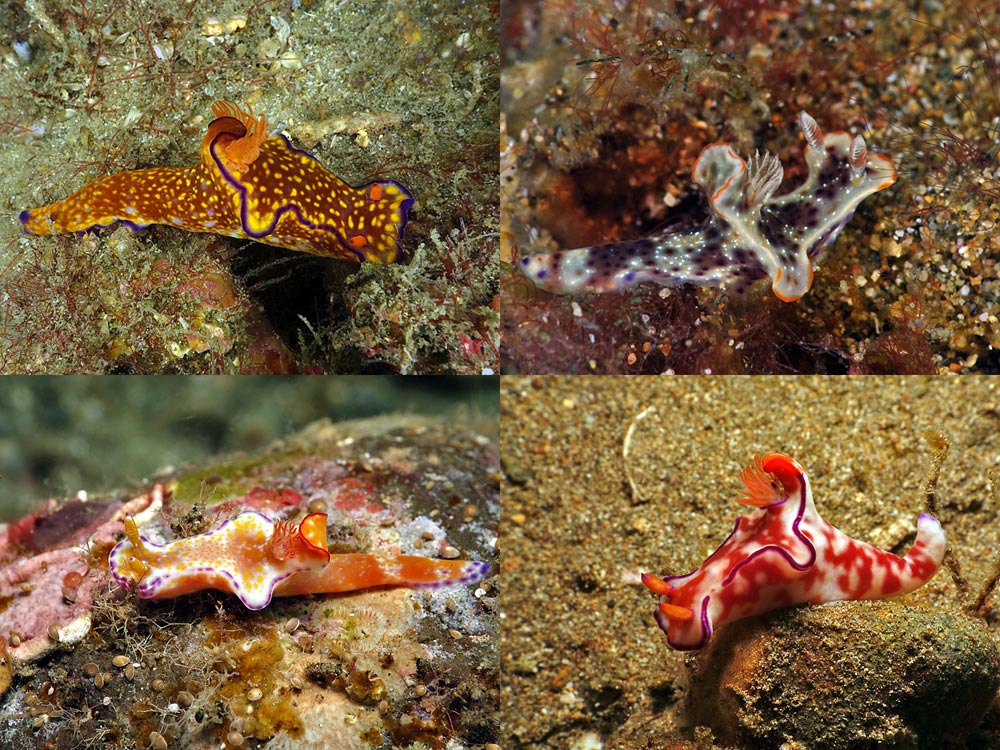 Ceratosoma trilobatum – Several colour variations shown above. All lack the third lateral lobe between rhinophore lobes and gill lobes but bear a distinct ridge between the two. As well as different notum colourations some have continuous lines and some broken lines – some lines are thick and some are some thin and different coloured lines are evident as well.

The first thing to realize is that this species was named after the three lobes that surround the gill. The two large lateral lobes on each side of the gill and the third lobe, posterior to the gill, that arches anteriorly over the gill affording protection. The anterior of the mantle dorsum widens significantly at the position of the rhinophores giving another set of smaller lobes however, these were not taken into consideration when the name was given. There is a distinct notal edge or ridge joining the anterior-most lobes at the rhinophores to those at the gill. This is highlighted by a line, most usually continuous and most usually purple in colour. The nature of that line is not always consistent and is unreliable as an identifying characteristic. 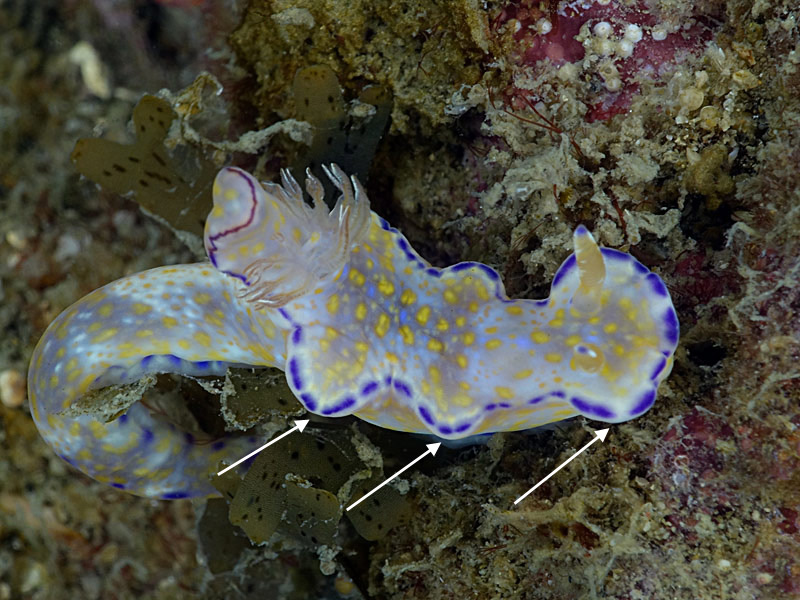 Ceratosoma tenue – The three lateral lobes are arrowed – not the naming feature for this species. 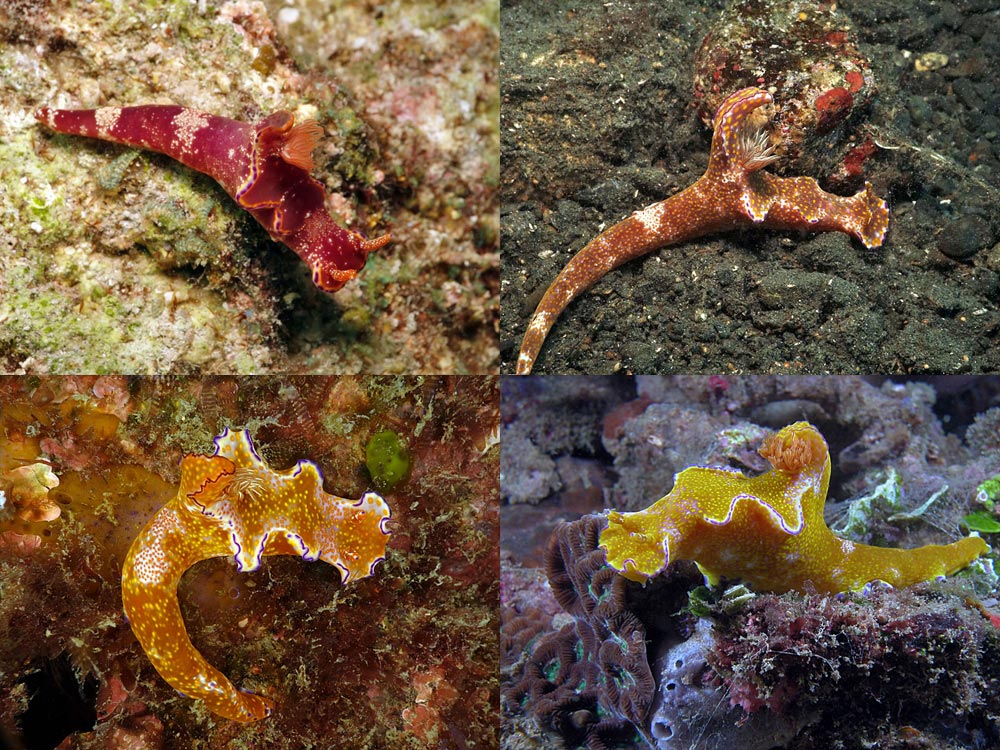 Ceratosoma tenue – Several colour combinations shown above. Note though, all have the third lateral lobe and a discontinuous line. 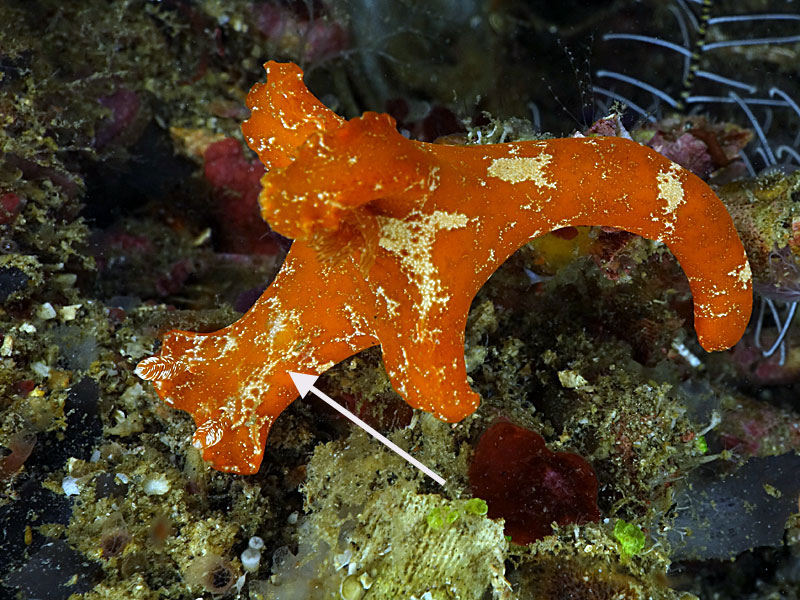 Ceratosoma gracillimum – This species has no third lateral lobe and the region between the rhinophore lobes and gill lobes is smooth and rounded without a connecting ridge – as arrowed.

This species is similar to Ceratosoma trilobatum, i.e. it does not possess an intervening lobe between the rhinophore and gill lobes. However, although it possess the three lobes around the gill it lacks any ridge or notal edge between the rhinophore and gill lobes – just a smooth curve. There is usually also no line to the edges of the lobes or joining them.

References:
– Abraham, P. S. (1876). Notes on some genera of nudibranchiate Mollusca, with notices of a new genus and some hitherto undescribed species, in the collection of the British Museum. Annals & Magazine of Natural History (4)18: 132-146, pls. 6-7.