Orders are a taxonomic rank of classification. Orders are comprised of one or more Families that share a number of similar characteristics. To see the currently accepted relationship of the various sea slug orders to each other view the Taxonomic Hierarchy under SUPPORT on the site menu.

The sea slugs were previously all conveniently and neatly located in the Sub-class Opisthobranchia (the opisthobranchs) but that has been proven to be inaccurate. They are now placed in the Euthyneura (with others) as a part of the Sub-class Heterobranchia. However the sea slugs still represent an interesting group for both study and recreational observation and you may still see the word opisthobranchs used to refer to them.

The changes (and there will be more) have come about as taxonomists look more closely at the phylogeny of the sea slugs i.e. their relationship to each other via a common ancestor, rather than if they just look alike, as the phenomenon of convergent evolution is not uncommon.

The general hierarchy is as follows:

Below is a different layout. It give button which throw out the contents of the order as you click on them. It is (to me) a much cooler way of showing the orders. Don’t worry about the design, that is adjustable. The way they navigate is to select the order than click one of the critters that appear below. 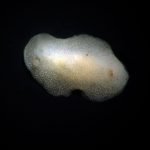 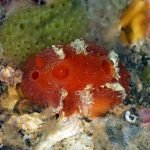