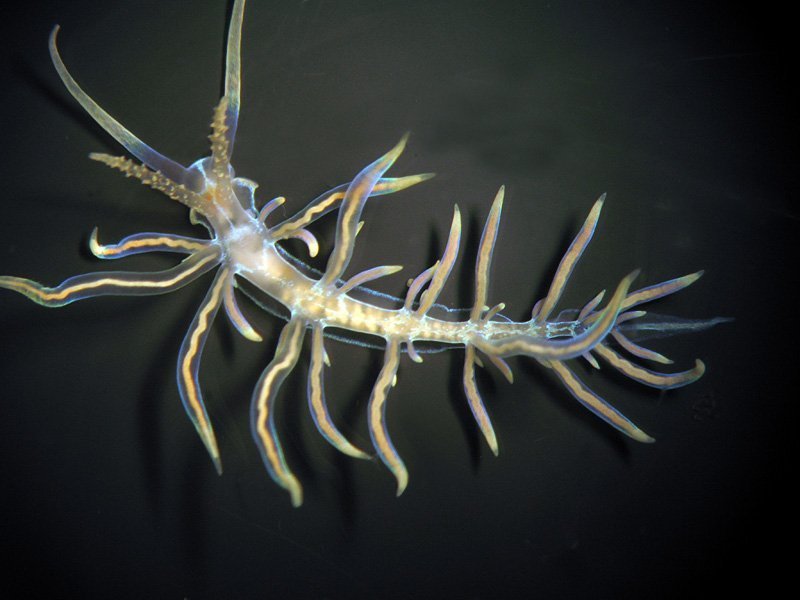 THE EXCEPTION TO “THE RULE” 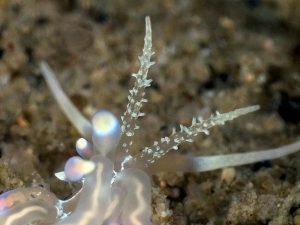 There are 27 described species of Phyllodesmium and at least a further 14 awaiting the attention of taxonomists. So in your identification searches certainly follow “the rules” but keep an open mind for the exceptions as “the rules” are only invented as a guide based on interpretation of current knowledge. In taxonomy there will always be exceptions. It is in the nature of evolution. Reference: Additions to the Genus Phyllodesmium, with a Phylogenetic Analysis and its Implications to the Evolution of Symbiosis, Elizabeth Moore & Terrence Gosliner, The Veliger 51(4):237–251, 2014