THE LITTLE SCRAPER – THE RADULA 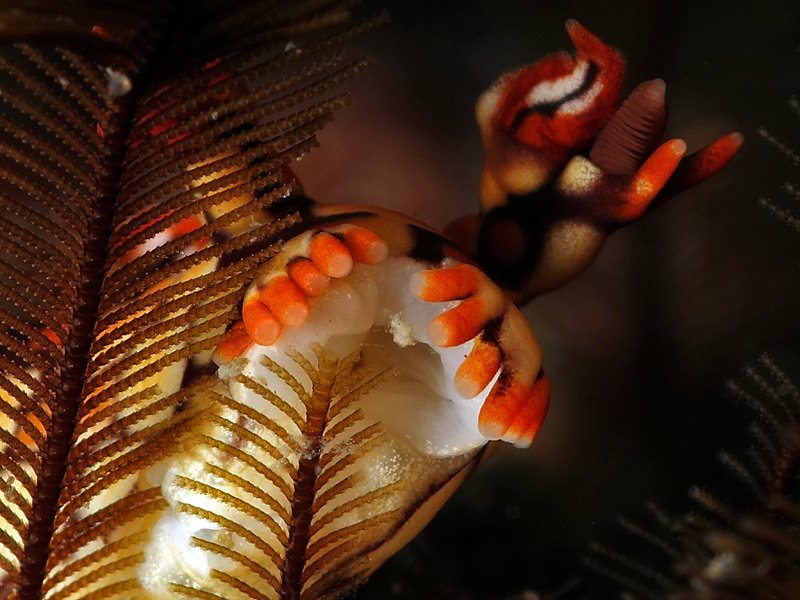 Nearly all the sea slugs, just like nearly all the molluscs (except the bivalves), possess a radula in the buccal cavity for feeding. The radula is used not unlike a combination of teeth and tongue to rasp at, puncture, slash or grip the prey for ingestion. Salivary glands assist the action of the radula and movement of food particles. The radula is a chitinous ribbon with backward facing teeth on its surface. It is situated on the odontophore, a cartilaginous base. Various groups of retractor and protractor muscles enable the radula and odontophore to be articulated – the odontophore to be protruded and retracted and in some, to assist the radula to erect its teeth. The shape, size, quantity and arrangement of the radular teeth varies considerably among species and these differences, in all of these features, are related to the diet of the animal – different food, different radula. The anterior-most portion or tip of the radula usually does most of the work resulting, naturally, in wear of the teeth. These are constantly replaced by fresh teeth moving forwards from behind. Much taxonomic evidence is deduced from the radula teeth shape and their arrangement. 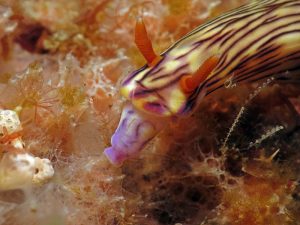 Hypselodoris zephyra with its buccal tube extended in order to place the radula upon the sponge to scape off portions for digestion. 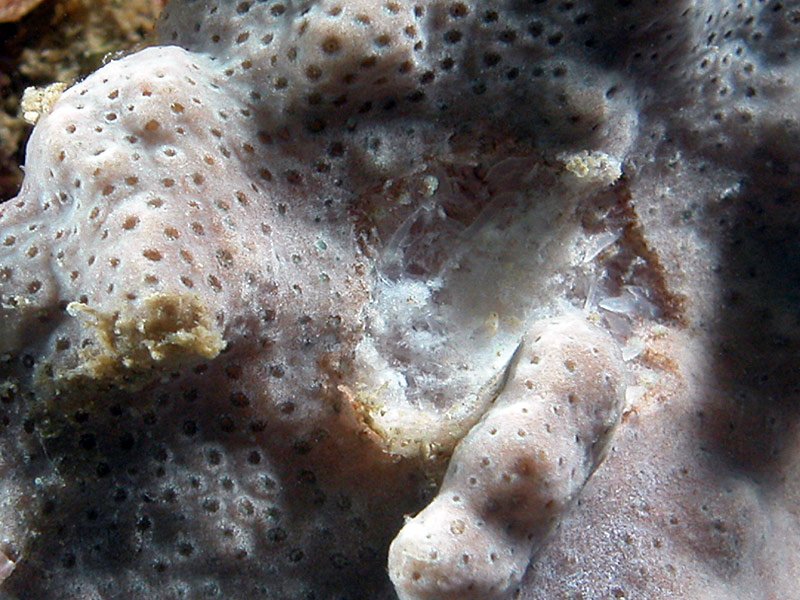 A feeding scar produced on a colony of Sinularia sp. octocoral by the radula of the nudibranch Phyllodesmium magnum. Note all the flesh removed and the hard sclerites left behind.

In the evolution of the sea slugs however the radula has been lost a number of times and these radula-less sea slugs have developed other specialised feeding methods. They include:

Porostomata: These are the radula-less dorids of the Dendrodorididae and Phyllidiidae families. They feed by secreting digestive enzymes onto their sponge prey and then sucking up the resulting “soup” into their stomach via a specialised extensible pharynx. 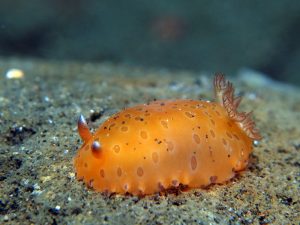 Dendrodoris guttata lacks a radula relying instead on the external chemical breakdown of its food enabling it to be sucked up. 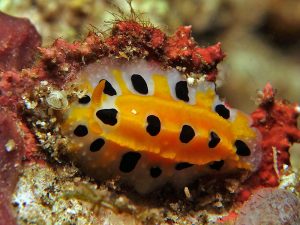 Phyllidia polkadotsa secretes digestive enzymes directly onto its sponge food and then sucks up the resulting “soup”. A radula is neither present nor needed.

Tethydidae: The members of this family of the Dendronotina Group have lost the radula and instead capture their prey by use of a well-developed oral hood that is either held up into the water column to filter feed or thrown over the substrate to trap prey beneath. 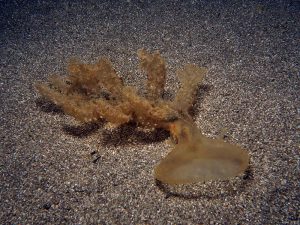 Melibe viridis showing the well-developed oral hood that is used to trap and present its captured prey to the mouth.

Aglajidae: This family of headshield slugs have lost the radula. Most evert their protrusible pharynx in order to quickly suck up their prey. Only the Odontoglaja genus, in this family, has any form of radula. 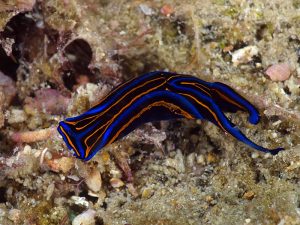 The aglajid Chelidonura hirundinina lacks a radula and instead ingests its acoel flatworm prey whole via its small but quite muscular pharynx.

It is interesting to note that the sea slugs of the order Sacoglossa – the sap-sucking slugs, have a uniserate radula, i.e. a radula with a single tooth to each row for puncturing the cell walls of their algal prey in order to suck out the cell contents. The old worn out or broken teeth are retained in a specific sac for the purpose, that has given its name to the order.

Many of the Aeolidina Group of nudibranchs have a uniserate radula as well.

When discussing the anatomy, function and behaviour of groups of living things generalisation is normally the rule in order to simplify the explanation. However there are always exceptions to the rule and these exceptions, as shown above, are usually of great interest.