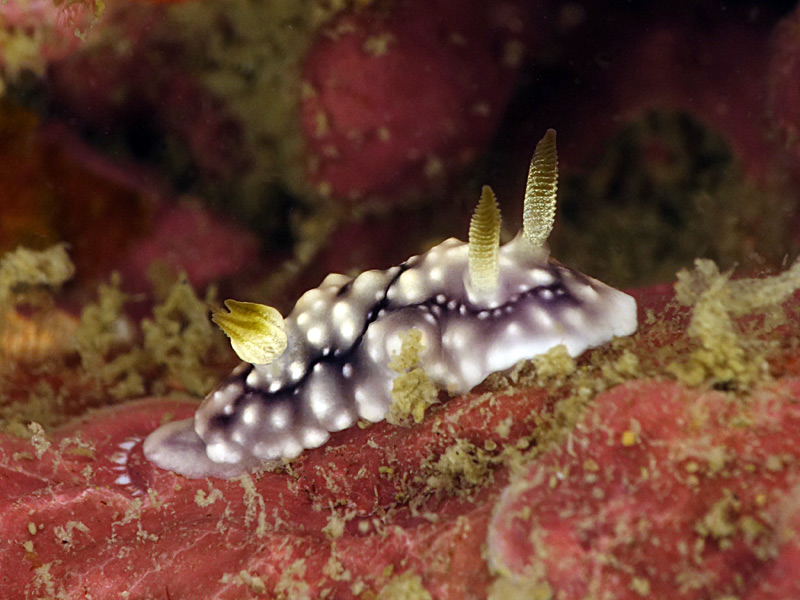 Goniobranchus geometricus, to the uninitiated, can appear very much like a phyllidiid nudibranch if the gill is not displayed – all black and white and lumpy. However there are, from time to time, other variations in the mantle appearance that make you take a second look. All though have the characteristic green-tipped rhinophores and gills. Can any be called typical? 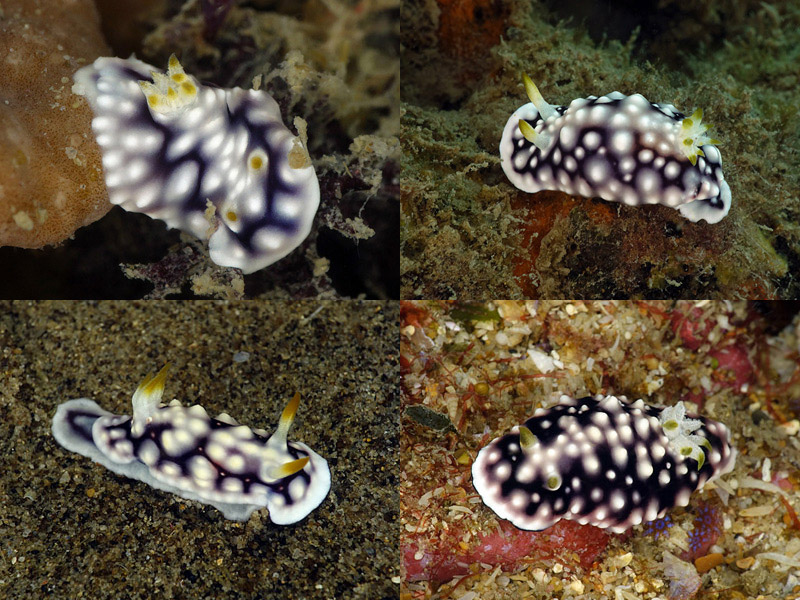 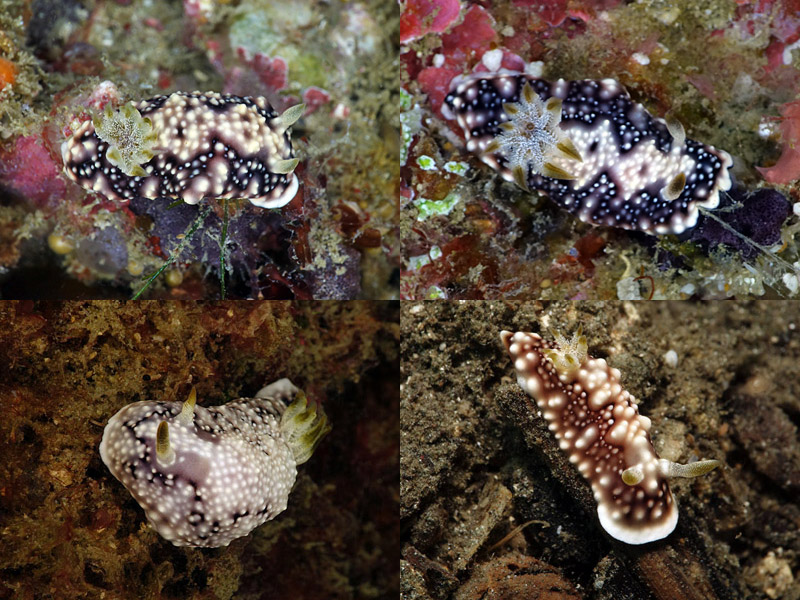 Goniobranchus geometricus: This composite image shows four more variations that present with many smaller tubercles in different arrangements.
Upper left: Tubercles are smaller and much greater in number. The off-white pigment is a light brown instead. The medial region exhibits a double diamond appearance created by the meandering of the black region that itself carries many small tubercles.
Upper right: The double diamond is very well defined. The black region is large and spreads almost to the mantle edge with fewer large tubercles. An overall darker appearing specimen.
Lower left: A profusion of small white tubercles all linked by their surrounding off-white pigment – brown closer to the mantle margin. The black region is reduced to a quite narrow meandering line.
Lower right: This specimen exhibits dark brown in lieu of black with light brown surrounding the tubercle bases. The medial tubercles are large and crowded forming a ridge.  The submarginal tubercles are also large but mostly form a continuous line. 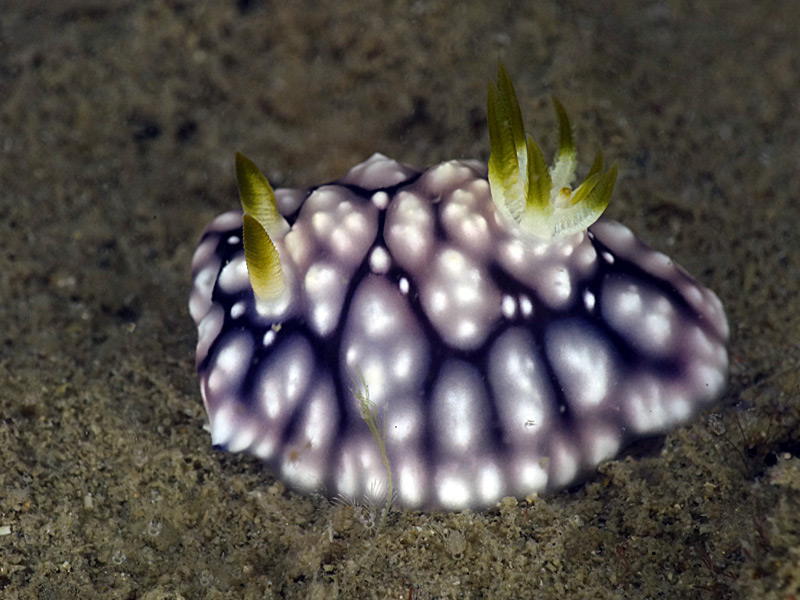 Goniobranchus geometricus: This final example exhibits black rays radiating from the black meandering line to the very edge of the mantle and even transverse lines across the top of the notum.