The sea slugs were previously all conveniently and neatly located in the now redundant Sub-class Opisthobranchia (the opisthobranchs) that has since been proven to be inaccurate. The sea slugs are now placed in the Euthyneura (with others) as a part of the Sub-class Heterobranchia. However the sea slugs, although not all as closely related as previously thought, still represent an interesting group for both study and recreational observation. The term “opisthobranchs” may still be in use to refer to them as an informal grouping.

The chart below is a simplified arrangement based upon published works as at 2017. The intention is to illustrate the relationship between the various orders that encompass the sea slugs.

Taxonomists strive to create monophyletic groupings, that is, groups where the species within are all the descendants of the most recent common ancestor and that common ancestor is unique to the group. Molecular sequencing is helping to define those groups by allowing recognition of species that although possessing similar characteristics, some of those characteristics have evolved by a process called convergent evolution, therefore demonstrating those species are not directly related through a most recent common ancestor. 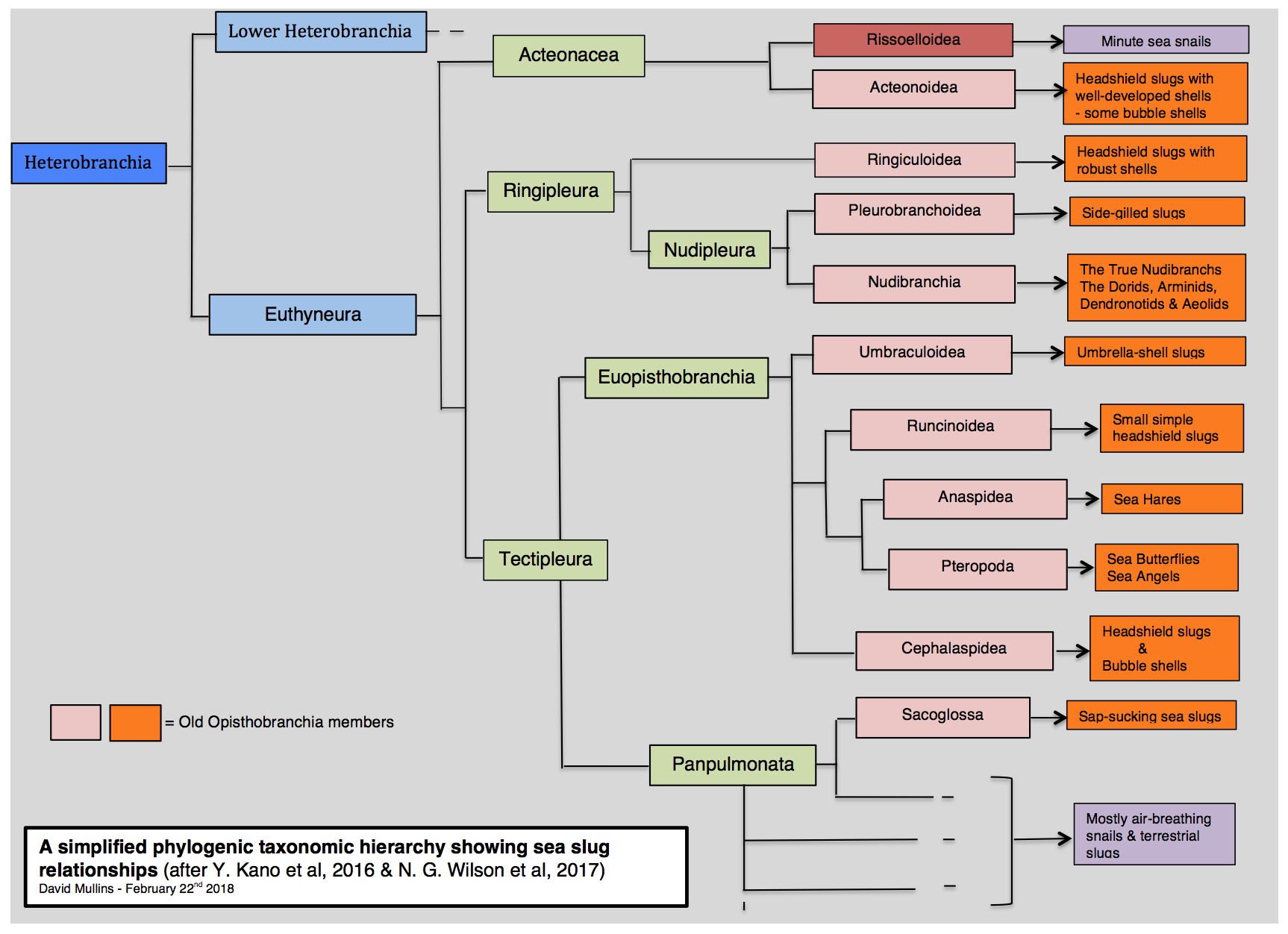